Share All sharing options for: One in six recent college grads wants to work full-time and can't

The most recent college graduates — those who finished college in 2010 or later — are least likely to be employed, Gallup and Purdue University found in their new survey of 30,000 college graduates.

Seventeen percent of recent graduates are either unemployed or employed part-time but want full-time work.

That's not as bad as the 47 percent the Associated Press said were unemployed or underemployed in 2012. But it's much worse than the economic situation of college graduates who finished between 2000 and 2009: Just 7 percent are either unemployed or doing part-time work when they want full-time. 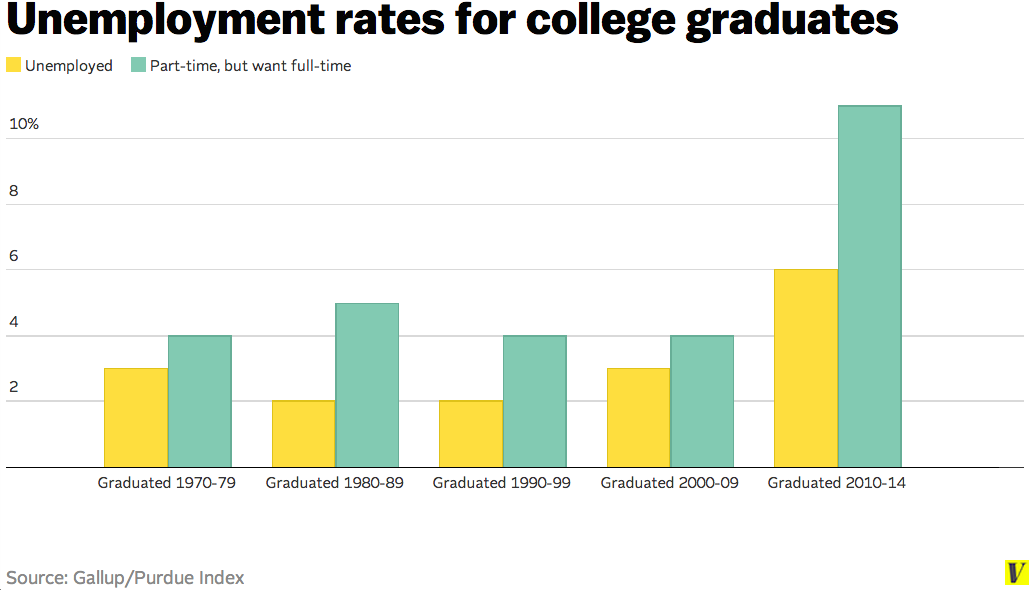