Share All sharing options for: America has fewer farms but richer farmers

Newly released data from the Agriculture Department's quinquennial Census of Agriculture shows that contrary to the impression you may get from the explosion of urban farmer's markets, the number of farms in America is on the decline. 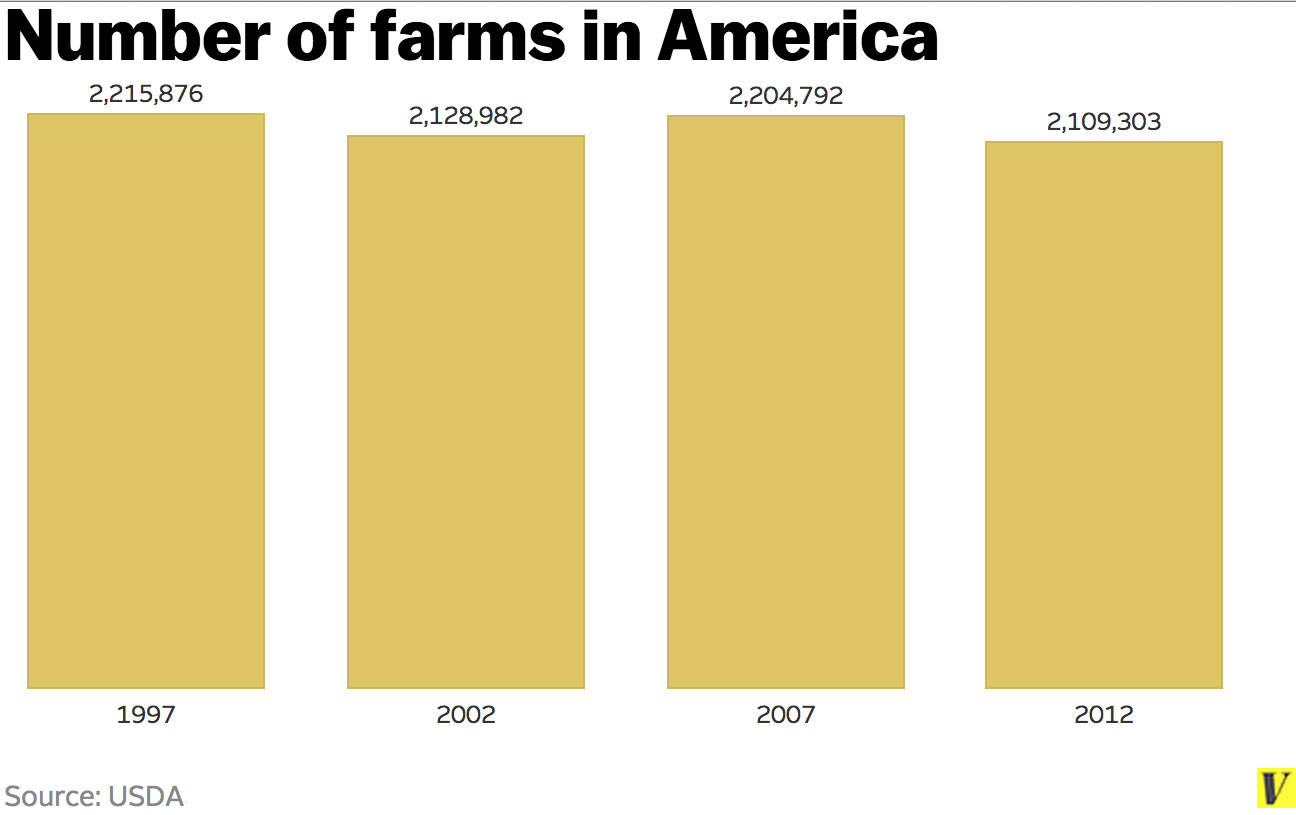 Not surprisingly, that also means there are fewer acres under cultivation: 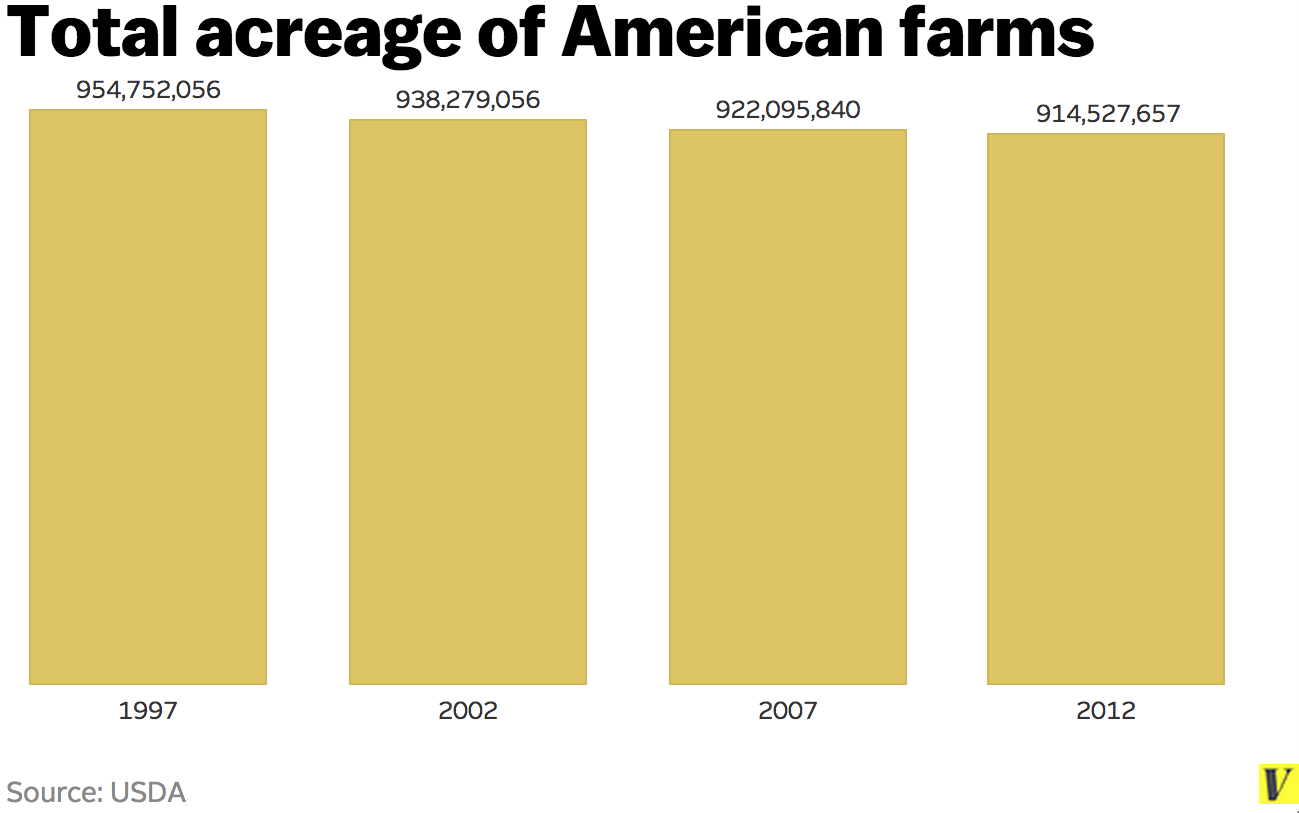 What's striking, however, is that the farmland that remains is more valuable than ever. Much more valuable. If you've invested in farmland over the past decade you have done really really well: 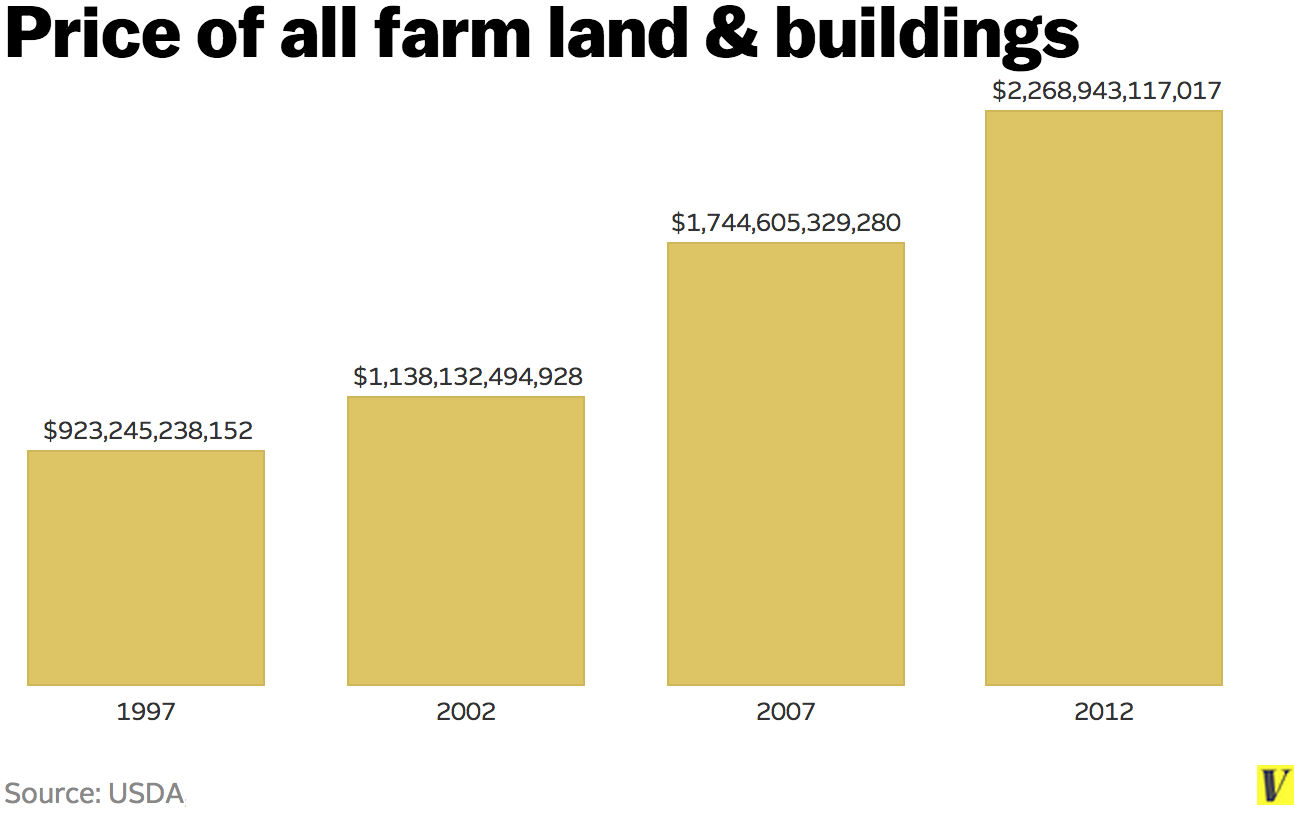 Obviously wages haven't haven't risen by anything remotely resembling 30 percent in the 2007-2012 period and over the longer hauls this shows farmland steadily outperforming housing and stocks and every other asset class I can think of.