Competent women are getting bypassed by overconfident men

Share All sharing options for: Competent women are getting bypassed by overconfident men

Ezra Klein talks with Claire Shipman – reporter for ABC's Good Morning America and co-author of The Confidence Code – about how the current workplace culture prefers overconfidence, the gap in confidence between men and women, and how both are changing as the world struggles to grow more equitable.

Claire Shipman: There are a lot of measures that show women are less confident than men. Some of them have to do with salary. There are a couple of studies, both in the States and in England, that show that when women get out of college or business school, they tend to ask for approximately 20-30% less money than the men do. In fact, when asked what do they deserve, they also said they deserve less money than the men do. 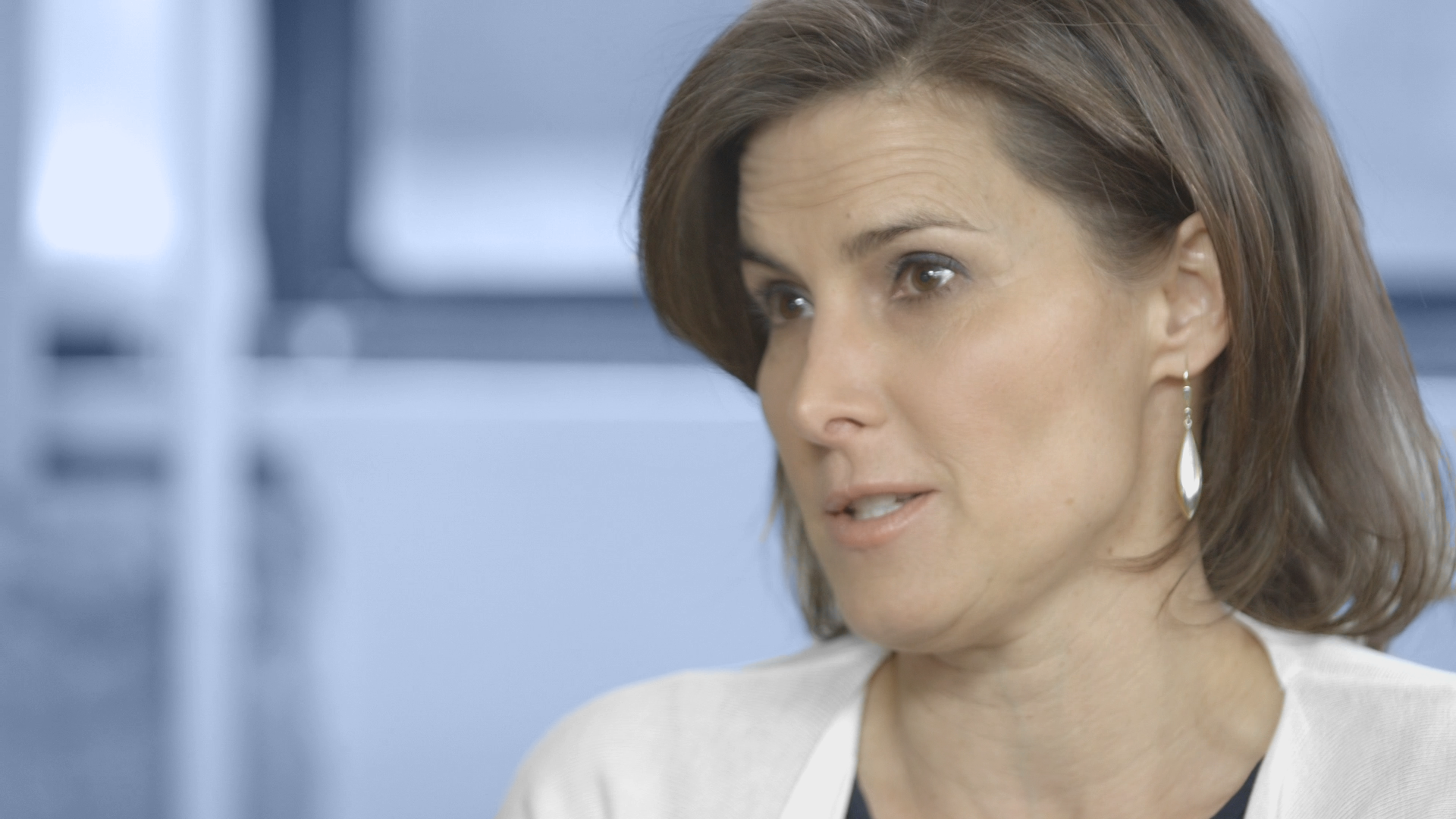 There are also some studies done by Joyce Ehrlinger and David Dunning, two psychologists looking at confidence. They've given college students tests in math and science. Mostly they found that the scores were the same, but when the women were asked how they thought they'd done on these tests, they always underestimate how they've done by a large margin. The men overestimate how they've done.

After each question he said, "How confident are you of that answer?" The women's scores dropped again.

The most interesting test for us was one that Zach Estes ran about spatial ability and confidence. He used spatial ability because it's viewed as something that men tend to be better at. The scores came back and, yes, the women did worse, but he started looking at why, and it was that the women weren't answering a lot of the questions.

Ezra Klein: There are a couple parts of the book in drawing out the implications of those findings that are really depressing. When you read some of these studies, I think you might step back and say, "You know what, that's great. If men are overconfident fools, and women correctly have more humility about what we as fallible human beings know about the world, that's going to be a huge advantage for women."

Then you run the numbers, and you find that people projecting overconfidence in the workplace ends up being a huge advantage for them.

Claire Shipman: There is a guy out at Berkeley, Cameron Anderson, who studies overconfidence, and he has found that in many cases, confidence can be more important than competence.

For us, that's such a clear divide, because women strive to be competent. We think, "If we just do a good job, somebody's going to notice and move us to the next level," and what he's found is, no, people who are actually not just confident, but slightly overconfident, do better. They get more success, they're viewed as leaders of the pack, and their ideas carry more weight.

We were depressed by this, naturally, and we went back to some of the scientists we talked with who study confidence in rats. This really brilliant guy at Coldspring Harbor labs, Adam Kepecs, who screws these electrodes onto these rats' heads and runs them through tests, put it the best to us. He said, "Confidence ultimately should be a calibration tool for your life, a really important compass, and at the end of the day, you want it to reflect reality, but you want to have a little bit of overconfidence, because that's what will spur you to act. If you don't have a little bit more confidence than maybe your ability would call for, you might not do anything."

Ezra Klein: Then you have the flip of it. On one hand, you find that confidence is important for getting ahead in life, but there are a lot of manifestations of confidence that, when men put them forward, are considered to be very attractive, and when women put them forward, to just be blunt about it, the women are then spoken about behind their backs as a "bitch."

"In many cases, confidence can be more important than competence."

Claire Shipman: I think we are in a bind right now, but I think the landscape is changing quickly. I think with certain generations of male managers, men who are boomers and older, there may be a sense that that kind of traditional-looking confidence is what is valued.

But more and more, the way women work is really valued. People see that listening, conciliation, negotiation, the lack of hierarchy, is actually what's valuable in the twenty-first century workplace, and so this is happening. Christine Lagarde put this paradox to us best. She said, "We can't, in pursuing confidence, which is necessary for women, try to be like men," because we're going to lose all of those other qualities. We have to dare the difference. We have to make a virtue of the fact that we're doing something different.

Ezra Klein: Whenever you look at studies like these, you have to think about the fact that they're describing the world as-is. That's a really important thing to do. But if we're seeing workplaces change such that the way women work increasingly is valued, then how do you judge whether the answer is to adopt more stereotypically male traits or to try and change the underlying context? How do you both prepare, deal with the world as-is, but also try to make a world where being an arrogant asshole is not hugely selected for?

Claire Shipman: We didn't put it quite that harshly. One of the questions in our book was, "Do you have to be a jerk to be confident?"

Ezra Klein: This is new media, we can curse here!

Claire Shipman: It's so interesting to think about what the workplace would look like if it were completely run by women, or had been created by women. Again, to come back to Christine LaGarde, she was talking about a panel she was on at Davos with four women and one man, and she said the man just kept interrupting everybody. I, of course, being a TV journalist said, "Yes, of course, and that's what women need to learn to do." We have to interrupt, or we're never going to get to talk.

She said, "No, actually, in that setting, he seemed really rude, and it didn't work."

Ezra Klein: You have a daughter, I believe, and so you're raising a young woman, and you have all of this data in your head. What does it say, then, about being a parent? What do you do differently?

Claire Shipman: It's a little overwhelming to suddenly have all of this data. My daughter is a tomboy, and is actually not a girl who wants perfection. This is one thing we've talked about with what happens with our girls today. It's not that they feel that they can't do things. No girl grows up thinking, "I can't be an astronaut" anymore. It's that they're so focused on getting everything right, that they're not learning to screw up, and they're not learning to fail and then realize that, "Oh, okay, I can take a risk and fail. So what?"

They get all the way through college and they don't want to go try to join a new company. So I have been trying to embrace this side of my daughter more, which is difficult. She doesn't want to comb her hair, doesn't want to dress a certain way, sometimes doesn't care if she turns her homework in. That was not me at all.

I just think, "Okay, so this is going to be good for her. She'll learn that maybe it is okay not to turn your homework in." It's not but I'm going to try to step back a little bit. It's also refreshing to feel, for parents, that failure's okay. That you can step back and watch your child fail, and it's painful, but if you can also then, at the same time, hear yourself, "Wow, great life lesson," it stops you from wanting to jump in and fix it. That's been useful.

"It's really important for men to understand that their female colleagues are not always speaking up about their own accomplishments."

Ezra Klein: What is the single lesson that you think men should take from the book?

Claire Shipman: Interesting. People have been asking us that, too, and some of the talks we've been giving, men have been saying, "Is there something we could do to help?"

Ezra Klein: I'd like to make this about us.

Claire Shipman: Make it about you. How intriguing! I think it's really important for men to understand that their female colleagues are not always speaking up about their own accomplishments.If men care about it, it's good to give them a nudge. This is what we've actually said in the book, too, that the best thing you can do for a colleague, or a friend, or a daughter, is not, "Oh, it's okay, you're great, you're great, really, tell me more," it's, "You know what? Get out there and do that. Go ahead. What do you have to lose?"

Give a little push. Women often need that little push, that men just don't seem to need, although some men do, I will say.

Ezra Klein: It's funny because I feel like all the relationship advice until this moment in my life has been, "Do not respond to your wife's being upset by confidently giving them advice on how to solve their problems."

Claire Shipman: Oh my God, we're going to have to go on Dr. Phil now, this is horrible. I don't know that I'm speaking about relationship advice, because that's true. I'm trying to think if I'd want my husband saying, "What's wrong with you? Just get out there and do it," but I do think in the workplace, a nudge, or a, "Have you thought about this? Why don't you think about that?"

Marie Wilson, who ran for a long time, the White House Project, which was all about getting women in politics, said that they have found with all the studies they've done over the years, that women just don't naturally look in the mirror, as she said it, and see themselves as senators. But all it takes is one person saying to them, "You should run for city council," and that push is what can make the difference.

---
This transcript has been lightly edited and condensed for clarity. An earlier version incorrectly referred to Justin Kruger rather than Joyce Ehrlinger

Just about everyone in America is finally eligible for a Covid-19 vaccine. Now what?

Flying will be the worst part of your summer vacation

By Umair Irfan and Neel Dhanesha