Americans are likelier to die due to pregnancy complications than Russians

Share All sharing options for: Americans are likelier to die due to pregnancy complications than Russians

More American mothers die due to childbirth and pregnancy-related complications today than they did during the 1990s.

The findings, published Friday in The Lancet, indicate that, while infant mortality rates are improving, America is one of the few countries actually seeing an increase in its maternal mortality rate. 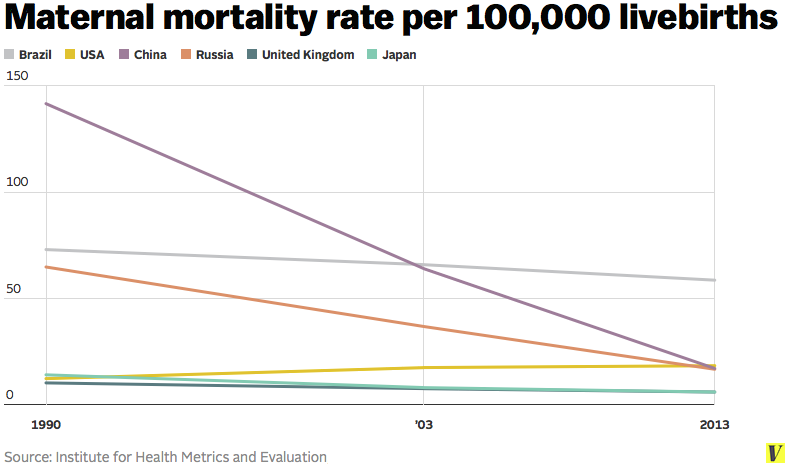 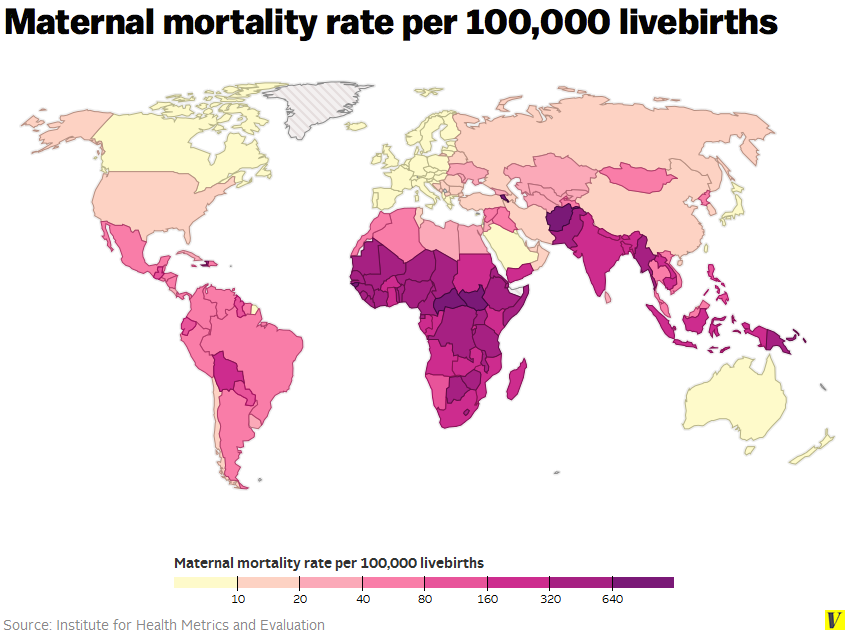 What's behind the trends?

Most of the world, even when divided into developing and developed countries, have seen steep declines in maternal mortality since the 1990s. The progress is largely thanks to better education, greater awareness of risky practices during pregnancy, and medical and technological advancements in the past couple decades. These helped reduce common causes of maternal deaths, including botched abortions, infections, high blood pressure, and hemorrhaging.

It's not completely clear why, but Nick Kassebaum, a University of Washington researcher involved in the study, says there are a few possibilities.

For one, the United States has higher rates of obesity and heart disease, which make pregnancy riskier.

Another problem, Kassebaum says, is many Americans might not be able to afford or access the health care they need — a result of living in a country where care is more expensive and tens of millions don't have health insurance. Since complications during pregnancy and childbirth can require extensive follow-up, lack of access to care can be life-threatening in some instances.

It's also true that the US, in general, is getting better at reporting maternal deaths, which may be driving the rate up just because more cases are being reported. But Kassebaum cautions that the reporting improvements aren't enough to account for most of the rise in maternal deaths, and other developed countries reduced their maternal death rates despite also improving their reporting capabilities.

Perhaps as important as what's causing the deaths is what's not: Kassebaum says that his analysis saw maternal deaths increase at every age group, so it's not older mothers, who are more likely to die during childbirth, driving America's increase.

How can we improve?

federal and state governments should take steps to better understand the problem and its causesEven in the countries that improved, there's still a lot of progress to be made. Latin America, Africa, and south Asia in particular still have maternal mortality rates in the hundreds and even thousands. In many of these countries, simply increasing access to skilled and trained doctors, modern facilities, and improved sanitation could go a long way.

In the US, Kassebaum says federal and state governments should take steps to better understand the problem and its causes. He cites the UK's Confidential Inquiry program, which identifies and investigates maternal deaths to guide improvements in the British health-care system.

Increasing access to health care in the US would also help, Kassebaum explains. There's already some evidence that's happening following Obamacare, but whether that will be enough remains to be seen in future reports on the issue.

Update: Changed the headline and lead paragraph to clarify that maternal deaths don't all happen during childbirth.