This awesome footage of DC was shot by an illegal drone

Share All sharing options for: This awesome footage of DC was shot by an illegal drone

As one of those rare people who actually grew up in Washington, DC, it's nice to see things that cast your city as a real place rather than, to paraphrase a sage, a wretched hive of lobbyist scum and political villainy. So I'll take any excuse to post this pretty aerial film of DC — especially since it actually tells us some interesting, and rather troubling, things about global security and privacy in the era of cheap drone technology.

Pretty, right? Too bad it's illegal.

Vice, which first dug the video up, learned that a 2009 FAA regulation bans flying unmanned aerial vehicles, or drones, in the District — a thing the FAA recently reaffirmed after people flew some drones near the White House. That underscores the most likely reason flying drones is illegal in DC: there's a lot in DC that a bad person might choose to target by strapping a bomb to a small, commercially available drone.

However, the person who made this video hasn't yet been scooped up by law enforcement. Viktor Mirzoyan, the hobbyist who made the video, responded to question about potential legal harassment with a flip "no feds, no water-boarding, and no Guantanamo."

The fact that no one's bothered Mirzoyan is a good thing. Criminalizing the flying of drones in DC might not be the way to deal with the problems they pose for local security. But the fact that Mirzoyan filmed all that he did, and skated by, is revealing about some of the ways that technological innovation is going to make surveillance much, much easier in the 21st century.

Two things are inevitable in the next few years. First, commercial drones like this one will become more widely available and easier to use. Second, high-definition cameras will get smaller and better at wireless transmitting. These trends are pretty clearly in evidence right now, and they don't appear to be slowing down.

This combination means it'll get much easier to make films like Mirzoyan's — for fun as well as for more potentially nefarious purposes. You can see in the DC film how easy it is to get detailed aerial shots even using today's technology. We already have drones the size of flies working in labs. As this more miniaturization of both cameras and drones like this goes commercial, it'll be really easy to do surveillance unobtrusively — even in places like DC where it's supposed to be illegal.

Surveillance is a critical part of how terrorist, criminal organizations, and security services run amok do their dirty work. Smaller, cheaper, high-definition drones will make all of that easier to do without getting caught, much in the same way that Mirzoyan's drone flight didn't make a ton of waves even after being publicized around the internet. 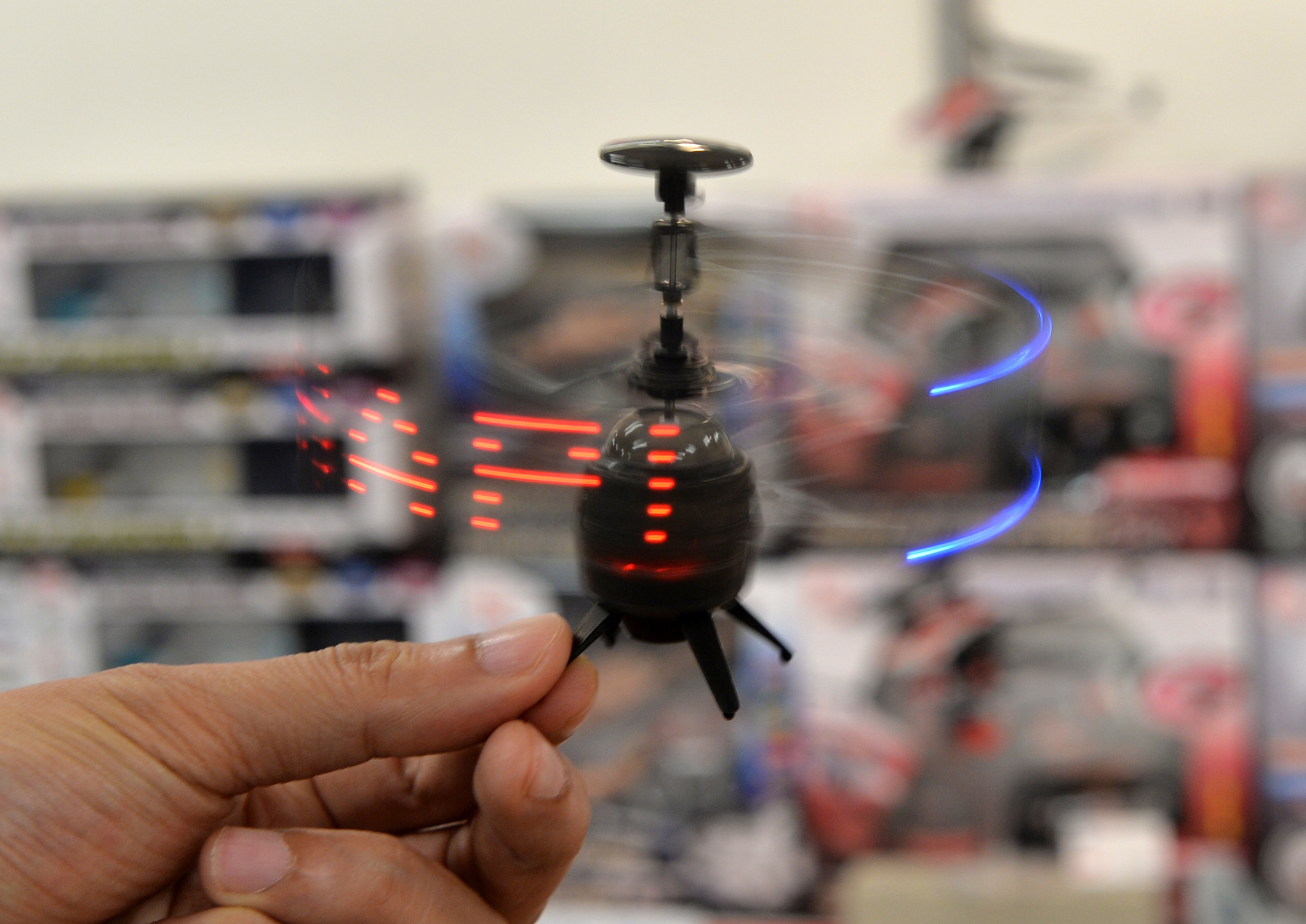 To be clear, there's little cause for alarm just yet; you will probably not see a wave of drone terrorism or COINTELPRO-style FBI mini-drone shadiness, if only because there are other barriers restraining them. It's still hard for terrorists to organize and arm themselves, much less a tiny flying automaton, and the politics of surveillance are turning in favor of expanded civil liberties protections.

But it'll be easier, at the margins, for criminals or over-aggressive law enforcement to reach a little further and do a little more damage than they could have without easy access to drone technology. And it's not 100 percent clear that anyone's quite sure what to do about it.