The Vox Lime Index: Lessons we learned from the limepocalypse

Share All sharing options for: The Vox Lime Index: Lessons we learned from the limepocalypse

By: Alex Abad-Santos and Danielle Kurtzleben

It's time to bid farewell to the Vox Lime Index. US lime prices appear to be moving closer to normal, with the average advertised lime price in the US sitting at 30 cents — not far above where it was last year at this time. 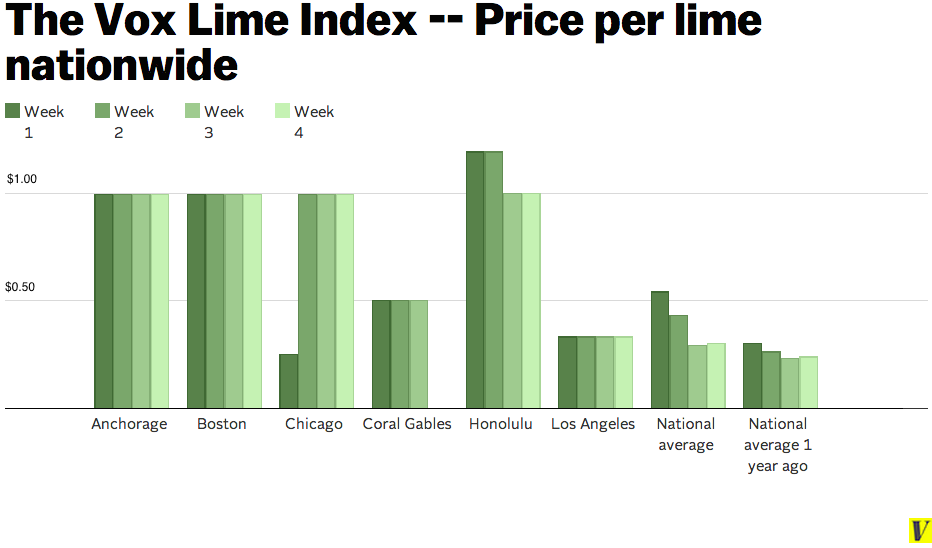 Of course, that's just among stores that advertised limes, but the number of stores that are advertising limes is also on the upswing, per USDA data. So what did we learn from covering the lime crisis? That is, aside from the fact that a certain store in Coral Gables, Florida will put you on hold when you ask how much limes cost, and then they will never come back, and they will do it four times in a row, and you will never get a price out of them.

But that's just a tiny lesson. We also learned valuable ways to prepare yourself for the next limepocalypse:

Lime trees can take seven years to mature and bear fruit. Plant now (assuming you live in a warm enough climate), and that might give you enough time to prepare for the next time tree diseases and cartels collide in a lime shortage.

All of the news out there about the lime shortage may have in fact been good for grocery stores because it primed customers to expect — and accept — limes that cost more than a dollar each. As evidenced by our chart above, some stores haven't lowered their prices yet. If lots of stores are keeping their prices up, limes could go the way of the lobster — a food that sells for far more than it costs to produce, purely becuase people expect to pay more for it. 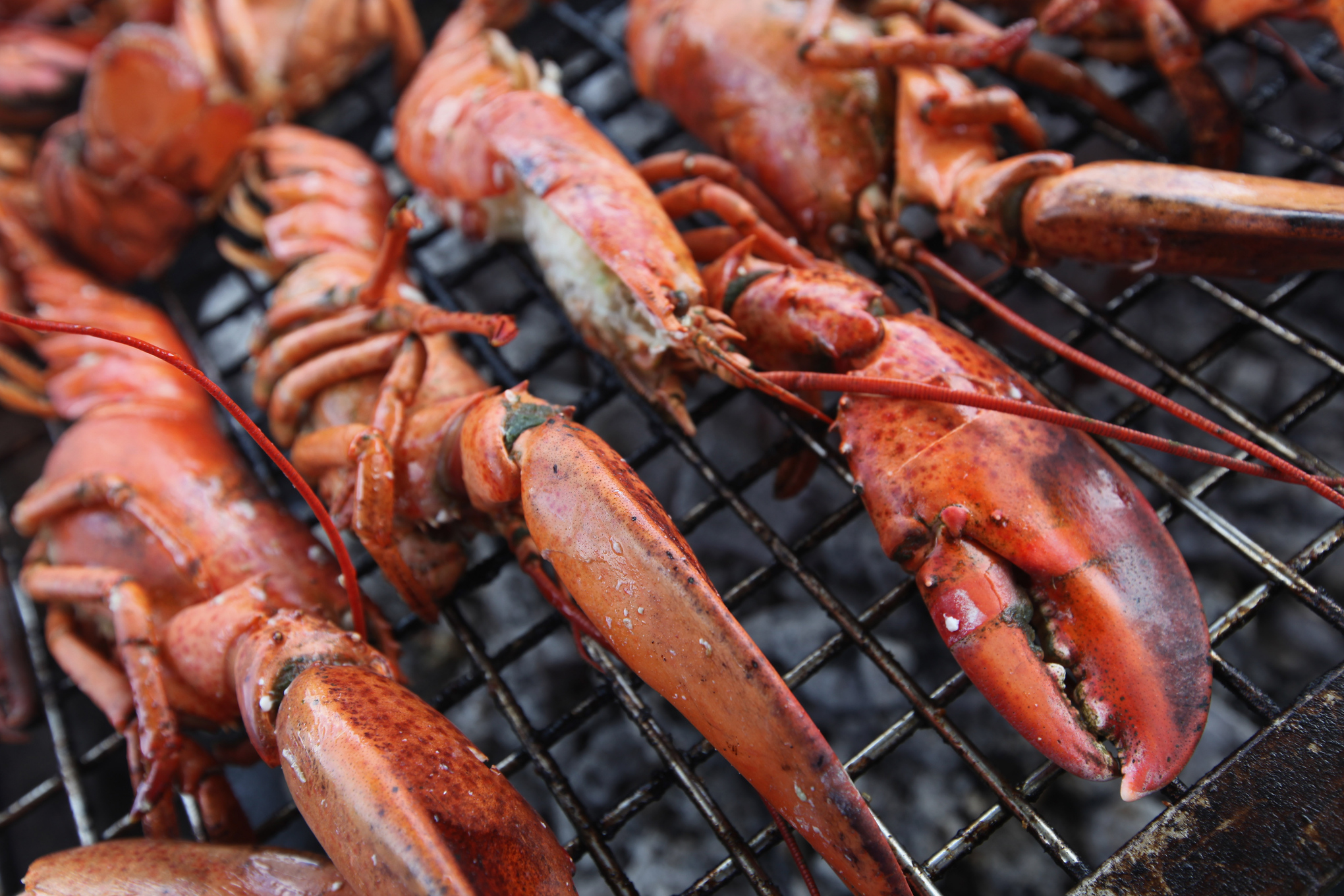 3. Make your margaritas at home.

In the event of a limepocalypse, make your own margaritas. While the retail price of limes were, at times, triple the price of what they were normally, making a fresh margarita at home is still cheaper (possibly proving the the markup at restaurants is still very expensive).
The price of making your own margarita at home with good tequila is about $8.52 — not cheap — but still better than what a fancy restaurant is serving.  And if you're making a margarita with cheaper tequila, it'll only cost you around $3.69 ... even with ridiculous lime prices.

Shortages are weird. At the beginning of the limepocalypse, we were sure that the people taking the price-hike the hardest were people who made their livings off of limes, like bakers who are famous for key-lime-pie. This wasn't the case, John J. Meyer of Kermit's Key West Key Lime shop, told us. Because Meyer gets his limes in the off-season, he made it through the limpocalypse fairly unscathed.

With all this talk of the limepocalypse and cities crumbling, nothing terribly bad happened to people whose margaritas were more expensive or had to shell out a bit more for a key lime pie. Their worlds are still spinning. And there are more important things to worry about, like the VA scandal or, keeping limes in mind, Mexican drug cartels threatening violence to lime farmers.