Fewer babies are dying around the world than ever before

Share All sharing options for: Fewer babies are dying around the world than ever before

By many measures, this is one of the best times to be alive in human history. And one key metric here is infant mortality, which has been dropping significantly for the past few decades.

A new global survey of infant and child mortality, published in The Lancet, emphasizes just how positive this trend has been.

1) Infant and child mortality is lower than ever

In 1970, 17.6 million children under the age of five died worldwide annually — about 143 infant and childhood deaths per 1000 children born.

In 2013, that total figure was cut to 6.3 million — a number that works out to just 44 deaths per thousands of children born.

Here's the trend for total number of infant and childhood deaths over the past few decades: 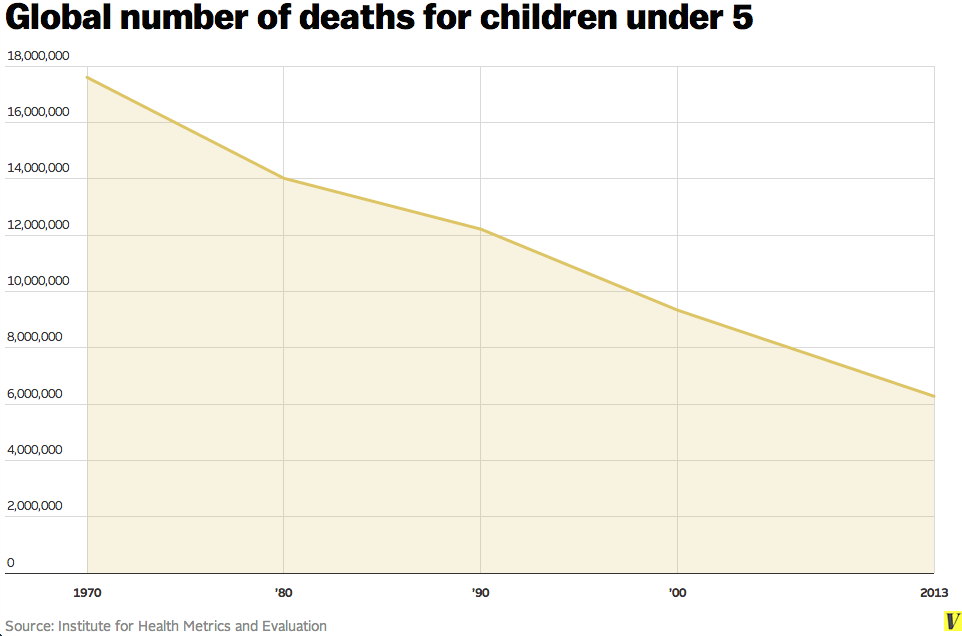 It's worth noting that these are total numbers — not per capita — in a world with a growing population. If global populations had frozen at 1990 levels, the researchers estimate that the number of infant and childhood deaths in 2013 would have been cut by an additional 1.42 million.

As one of the UN's Millennium Development Goals set in 2000, the organization sought to reduce the global under-five mortality rate by two-thirds by 2015, as compared to 1990 levels.

At this point, it seems very unlikely for this goal to be achieved worldwide, but there are 45 countries — including 27 in the developing world — that are currently on track to meet it.

A few factors have driven the majority of these reductions:

The countries that are unlikely to hit the Millennium Development Goal — and still have high infant and childhood mortality rates — are mostly clustered in Sub-Saharan Africa. Compared to the US, where there are 6.6 deaths of infants or children children under five for every 1000 children born, they have dramatically higher numbers.

A baby born in Nigeria, for instance, is nearly 20 times more likely to die before the age of five than one born in the US. In Guinea-Bissau, the country with the highest under-five mortality rate, it's more than 23 times more likely.

Here's the global distribution of the number of deaths per 1000 children born: 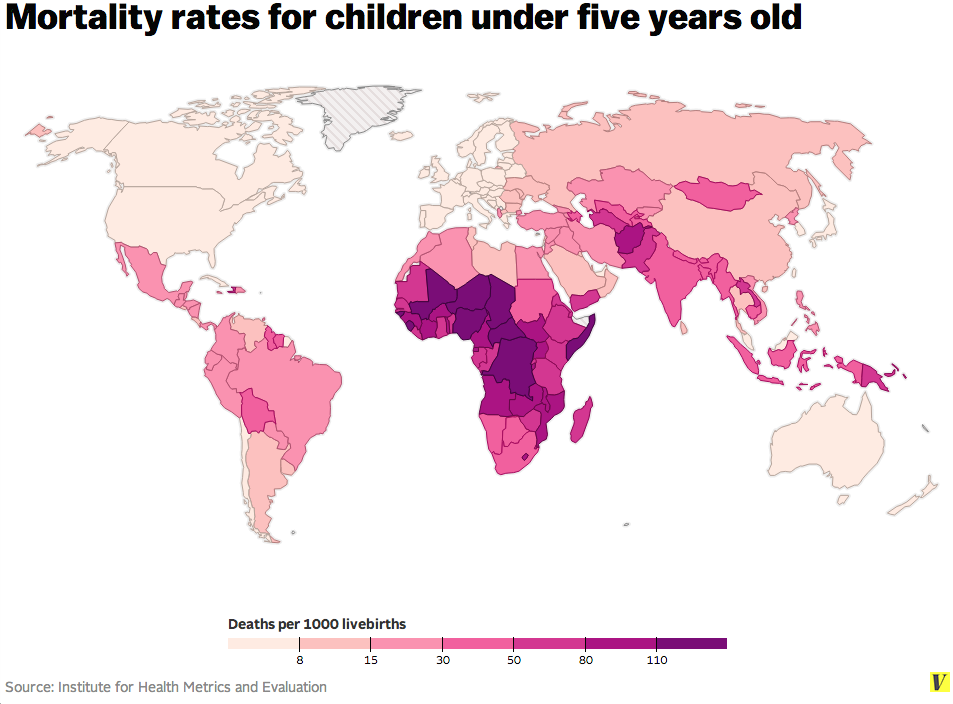