Measles is making a comeback — because people aren't getting vaccinated

Share All sharing options for: Measles is making a comeback — because people aren't getting vaccinated

The measles is making a huge comeback in the United States — because people aren't getting their vaccines.

In the first three months of 2014, there were 288 measles cases in the United States. That means this year is on pace to be the worst for measles since 1994, reports the Centers for Disease Control and Prevention: 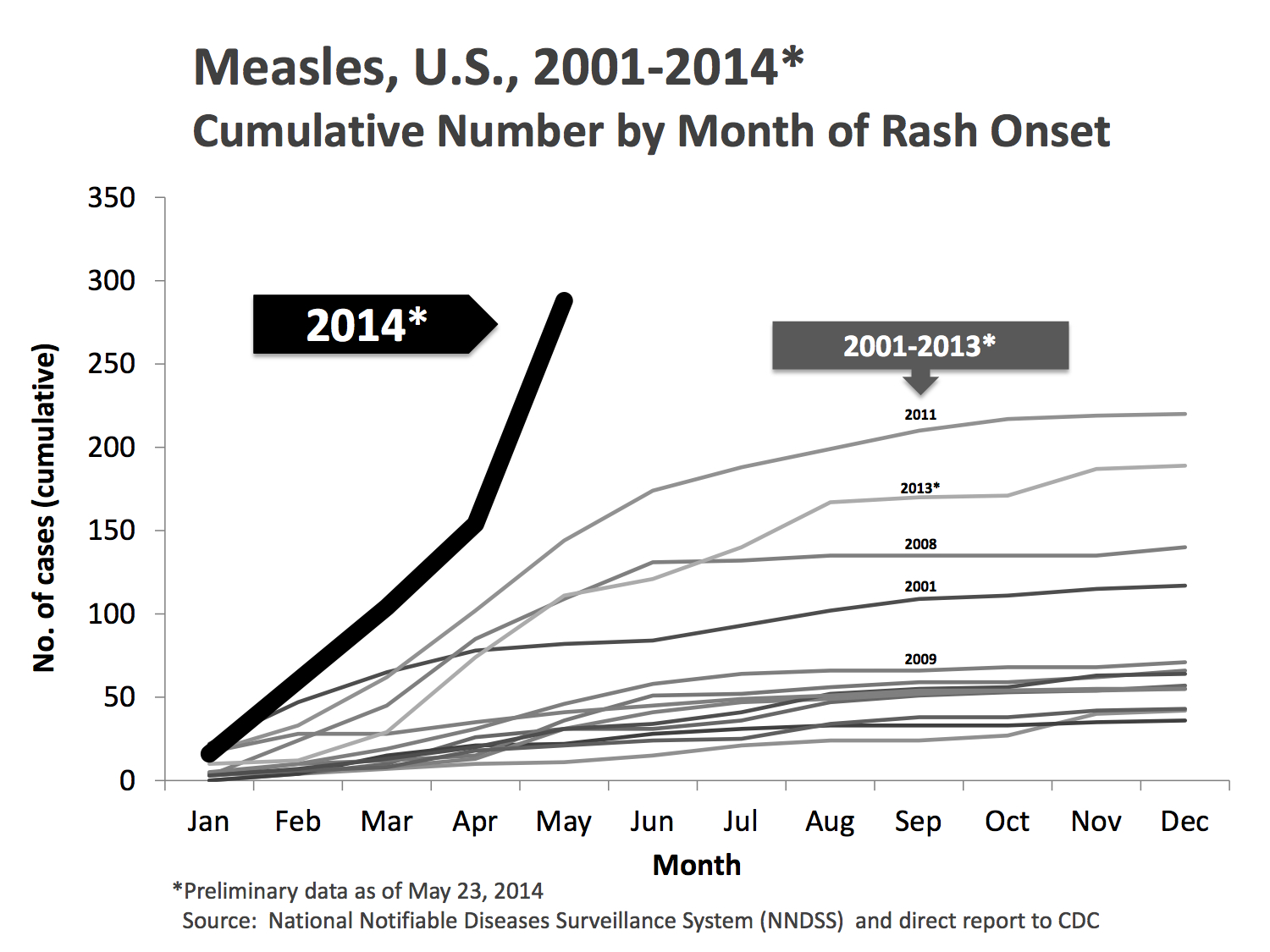 What makes this so surprising is that measles was officially eradicated back in 2000. And now it's on the rise again.

What happened? Not enough people are getting vaccinated. The CDC reports that 90 percent of these measles cases were in people who either didn't get vaccine or whose vaccination status was "unknown."

This isn't an isolated incident. Whooping cough and a few other long-lost diseases are also making a comeback in the United States as more and more people refuse to get vaccinated. (In recent years, celebrities like Jenny McCarthy have been arguing against some current vaccines  — and this misinformation campaign is taking a toll.)

Why the rise of measles is worrisome

The measles is both dangerous and highly contagious. About one in seven of these recent cases put someone in the hospital. During the 1960s, the disease each year infected 3 to 4 million people in the United States, hospitalized 48,000, and killed hundreds.

As long as measles still exists somewhere in the world, Americans will be vulnerable if they aren't vaccinated. That's because people travel. And when they travel, they can pick things up and bring them home. That's what the CDC says happened in the majority of the measles cases this year.

The extra danger is that they can pass the virus to babies who are too young to have been vaccinated. Measles vaccination (as part of the measles, mumps, and rubella [MMR] vaccine) usually starts at about 12 months old.