Obama has secured Democratic majorities on most federal appeals courts

Share All sharing options for: Obama has secured Democratic majorities on most federal appeals courts

A president's Supreme Court nominees get a lot of attention, but presidents shape less visible parts of the judiciary too. Barack Obama is no exception. The Washington Post has a chart showing how the president has changed the composition of the nation's appeals courts over the last five and a half years: 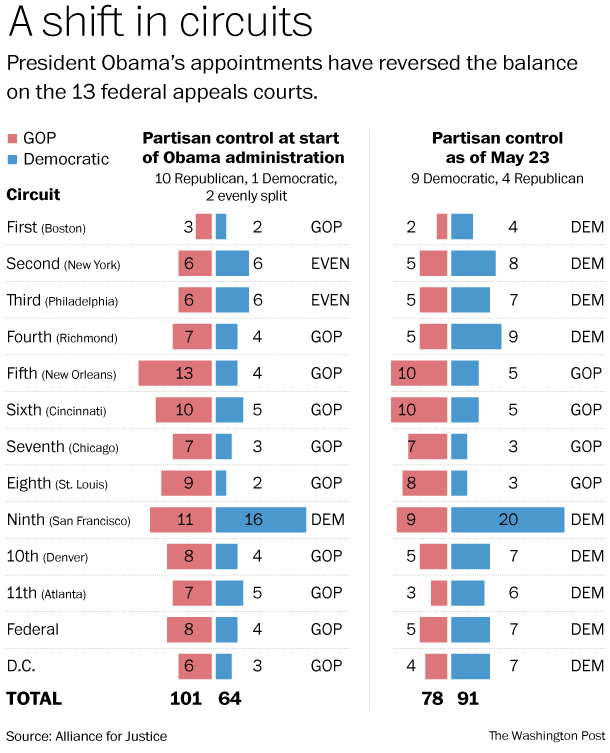 Now, it's important to say that courts are not supposed to be partisan institutions. So I don't like describing this in terms of "partisan control." The fact that most federal appeals courts are dominated by Democratic appointees doesn't mean that Democrats now control these courts. Judges can and do think for themselves, ruling on the merits without regard to partisan interests.

Still, Democratic judicial nominees tend to be more liberal than Republican nominees. And so the growing number of Democrat-appointed judges in our appeals courts will push American jurisprudence to the left on a wide range of issues. And because Obama's nominees will stay on the bench long after Obama leaves office, these nominations will be one of his most durable legacies.