Snowden says he has 'no relationship' with the Russian government. Bullshit.

Share All sharing options for: Snowden says he has 'no relationship' with the Russian government. Bullshit.

Only Snowden and members of the Russian government can know with absolute certainty whether or not they have a relationship. But the amount of circumstantial evidence pointing, in bright neon letters, to some sort of relationship is so abundant, and so unqualified by even the slightest bit of competing evidence beyond Snowden's word, that it is just very difficult to believe he is telling the truth here.

"He's actually surrounded by these people"

If Snowden had told Williams, "Look, I had to deal with the Russians to get asylum because the US cancelled my passport and I had no other choice, but I don't help them and I've been a vocal critic of Russian abuses," then there would be no story here. That would be a defensible answer consistent with both the evidence and Snowden's stated principles. The fact that Snowden made the strange and categorical insistence that they have no relationship at all, despite the abundance of evidence that they do, raises questions about why he would assert something so implausible, and what this means for how we should take his many other claims.

The indications of some sort of relationship began pretty quickly after Snowden's arrival in Russia. The Russian government prohibited him from leaving the country — something the Hong Kong government had done just a couple of weeks earlier — but did allow him to remain for weeks somewhere in the Moscow airport under protection from security guards. Russian President Vladimir Putin discussed his presence on state media and the terms by which he might stay or go.

To be fair, at that point, the evidence only demonstrated that the Russian government was actively involved in Snowden's case; Snowden could still plausibly claim to be just a passive recipient of Russian government guidance. That changed when he got his lawyer.

Pretty soon into his ordeal at the Moscow airport, Snowden became officially represented by a Russian lawyer named Anatoly Kucherena, who also serves on an official board that oversees the FSB, Russia's internal security service. Kucherena is well known in Moscow as a "staunch loyalist" of the Kremlin, as Human Rights Watch's Russia director Tanya Lokshina told the New York Times. She explained that Kucherena "portrays himself and is being portrayed by the Kremlin as an independent actor" but is not.

Then something very strange happened: Snowden and Putin began publicly negotiating the terms of his asylum in Russia. There was no one-on-one meeting — not that's known, anyway — but it was clearly a negotiation. 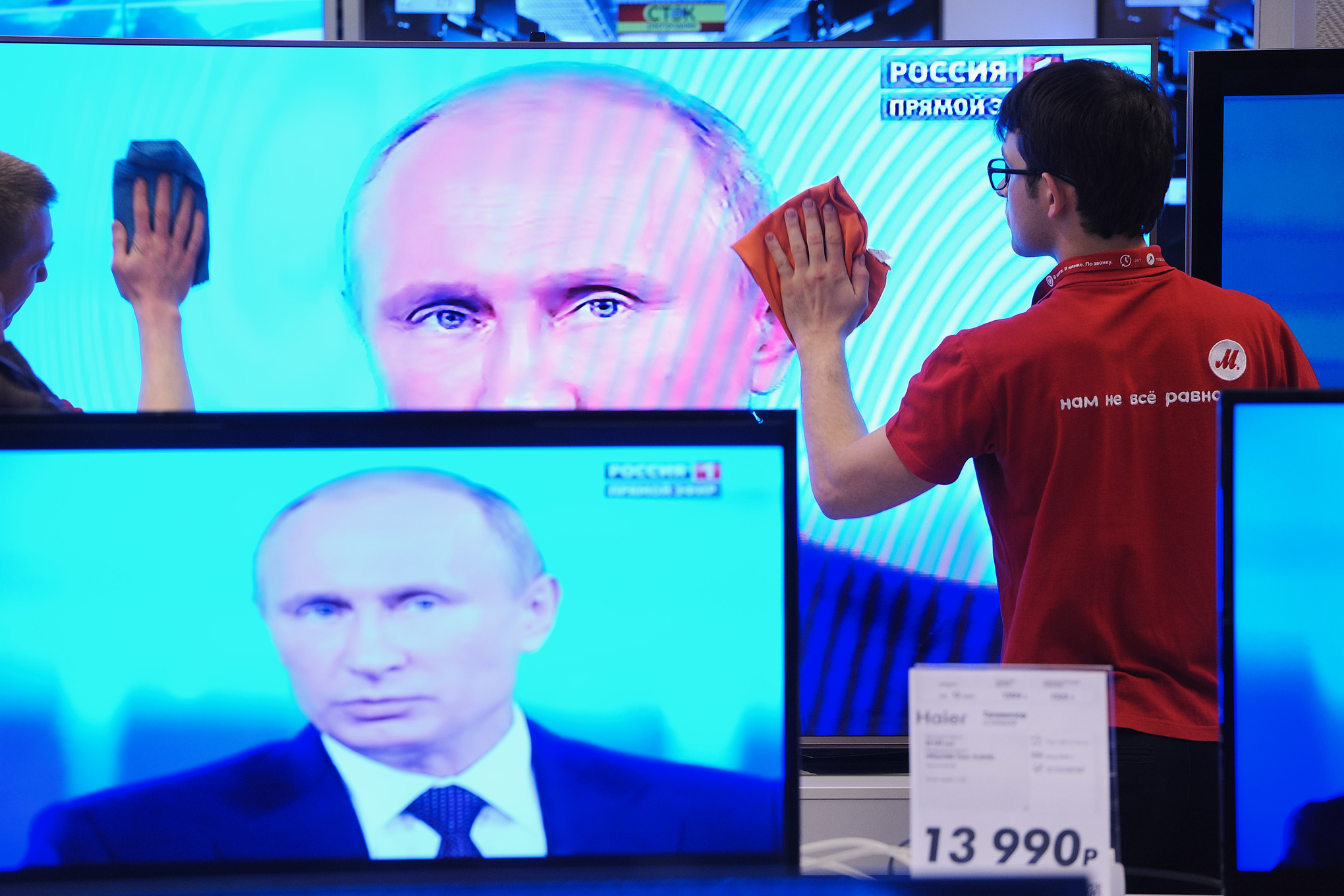 First, the Russian government halted Snowden's ability to leave the country, but allowed him to stay at the airport. Snowden applied for asylum, saying he had no other choice. Then, Putin, on national TV, announced, "If he wants to remain here there is one condition — he should stop his work aimed at inflicting damage on our American partners." Snowden withdrew his application for asylum. Then, about two weeks later, he linked up with Kucherena, re-applied for asylum, and publicly requested that his case be brought to Putin personally.

Let's be generous to Snowden. At this point in the story, it is still possible that Snowden's case was being handled by intermediaries who could claim to not be official representatives of the Russian government. Maybe Snowden was ignorant of Kucherena's relationship with the Kremlin. Maybe he believed, however naively, that although Putin was taking an active role in Snowden's case, including by publicly stating the terms on which he would be granted asylum, somehow this did not constitute a direct relationship with the Russian government since technically it was all being hashed out by public announcements and intermediaries. Fine.

But then Snowden was granted Russian asylum — not something Moscow hands out an awful lot — and moved into town. He got an apartment in a secret location (it's not clear who arranged it) and a full-time Russian guard/escort. Despite the fact that he speaks no Russian, he was given a job at a Russian Internet company. And he has spent an awful lot of time with the FSB. Here's the New York Times on his daily life:

Andrei Soldatov, a journalist who has written extensively about the security services, said that the F.S.B., the domestic successor to the Soviet-era intelligence service, clearly controlled the circumstances of Mr. Snowden's life now, protecting him and also circumscribing his activities, even if not directly controlling him.

It would be pretty difficult for Snowden to avoid having a relationship with the Russian government when its security services are physically surrounding him and "circumscribing his activities" at all times.

Most famously, in April, Snowden appeared on Russian state TV alongside Putin, of whom he asked a softball question about whether or not the Russian government spies on its citizens (there is abundant evidence that it does, Putin said they do not). Snowden asked his question via video, so the two were not physically adjacent, but surely to have engineered his public question on Russian state media, of the Russian president, there would have been some sort of negotiation with the Russian government, some sort of relationship.

To be clear, none of this means that Snowden must therefore be a KGB operative working at the personal behest of Russian President Vladimir Putin, nor does it necessarily make him any sort of traitor, as some critics have alleged. And it certainly does not in itself invalidate the significance of the NSA materials he released. But the wealth of evidence indicating he has a relationship with the Russian government, and thus suggesting that Snowden made the puzzling and unnecessary decision to lie about that relationship on NBC News, raises troubling questions about what else Snowden may be finessing or obfuscating.