Share All sharing options for: Extreme parties are winning in Europe because mainstream ones have no answers

The far-right National Front party captured nearly a quarter of the French seats in this week's European Parliament elections, prompting German Finance Minister Wolfgang Schäuble to proclaim the results a "disaster" that brought "fascists" closer to the seat of power.

"What mistake have we made," he asked, "if a quarter of the electorate voted for absolutely not a right-wing party, but for a fascist, extremist party?"

It's an excellent question, but it's also bizarre that Schäuble doesn't yet know the answer. The answer is that political elites in Germany and France and Spain and Italy and elsewhere throughout the continent ensnarled Europe in a misguided single currency scheme and then, having adopted it, have been unwilling to take the kind of steps that could make it workable.

And it's not like they weren't warned. In a truly bizarre 2009 paper for the European Commission titled "The euro: It can't happen, It's a bad idea, It Won't Last — US economists on the EMU, 1989 - 2002," Lars Jonung and Eoin Drea recount the overwhelming skepticism from the western shore of the Atlantic about the idea that Finland and Portugal should be using the same currency. What's true, of course, is that American economists turn out to have massively underrated the willingness of European politicians to press forward with a bad idea even when the problems became apparent. 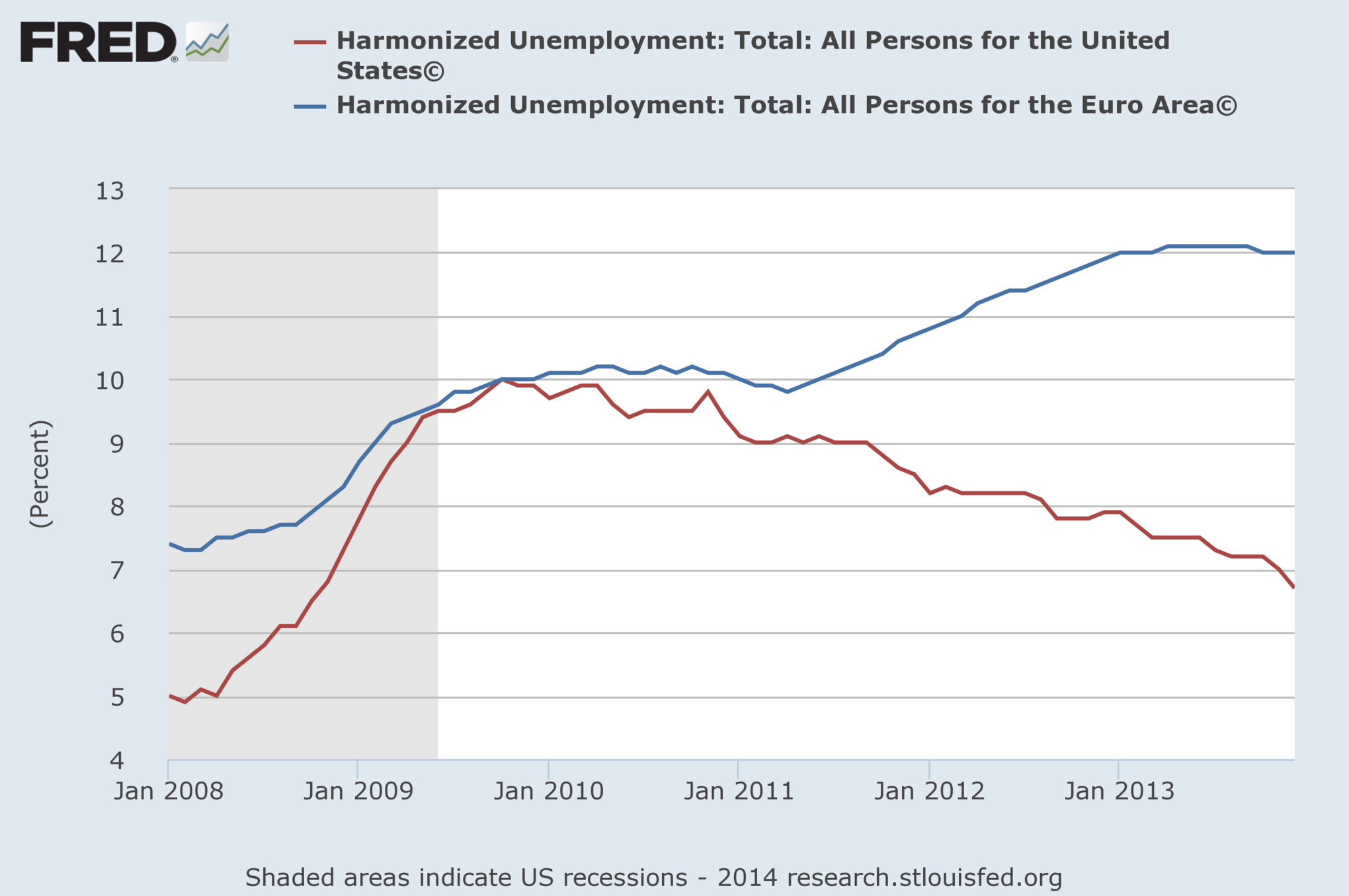 Under the circumstances, the surprise isn't so much that many French voters have turned to a quasi-fascist political party but that no one besides the quasi-fascists is willing to offer an alternative.

In the European Parliament, the upshot of the new election results is that the two main parties will govern together — just as they've been governing together throughout the eurozone's existence.

Here in the US, there's a tendency to rightly bemoan the way extreme partisanship and perverse incentives tends to make it impossible to get anything done. But the basic idea of rival political parties offering different approaches to the major issues of the day makes a lot of sense. It means that when one set of politicians is seen as failing, they can be replaced with another set who'll bring a different approach. But in most European countries, there simply isn't meaningful disagreement about how to handle the ongoing economic disaster. So over time, voters looking for something different have to turn to something outside the mainstream. That doesn't have to mean the xenophobic far-right. In Spain, the brand new left-wing party Podemos did surprisingly well, and Catalan separatists saw a rise in support as well.

But in France, it's been the National Front. And in countries all over Europe, we can expect more and more voters to turn to fringe movements as long as mainstream parties refuse to offer a meaningful alternative to the status quo.