Share All sharing options for: Every year of a prison term makes a couple 32 percent more likely to divorce

A new study by criminologists Sonja Siennick and Eric Stewart of Florida State University and Jeremy Staff of Penn State takes a hard look at the effects of incarceration on marriage. Here's what we already know from other research, what this study says, and the questions that remain unanswered.

What we already knew about incarceration and divorce

Even after the inmate is released from prison, the marriage is still at risk. In fact, inmates and their spouses can be optimistic about their marriages before the inmate is released — but that optimism often falls apart. One study of Dutch men found that their odds of divorce increased over the ten years after their incarceration.

The longer the inmate is in prison, the more likely the marriage is to fail. One recent study found that each year of incarceration increases the odds that the inmate's marriage will end in divorce (before or after the inmate gets out of prison) by an average of 32 percent.

What this study adds

Young married couples aren't likely to go to jail. The researchers of this study based their work on a long-term survey of thousands of young American adults, and focused on those who were married by 18-28 years old. That's earlier than many Americans marry — and doesn't appear to overlap much with the population of Americans who go to jail. The study's authors describe incarceration among married people as "rare,"  and their paper was based on fewer than 100 subjects.

But when one spouse is incarcerated — even briefly — it's bad for the marriage. Most of the respondents who'd been incarcerated weren't in jail for very long. But even in the case of shorter jail or prison stays, current or former inmates were more likely to get divorced than people who'd never been incarcerated.

In particular, spouses report that their marriages are less loving and more violent after incarceration than they were before. The authors of this study were particularly interested in how incarceration affected particular factors that might make it less appealing to stay in a marriage; easier to leave; or more attractive to find another partner. They found that after being incarcerated, former inmates said that there was less love in their relationships, more relationship violence, and more extramarital sex than people who'd never been incarcerated. (People who were surveyed about their marriages before going to prison didn't report these affects, making it less likely that stressful marriages and incarceration are just things that go together.) 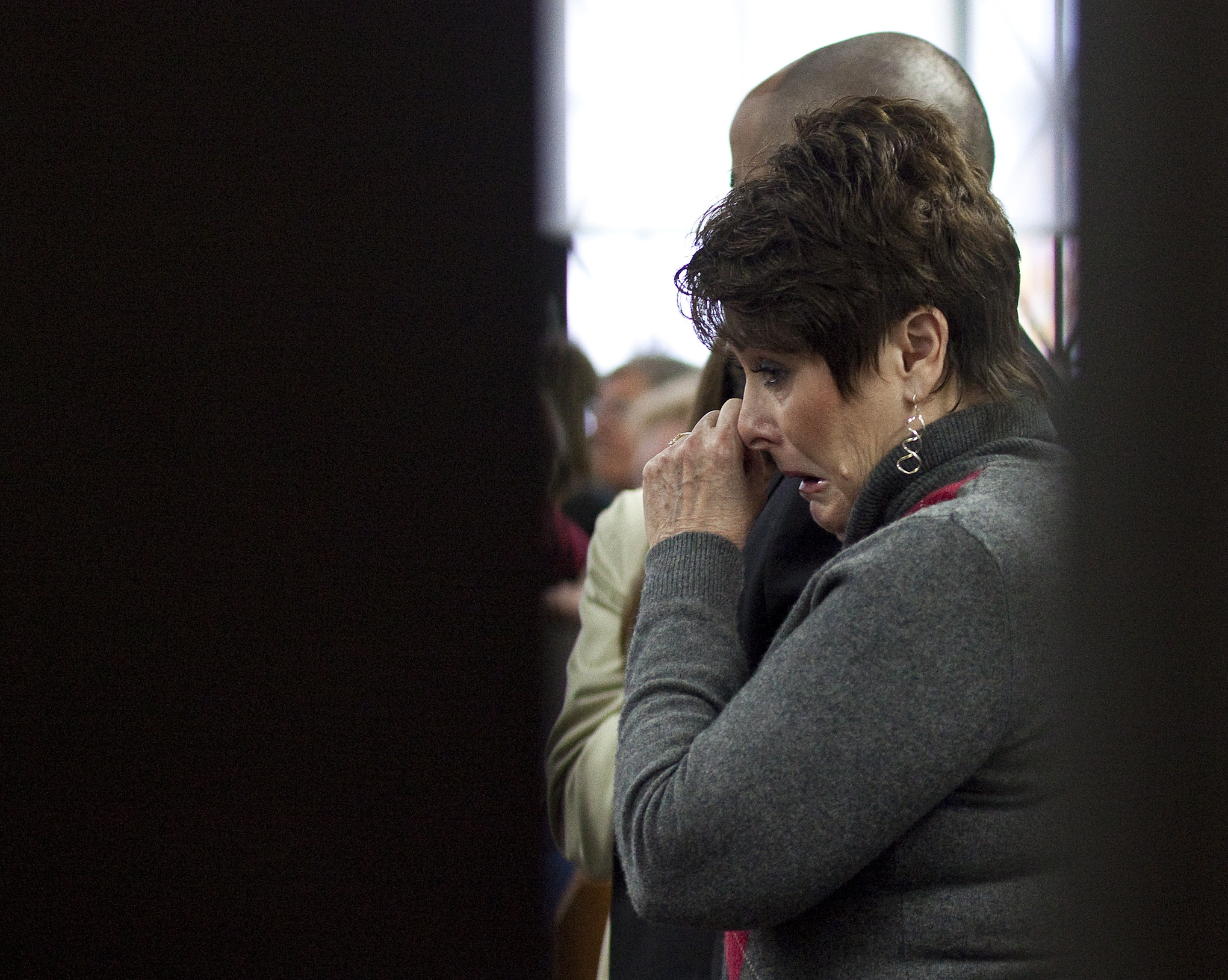 Despite his wife's tears in this photo, Tom DeLay didn't end up going to prison. Ben Sklar/Getty

What we still don't know

How representative are young married couples of all married couples, or of the inmate population as a whole? The authors of this study admit that people who get married young are more likely to break up when there's trouble in their marriages than people who marry older. They're also not necessarily representative of the broader population — or of people who get incarcerated — in terms of race, religion, or socioeconomic status.

Does stress on married couples come from the pain of separation, or from social stigma from others? The authors of this study suggest that because their evidence shows even a short jail stay can make a marriage more likely to dissolve years later, incarceration can't just lead to divorce because of the pain of separation. Instead, they say, it shows that the stigma facing someone who's been incarcerated makes it harder to keep a marriage together, and easier for a spouse to leave.

But since their study subjects come from a group where incarceration is relatively uncommon, there might be more stigma facing them within their circles of immediate friends and family than there is in places where incarceration is more common. Many criminologists think that the communities where young people are most likely to be incarcerated don't hold out as much stigma. So this might be one place where this study is dangerous to generalize.

Is better inmate marital counseling the answer? The study's authors suggest that their research shows how prisons could use marital counseling, during and after incarceration, to help keep couples close and promote nonviolent conflict resolution. Maybe it could. But there's still a lot more research showing that incarceration harms marriages than showing what parts of a marriage, in particular, it weakens.

So for the moment, it seems more likely that policymakers have a better shot at fixing the harms shown in these studies by putting fewer people in prison or jail to begin with.