Share All sharing options for: 6 reasons teen births are plummeting 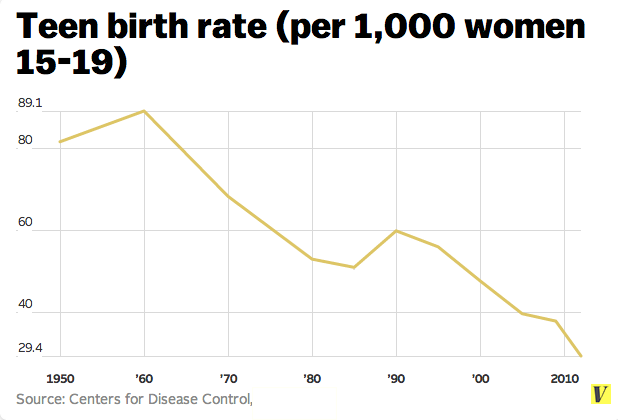 The drop in the teen birth rate has coincided with a decline in the teen abortion rate, which separate research shows is also at an all-time low. Taken together, those two numbers show that fewer American teenagers are getting pregnant  right now than at any time the federal government has kept track.

The big question for public health researchers is why. What are teenagers, and the people who influence them, doing right to drive down the teen birth rate? There's no one answer. Instead, the National Campaign to Prevent Teen Pregnancy thinks there are least a half-dozen different things happening — all at once — that are working together to lead to a lower number of teen births.

1. The Great Recession lowered birth rates for the entire country

There was a decline in the birth rate for all women that began right around the time the Great Recession started in 2007. 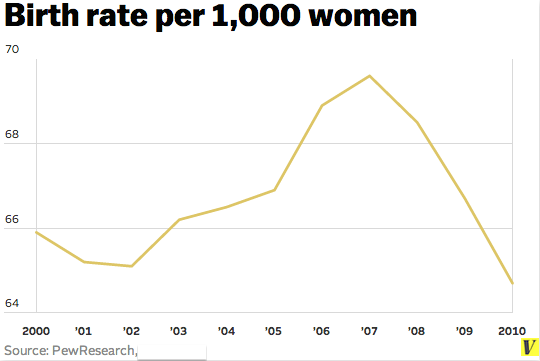 When you break out the numbers by age group, you see a similar pattern for teenagers specifically. Does this mean that teens were worried about their 401(k) plans tanking and decided this wasn't the right time for a baby? Probably not. But it seems like there was something around the economic uncertainty of the late 2000s and early 2010s that may have played a role in fewer teens becoming pregnant. 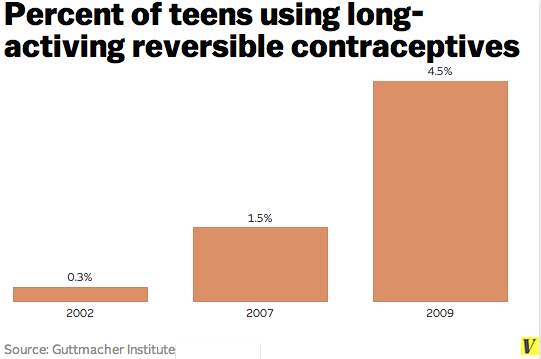 IUD and other long-acting contraceptive users are still a small minority of teenagers; many more rely on condoms or birth control pills. It's also lower than the adoption rate for older women (11 percent of 25 to 29-year-olds, for example, use contraceptives like IUDs). But its still a significant increase in the use of some of the most effective contraceptives, which could be part of the story of the lower birth rate.

3. There are fewer kids of teen moms

The teen birth rate has been steadily declining since the 1990s. And that means there are fewer kids born with this particular risk factor,  also contributing to the overall decline. 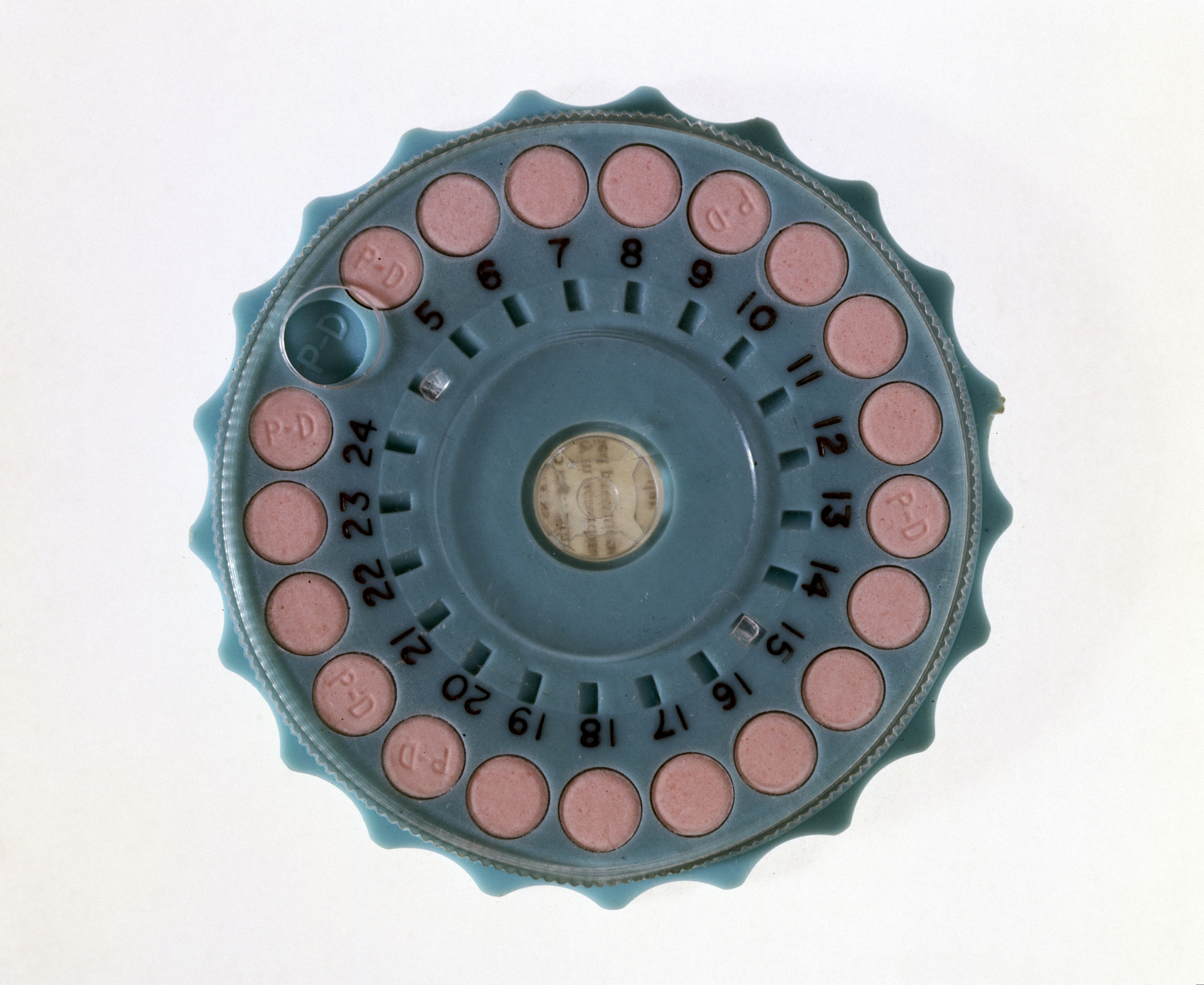 Since the 1990s, 26 states have received additional federal funding to cover family planning services for low-income women not otherwise eligible for Medicaid. These services are usually available to women 18 and over.

Economists Melissa Kearney and Phillip Levine looked at how those changes effected birth rates, and found that, between 1990 and 2002, the expansion of Medicaid family planning services was responsible for a 7 percent decline in births to 18 and 19 year-olds. 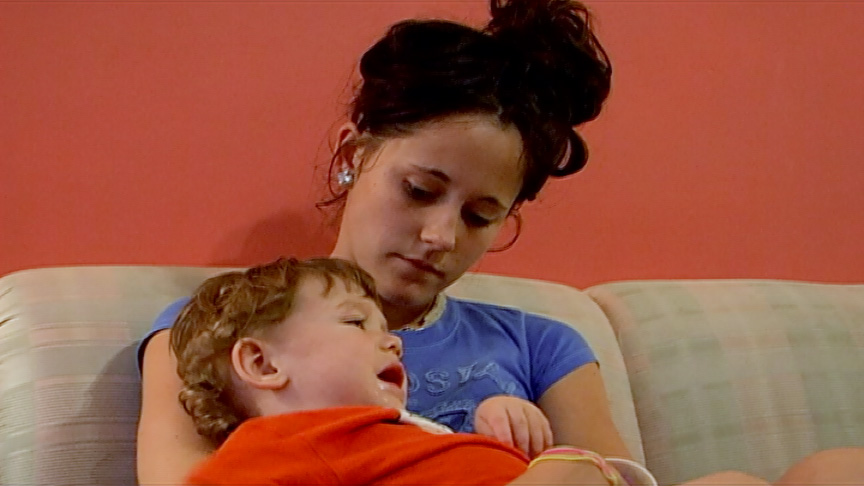 Research published in January found that the MTV reality show Teen Mom (and its predecessor, 16 and Pregnant) accounts for a significant portion of the decline in teen births during their first 18 months on air. The theory here is that the show pretty accurately depicts the difficulties of raising a child while still in high school, and serves as a warning sign about teen pregnancy rather than glamorizing the subject.

This paper, also by Kearney and Levine, examined Nielsen rating data to see where viewers were watching the show and where they weren't. They also looked at searches and tweets related to the show.

They compared that information against federal data on teen birth rates by state. There was a "pronounced" drop off in births among those who watched the show in great numbers. More specifically, Kearney and Levine estimate that the two shows are responsible for a 5.7 percent decline in the teen birth rate from 2009 to 2011.

6. Teenage boys are having less sex

The Youth Risk Behavior Surveillance Survey shows, over the past three decades, a general decline in the share of male teenagers having sex (although there has been a slight uptick in recent years). There have also been increases in male high school students using condoms since the 1990s. This could be a product of concern over HIV/AIDS infection, which may have had the side effect of preventing teenage pregnancies.