Why Apple is buying Dr. Dre’s Beats for $3 billion

Share All sharing options for: Why Apple is buying Dr. Dre’s Beats for $3 billion

For weeks now there have been rumors that Apple was poised to acquire Dr Dre's high-end headphone company, Beats, and now at last it's confirmed. The sale price is a cool $3 billion.

No. Of course everyone is entitled to like what they like, but the overwhelming consensus among reviewers and audiophiles is that Beats' headphones are a poor value for the money. Neither Beats' $300 studio headphones nor its earbuds that cost about half as much are considered to be of sufficiently high quality as to justify the price.

Despite this, Beats is an incredibly successful company with about $1 billion in annual revenue (or maybe even substantially more than that) and something like 59 percent of the market for high-end headphones. 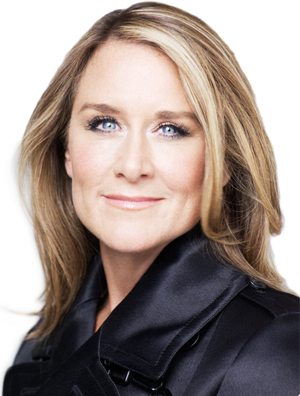 There are a few different theories, not mutually exclusively, as to what's driving Apple's interest in Beats. One is that the deal is consistent with Apple's moves into the world of fashion and wearable computing. Their recently hired Senior VP of Retail Operations Angela Ahrendts, for example, comes to the company from the British luxury apparel company Burberry.

In the fashion world, nobody would find it surprising to learn that some people pay for pants or jackets that are much more expensive than basic functional alternatives.

Expensive clothing isn't "better" in terms of technical specifications. Beats has succeeded by treating the headphone market as like a market for fashion accessories — one where the best-selling shoes aren't the most comfortable ones — rather than like a market for electronics. Geeks and audiophiles generally aren't thrilled with this business strategy, but the fact of the matter is that headphones are visible objects that people wear while walking around in public, so it's not surprising that many people treat fancy headphones the same way they treat fancy watches or jewelry or hats.

Beats also brings two other things to the table. One is a streaming music service that is well-regarded though not currently very popular. The other is a team led by Dr Dre and veteran music industry executive Jimmy Iovine that is very well-connected in the music industry. The service and the connections are potentially valuable to Apple as they attempt to defend the value of iTunes against streaming competitors like Rdio and Spotify.

Not really, for Apple. Apple has an almost inconceivably large quantity of cash in the bank, with billions more pouring in every year:

In less tech-focused terms, once the deal is sealed Apple will still have enough cash on hand to buy General Motors and McDonalds combined.

Meanwhile, though nobody knows exactly how profitable Beats is (it's a privately held company so it doesn't need to disclose financial details) everyone thinks the profit margins on that $1 billion in revenue are high. After all, the headphones aren't especially good so there's no reason to think they're expensive to make. If Beats is able to obtain a 15 percent profit margin on $1 billion in annual sales, then a $3 billion capital investment to buy the company would imply a 5 percent rate of return — a perfectly respectable use of money that's otherwise just lying around idle. At one point, Beats was selling $200 headphones that cost as little as $14 to make so it's easy to imagine the deal working financially even without any big new product ideas.

What does Apple say about the deal?

In an interview with Peter Kafka, Apple CEO Tim Cook rather mysteriously said that the deal is "all about music, and we've always viewed that music was key to society and culture." Also that "what Beats brings to Apple are guys with very rare skills."

Sharing a laugh with Jimmy, Dre, and @cue. Excited to welcome the #Beats team to #Apple. It's all about the music. pic.twitter.com/ZwyWgHFwhO

It's worth noting that Apple executives have a tendency to discuss their business strategy ideas in not-so-honest terms. Both Cook and Steve Jobs, for example, swore that Apple would never make a small-size tablet and then turned around and released the iPad Mini. It is obviously not in Apple's interest to publicly discuss its future products.

As Iovine said in the same interview "In the tech business, you show somebody your idea, and they steal it."

Why does this deal bother some Apple fans?

One theory is that it's racism. Beats is heavily identified with African-American culture on a variety of levels, and Apple's customers are primarily white.

A less inflammatory theory is that Beats' business model is uncomfortably similar to the business model Apple's critics generally accuse Apple of having. Like Beats, Apple sells hardware at high profit margins in an era when hardware is often considered an unprofitable commodity industry. People who don't like Apple and its products often compare its customer base to a "cult" who are brainwashed by marketing into buying overprices phones and computers. Apple's fans prefer to see themselves as discerning aesthetes who simply like the best design and the best products.

The fact that Apple sees Beats as a company it wants to own, and Beats' executives as people Apple wants on the team, suggests that Apple does not necessarily disagree with the conclusion that its pricing power has as much to do with branding and style as anything else.

Is this the latest sign of a high-tech bubble?

Not really. There have been a number of recent technology acquisitions that involved companies spending a lot of money for companies that have little-to-no revenue.

The Apple/Beats deal, though in some sense a "technology" acquisition, has very little in common with Yahoo buying Tumblr or Facebook buying Instagram. Beats is a hardware company and Beats has plenty of revenue. Without looking deeply at Beats' internal financial information, we can't evaluate the terms of the deal in detail but there's nothing especially unorthodox about paying $3 billion for a company with $1 billion in revenue.