Obama's new Syria policy: give up on the war, just contain the consequences

Share All sharing options for: Obama's new Syria policy: give up on the war, just contain the consequences

Obama's big foreign policy speech on Wednesday announced three new policies for addressing Syria's seemingly intractable civil war: more support for anti-Assad rebels, more counterterrorism assistance for Syria's neighbors, and more funding to address the growing refugee crisis. You add these together and you get a clear picture of Obama's Syria policy for the foreseeable future: manage the consequences of this conflict, both in humanitarian terms and for American interests, but otherwise stay out of the fighting.

The Syria section of Obama's speech is pretty light on details, but here's the part outlining those three new policies:

With the additional resources I'm announcing today, we will step up our efforts to support Syria's neighbors - Jordan and Lebanon; Turkey and Iraq - as they host refugees, and confront terrorists working across Syrian borders. I will work with Congress to ramp up support for those in the Syrian opposition who offer the best alternative to terrorists and a brutal dictator. And we will continue to coordinate with our friends and allies in Europe and the Arab World - to push for a political resolution of this crisis, and make sure that those countries, and not just the United States, are contributing their fair share of support to the Syrian people.

The section on support for Syrian rebels seems to mean US military training for the more moderate anti-Assad factions, like the comparatively secular fighting forces coordinated by the Supreme Military Council. The Wall Street Journal reports that Obama is "close" to authorizing the US military to help out moderate rebels, and post-speech comments from a senior Obama aide confirmed that option was on the table.

We know roughy what this training would look like because the CIA is already doing it. Syrian rebels told PBS Frontline that CIA operatives have trained them in military tactics and the use of heavy American-made weapons. "They trained us to ambush regime or enemy vehicles and cut off the road," a rebel identified as Hussein explained.

The big difference between this ongoing CIA operation and Obama's potential new policy is that training would be overt instead of covert: uniformed US troops, not CIA spooks, will train Syrian rebels. That'll likely mean more extensive training for the rebels. But, without a truly massive effort, it's unlikely that this will fundamentally change the military balance of power between the rebels and Assad.

Obama's proposal to offer more support for Syria's neighbors seems to focus on promising some kind of counterterrorism support to help those countries prevent the violence from spilling over their borders (Jordan, Lebanon, Turkey, and Iraq).

He's also committed some help in dealing with the massive refugee crisis: about 3 million Syrians have been displaced from their country, many of them living in neighboring countries that don't have the resources to care for them. Obama's plan likely means more money for the groups on the ground managing the refugee crisis, be they local governments, the UN, NGOs, or direct US efforts.

Obama's new policies are treating symptoms of Syria's crisis, and not their cause

A lot of this is about the risk of Syria's civil war spreading terrorism around the region and the world. In the speech, Obama called terrorism "the most direct threat to America at home and abroad." The US government is really worried about radical Islamist groups' ascendancy in Syria on this score. They've emerged as the strongest rebel fighters, and there's concern that fighters radicalized in Syria might spread out and form or join al-Qaeda style groups around the world. Al-Qaeda got its start that way during the Soviet war in Afghanistan in the 80s.

Counter-terrorism support for Syria's neighbors is obviously about this worry, and so is training for moderate rebels. Strengthening moderate rebels is as much about weakening the extremist groups as it is about helping the rebels beat Assad.

Helping with the refugee crisis is more about humanitarian and political concerns. The humanitarian relief effort is chronically underfunded: the UN only has 22 percent of the 1.6 billion it says it needs to properly care for the refugee population. That funding shortage meant the UN had to cut the size of food parcels for starving Syrians by a fifth. 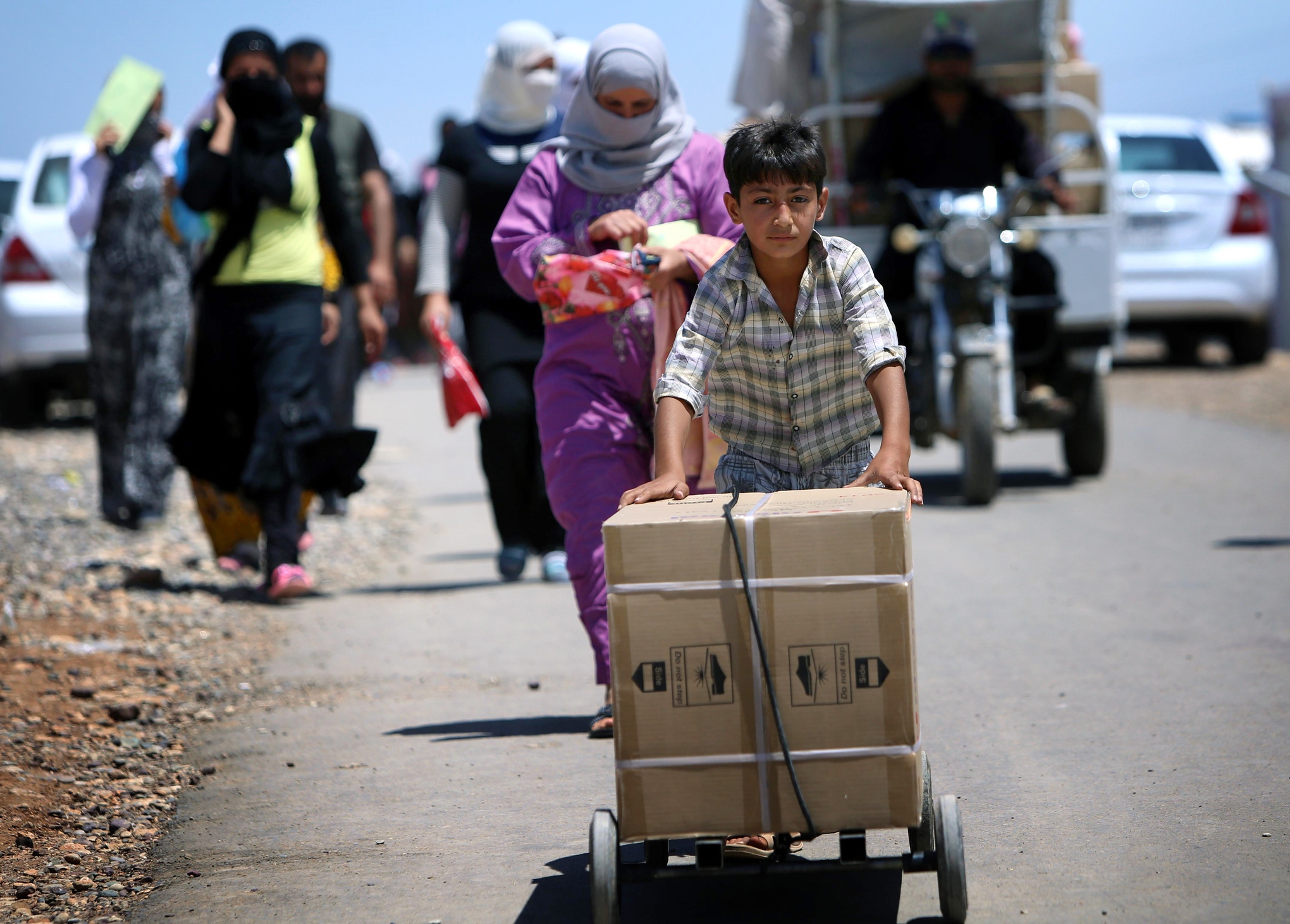 These huge, poor populations are hurting local governments' economies and fomenting instability inside of their borders. A significant amount of US aid could do a lot to ameliorate both the humanitarian and political problems created by the refugee crisis.

Obama's new policies are treating symptoms of Syria's crisis, and not their cause: the three-way struggle between moderate rebels, extremists, and Assad's government. That's because the Obama administration appears to have made a decision that, short of a military intervention or unlikely diplomatic breakthrough, the US probably can't hasten the end of the war. For better or worse, then, the president's new policies appear to be aimed only at containing its worst consequences.