The patent lawsuit crisis in 5 charts

Share All sharing options for: The patent lawsuit crisis in 5 charts

Late last year, the House of Representatives passed new patent reform legislation just two years after the 2011 America Invents Act became law. The House bill is now stalled in the Senate, but the fact that the issue is back on the agenda already is a sign of just how concerned people are about patent litigation.

That's not a surprise. Statistics from Lex Machina show that 2013 set a new record for new patent lawsuits. All those legal threats are giving new urgency to the patent reform debate.

Read on to learn who is filing all these lawsuits, who is getting sued, where the lawsuits are occurring, and more.

2013 was a record year for patent lawsuits 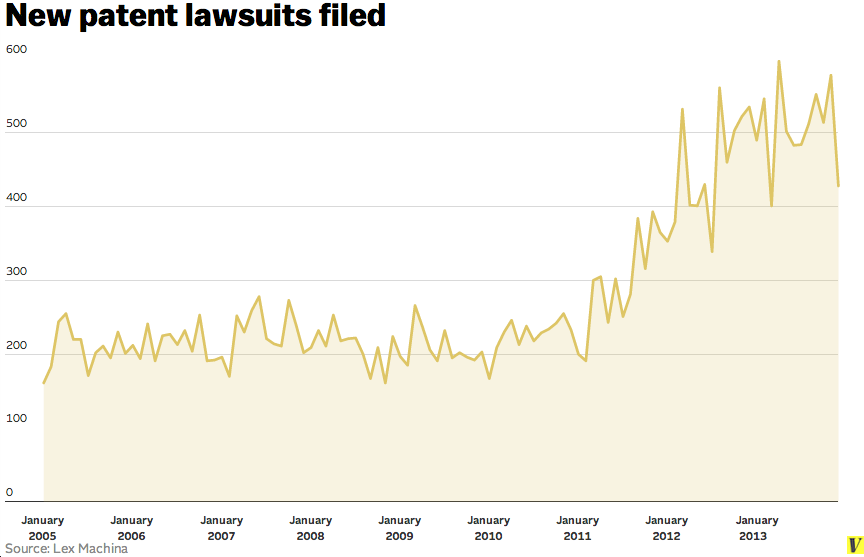 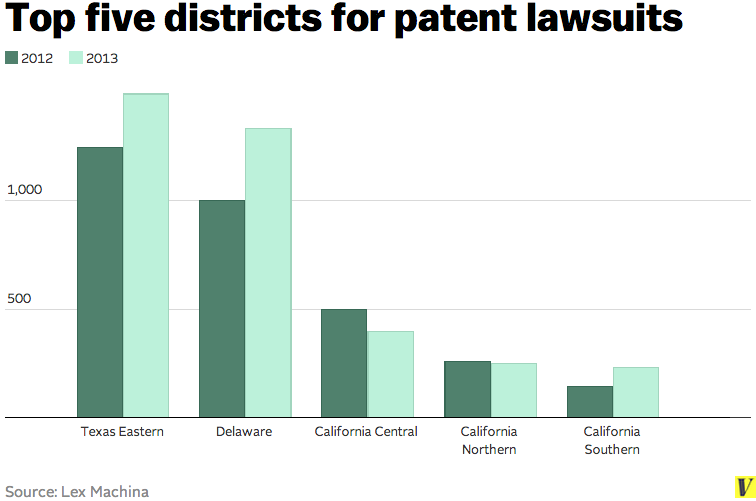 Patent lawsuits were disproportionately filed in two places: Delaware and the Eastern District of Texas. These two jurisdictions accounted for 46 percent of all patent lawsuits filed in the country in 2013.

California is the home of America's technology sector, so it makes sense that there would be a lot of patent litigation there. But Tyler, TX, is hardly a hotbed of innovation. What explains the huge number of patent lawsuits filed there? The researcher Jim Bessen has noted that Delaware and the Eastern District of Texas are two of the most plaintiff-friendly jurisdictions in the country. Patent trolls have taken advantage of this by setting up their "headquarters" in East Texas cities like Tyler and Plano. 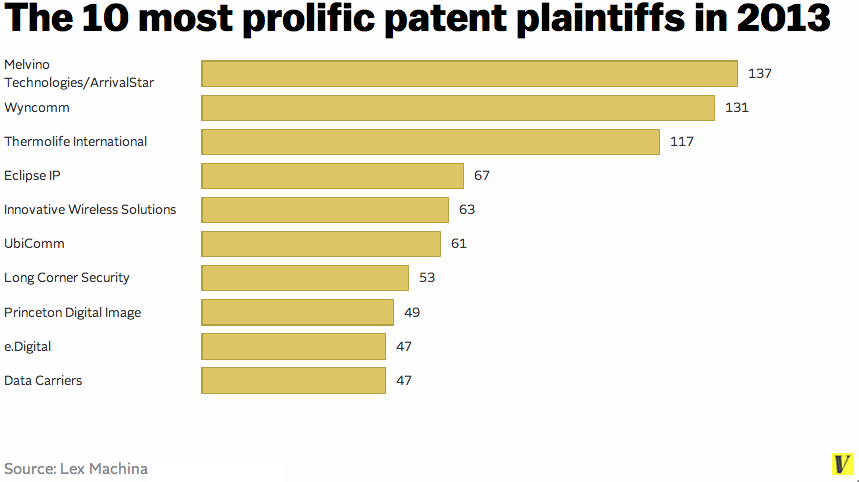 These 10 companies account for 12 percent of all patent lawsuits in 2013. Don't recognize the names? That's not a coincidence. Lex Machina says the top plaintiffs nationwide are all "patent monetization entities" — commonly known as patent trolls. These are companies whose entire business model is patent litigation. So it's not surprising that none of them are household names.

Apple faced the most new patent lawsuits in 2013 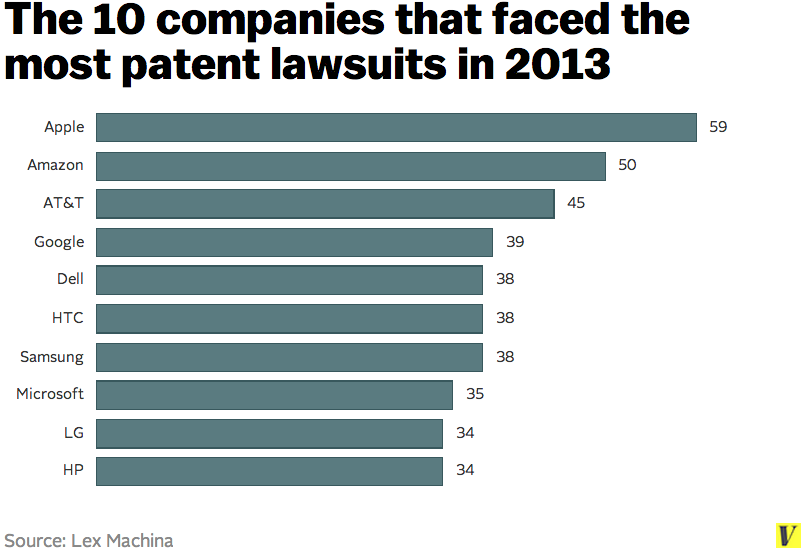 Apple had the dubious distinction of being the nation's most-sued company in 2013. Other household names like Amazon, Google, and Microsoft also faced dozens of lawsuits.

And it's important to remember that many licensing demands never reach a courtroom. Many more patent holders negotiated settlements with these companies before they reached the point of filing a formal lawsuit.

The courts are invalidating more patents based on subject matter 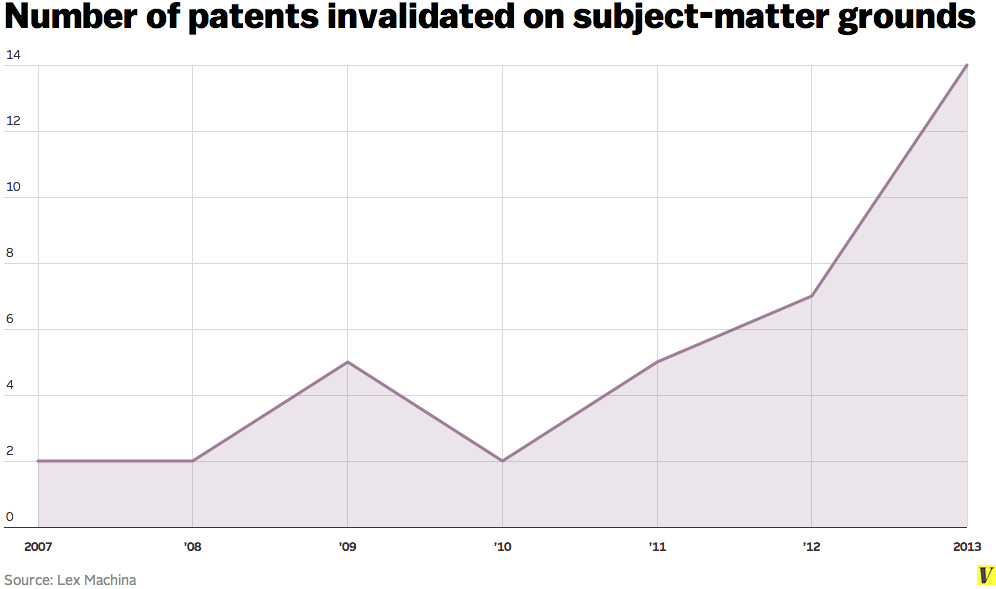 Next month the Supreme Court is expected to issue a landmark decision on the patentability of software. The high court has already placed limits on patenting medical diagnostic techniques and human genes. This graph shows that lower courts are already taking those rulings as a sign that they can invalidate patents for being outside the categories of invention that are eligible for patent protection.

Even last year's high of 14 decisions invalidating patents is still a small number, and most patents are still invalidated on other grounds, such as obviousness. But the key point is that this kind of ruling was almost unheard of prior to 2012. If the Supreme Court places stricter limits on software patents later this year, this kind of ruling could become a lot more common.