Mass murderers want glory and fame. Somehow, we need to stop giving it to them.

Share All sharing options for: Mass murderers want glory and fame. Somehow, we need to stop giving it to them.

Elliot Rodger is the most dangerous possible shooter for an age of media saturation. His chilling clips were on YouTube — and can be replayed across a thousand nightly news broadcasts. His posts litter forums, and more are sure to be discovered. His family is connected to celebrities. He was handsome in a way, and a student at a sexy, sun-drenched school on the California coast. His madness was a weaponized mixture of rich-kid entitlement, aching lonesomeness, and digital cries for help. He seems less like a person than like a character from an artsy slasher flick meant to comment on inequality, misogyny, gun violence, and online alienation. He will be irresistible to the media. And that makes him a threat even in death.

The media will make Elliot Rodger a threat even in death

There's a reason the media rarely reports on suicides. Sociologists long ago discovered that suicide is contagious — and media coverage helps its spread. There are guidelines endorsed by the Centers for Disease Control, the World Health Organization, the National Institutes of Mental Health, the Office of the Surgeon General, and others warning against "inadvertently romanticizing suicide or idealizing those who take their own lives by portraying suicide as a heroic or romantic act." They also caution media outlets against credulously relaying the testimony of the deceased. "The cause of an individual suicide is invariably more complicated than a recent painful event such as the break-up of a relationship or the loss of a job," they write.

But the national media reports ceaselessly on mass murders. Cameras are often there to cover the actual shooting, and they don't leave until weeks or months after the final press conference. Magazines profile the killers, lingering on their fashion affectations or their love of death metal or their disturbed art or the maddening realization that they didn't seem like killers at all. These are all natural attempts to understand a tragedy. But the end up glorifying the murderer — and possibly creating copycats.

Sociologists believe that mass murder is contagious, too. "The tornado of media coverage that swirls around each such mass killing," wrote Zeynep Tufekci at The Atlantic, "and the acute interest in the identity and characteristics of the shooter -- as well as the detailed and sensationalist reporting of the killer's steps just before and during the shootings — may be creating a vicious cycle of copycat effects similar to those found in teen and other suicides." They also may be fulfilling the shooter's hopes and dreams.

"Isn't it fun to get the respect that we're going to deserve?" said Columbine shooter Eric Harris. He and his partner, Dylan Klebold, had hoped that Steven Spielberg and Quentin Tarantino would fight to tell their story. Instead, it was Gus Van Sant who fictionalized their lives on the silver screen.

In the New York Times, Adam Lankford, an assistant professor of criminal justice at the University of Alabama, summarized three motivations for suicidal mass murderers. The first is they are "struggling with mental health problems that have produced their desire to die." The second is "a deep sense of victimization and belief that the killer's life has been ruined by someone else, who has bullied, oppressed or persecuted him." The third "is the desire to acquire fame and glory through killing."

Every time a mass murderer wins fame and glory through killing it helps convince the next mass murderer that a shooting spree will give them the respect in death that they were never able to acquire in life.

Rodger's writings are a sick mixture of megalomania and self-pity. "I was desperate to have the life I know I deserve; a life of being wanted by attractive girls, a life of sex and love. Other men are able to have such a life," he wrote in his 141-page autobiography. "So why not me? I deserve it! I am magnificent, no matter how much the world treated me otherwise. I am destined for great things."

Unable to be the hero of his own story he decided to become the villain of everyone else’s. And, with the unwitting cooperation of 24/7 media, he will become a national villain. And other sick young men will see him get the renown in death that they have have never been able to receive in life. 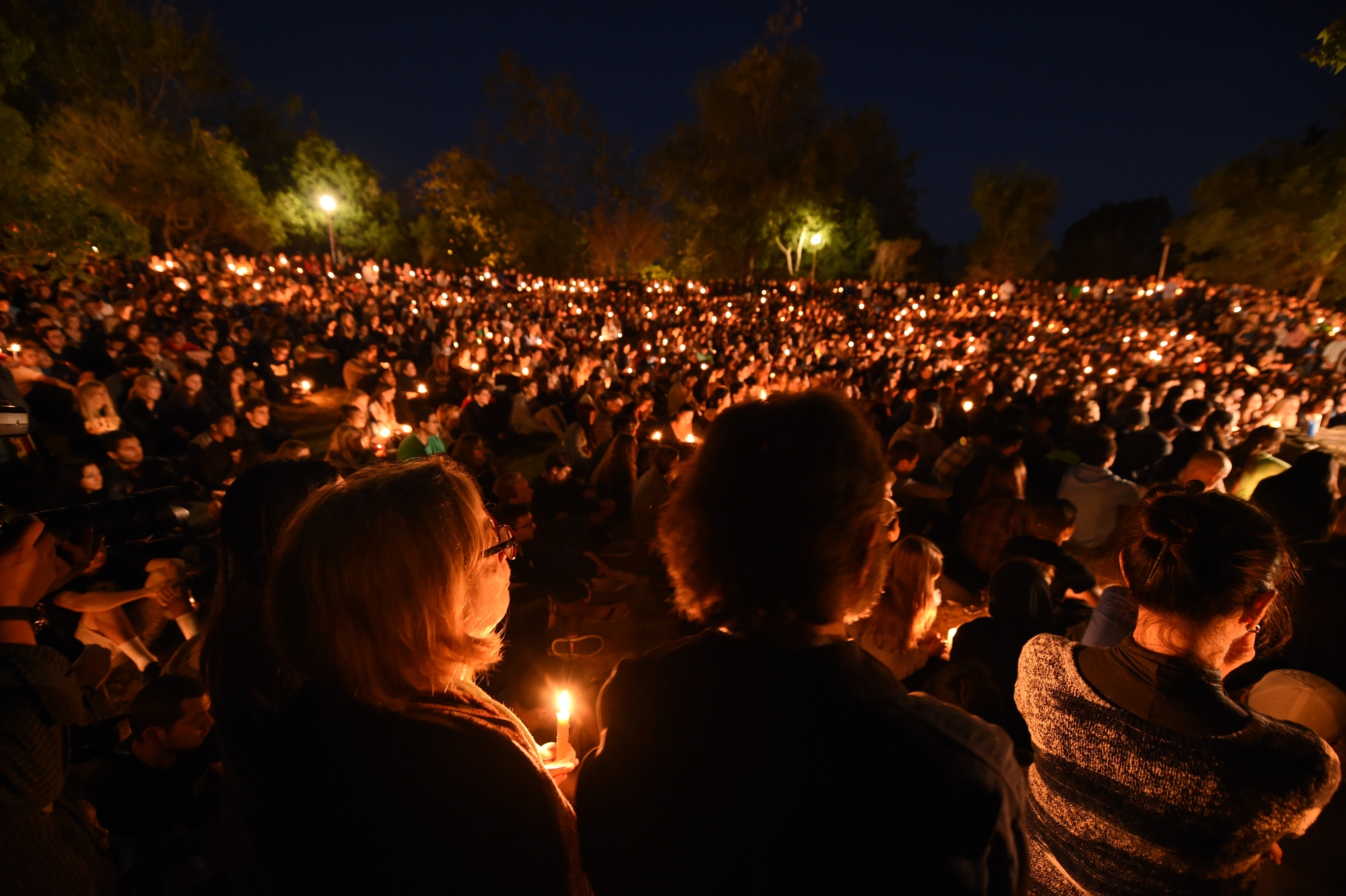 A vigil for the victims in Santa Barbara, California. (ROBYN BECK/AFP/Getty Images)

This is an easy dilemma to point out. It is much harder to solve. Even the act of writing this article contributes to the problem. I've described Rodger's life, his grievances, his writings. I've quoted from his manifesto and compared him to past notorious mass murderers. I've made him that much more famous.

Tufekci offers some recommendations. "There should be no reporting of the killer's words, or actions before or during the shooting," she writes. The name of the killer should not be officially confirmed until the trial. And she warns against "stories about which guns exactly were used or how much robo-cop gear was utilized."

This amounts, of course, to a kind of call for censorship around a national event. There are some precedents. She points to the kidnapping of NBC's Richard Engel in Syria as an example. "The information about his capture, though obviously newsworthy, was held back in order to aid the negotiations and rescue efforts," she writes. But routinizing that kind of censorship is probably impossible, even if it was wise.

Another possibility, though, would be to say less about the killer and more about the victims. The women and men Rodger shot had lives, too. They had social media accounts, and friends, and they made art and wrote essays. Perhaps there's a way to honor the victims rather than glorifying their murderer. Perhaps it would give future mass murders pause to know that they would be making their enemies into national heroes rather than making themselves into national villains.