The good news about gun violence in America

Share All sharing options for: The good news about gun violence in America

Given the horrific rampage that occurred yesterday near the UC Santa Barbara campus and widespread media coverage of similar incidents in recent years we could be forgiven for believing that the United States is experiencing a surge in violent deaths. But as best as one can tell from limited data, this isn't the case. America's murder rate remains high compared to rich countries in Europe or Asia so people are right to be alarmed by the level of violence, but the good news is that it seems to be falling.

Here's the FBI's 20-year trend on the homicide rate in the United States: 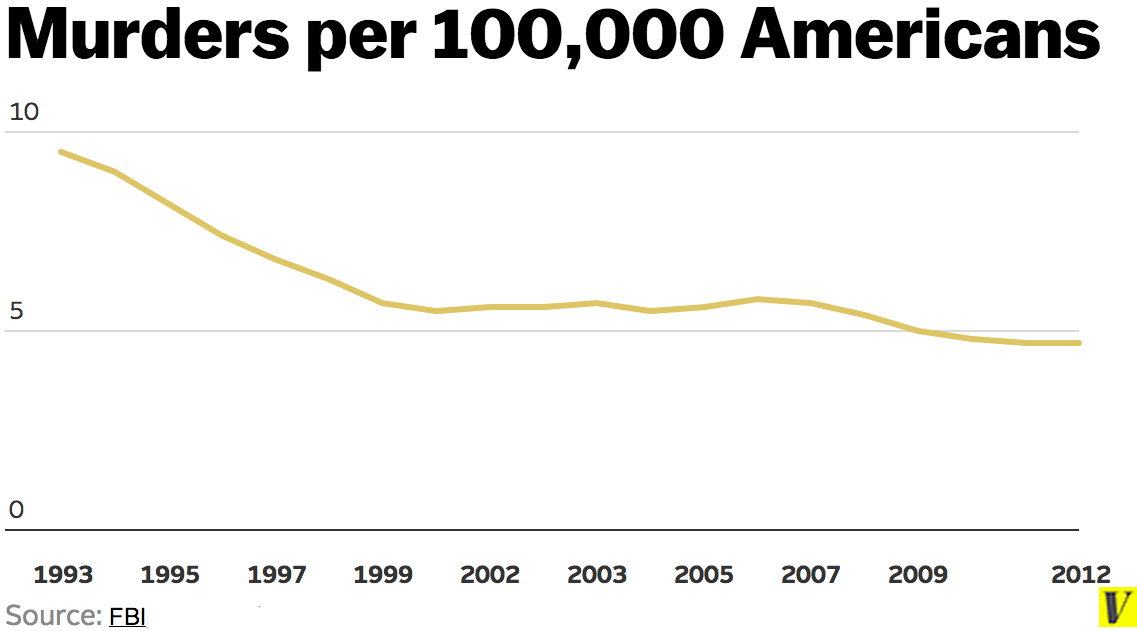 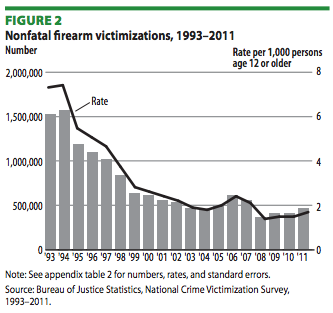 Of course we'd also like to know what's happened since 2012. The best source we have is the FBI's "preliminary" findings for the first half of 2013 which show that in January 2013 through June 2013 there were 6.9 percent fewer murders than in the first six months of 2012.

Last year Pew found that the American people are broadly unaware of these facts. According to their survey "56% of Americans believe the number of crimes involving a gun is higher than it was 20 years ago; only 12% say it is lower and 26% say it stayed the same."

Media coverage of violent crime is leaving people with the impression that gun violence is becoming more common. But, happily, the opposite is true — we're much safer than we were ten or twenty years ago.