Since the health-care law's inception, Obamacare's political supporters have been completely outspent by the law's opponents.

A new report from Kantar Media shows that political spending for and against Obamacare has been very lopsided since it was signed into law, with the opposition spending 15 times more on ads than supporters. 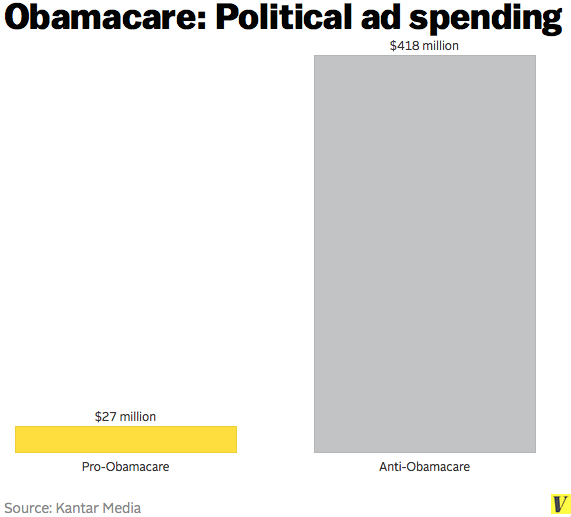 Kantar Media found that these ads have changed in recent years. Prior to the October launch of HealthCare.gov, the ads focused on how the health-care law could affect jobs and increase the size of government. After the launch of HealthCare.gov, ads focused on the glitch-ridden website, canceled policies, and higher premiums. That's not really surprising, given the swing in news coverage that followed the disastrous launch of Obamacare's website. 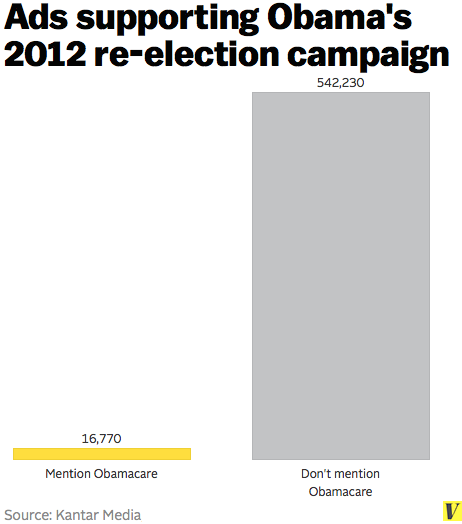 A previous analysis from Kantar Media found the same kind of results around the country in this year's congressional races, as Vox's Andrew Prokop previously covered. 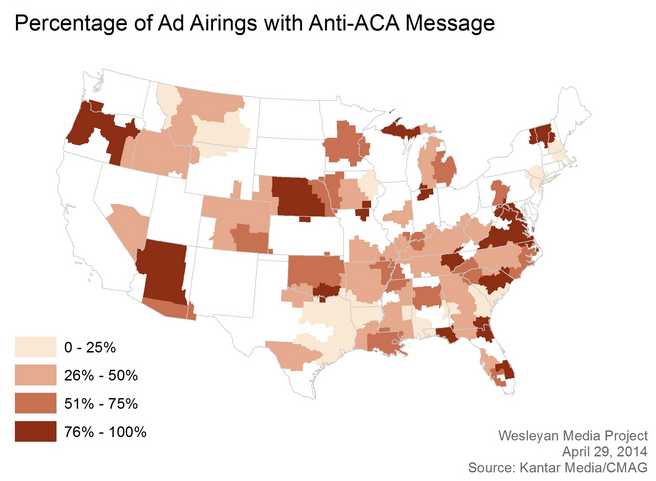 As Kantar Media explained, these ads aren't necessarily meant to shape public opinion; they instead try to pander and take advantage of the public's views. For Obamacare, that rings true: the health-care law, regardless of its policy merits, has never been popular. As a result, Democrats have run away from the health-care law.