Share All sharing options for: What the voice of Jem thinks about Jem and the Holograms' popularity today

This week, anticipation for the movie adaptation of the beloved '80s cartoon Jem and the Holograms movie was ratcheted up another level with the announcement that Juliette Lewis and Molly Ringwald would be joining its cast. 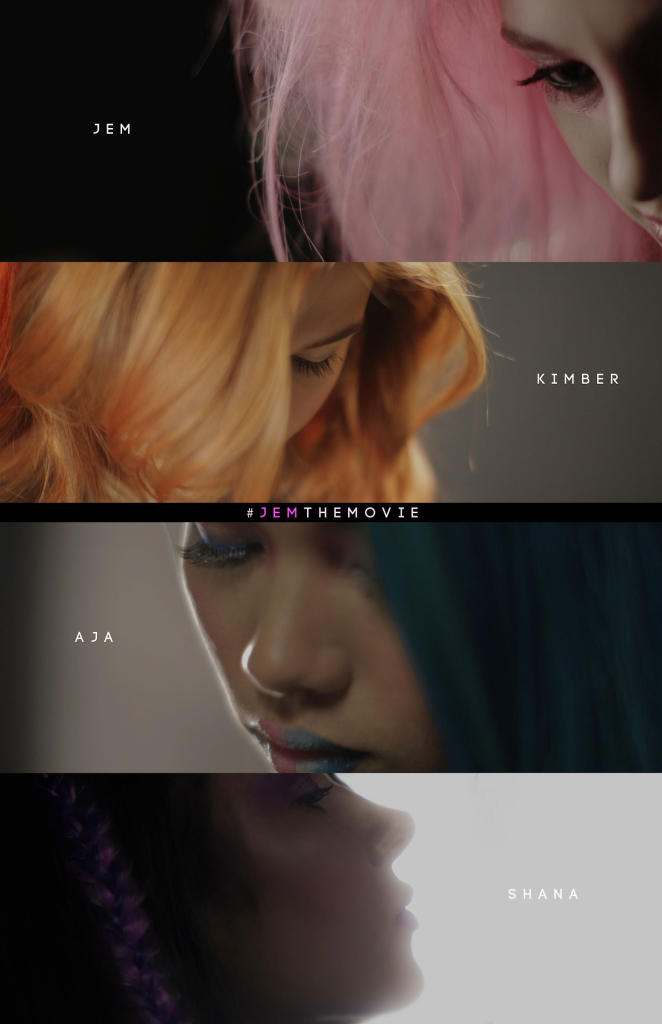 The Jem and the Holograms teaser poster.

The show ran from 1985 to 1988 and centered on the double life of music executive Jerrica Benton, who, with the power of her sentient computer Synergy, could transform into the pop superstar Jem, with her siblings as her bandmates. Plots included feuds with rival bands and a faux love triangle involving Jerrica and her alter-ego. It...got pretty weird.

Yet, judging by the rapturous response it's getting online, the producers were onto something with this movie adaptation. Even though most of the original show's biggest fans are now in (or approaching) their 30s, the show is finding support in and aiming itself at the tween market.

For Britta Phillips, all this hype around the cartoon character is a little surprising. Phillips, now 50 and preparing for her first solo album, was the sugary singing voice of Jem and is one half of the ethereal pop duo, Dean & Britta. I caught up with Phillips, who is currently on tour in Europe, to ask her about her current plans, Jem's significance to a generation, and how she managed to get her voice high enough to sing all of Jem's songs:

Alex Abad-Santos:  What music projects are you working on (since being Jem)? Can you tell us a little about your band? 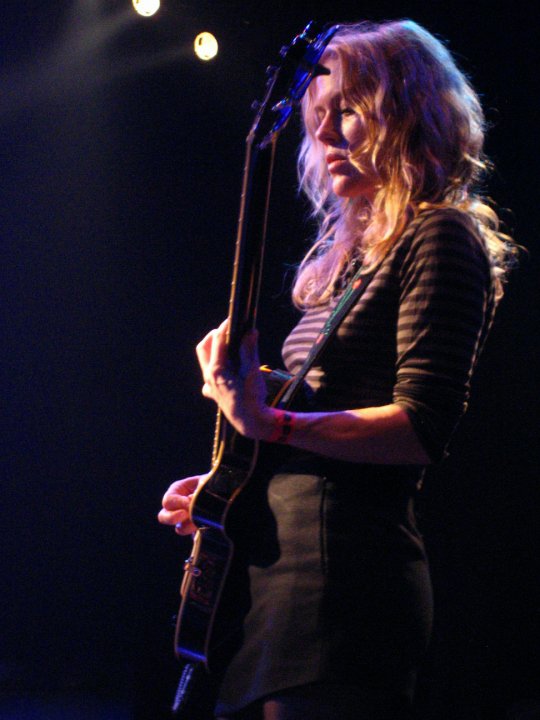 Britta Phillips:  I'm making my first solo album now, but my "band" for the past nine years has been "Dean & Britta", which is really a duo (we both sing, I play bass and keys, he plays guitar) but we perform live with a whole band. Dean Wareham is my husband now, but we met when I auditioned as bass guitarist for his band, Luna, in 2000.

The Warhol Screen Tests album began as a commission by the Warhol Museum to write and perform songs to accompany 13 of Warhol's silent film portraits of Factory regulars, such as Edie Sedgwick, Lou Reed and Nico, shot between 1964 and 1966. The "screen tests" are projected above the band while we play. We've performed this show all over the world (about 80 times) including the Sydney Opera House and Lincoln Center in NYC.

AAS: How would you describe your music? When are you going to be touring in the US?

BP: Right now I'm on tour in Europe playing with Dean to promote his solo album. We just did a tour of the east coast and mid-west in the US and will be doing a west coast tour in June. The first two Dean & Britta albums have been compared to Nancy Sinatra & Lee Hazlewood/ Serge Gainsbourg & Jane Birkin.

The Warhol Screen tests album is a bit more Velvet Underground and Nico flavored. Dean and I just did a split 7" single - he's on one side and I'm on the other.

AAS: How did you get to be the singing voice of Jem? What was that audition process like?

BP: Shortly after I moved to New York City, my dad (who was a musician living in NYC) gave my demo tape and photo to Anne Bryant (who wrote all the Jem songs). She had told him Hasbro was looking for a young singer for the show. I had a cold the day I went in to audition and they recorded me singing the Jem theme song. Soon after, they told me I got the job. I was thrilled but I thought that they would bring me in to re-record it "for real", but they kept my audition as the theme song.

AAS: Do you have a favorite Jem song? How hard were they to sing? Those are some high notes.

BP: There were definitely songs that I enjoyed singing more. The earlier songs are the ones that are most vivid — "Twilight in Paris", "Only The Beginning", "When It's only Me & The Music", "Like A Dream" — some of them were a bit difficult to sing because of the high notes, but still fun.

They kept trying to see how high I could go. They had a "trick" that seemed to help if I was having trouble. I'd bend over so that all the blood would rush to my vocal chords right before I had to record the really high notes.

AAS: Why do you think there's a sudden interest in Jem? Most of the people who watched the show are now in their 30s.

BP: I really don't know. I've always heard from Jem fans over the years and even meet them at shows, but interest does seem to be heightened now since the movie was announced. Perhaps people are more nostalgic once they hit 35?

AAS: What do you think Jem stood for at the time? Why did young girls (and boys) look up to her?

BP: Well, there was the glamour, romance and adventure, but mostly I think it was the acceptance to be who you are, the courage to fly your freak flag. And the characters were conflicted, confused and imperfect. They had to work their way through a lot of drama. Many Jem fans have told me they had less than happy childhoods and found an escape and sanctuary in the Jem world.

AAS:  Jem was kinda ahead of her time. There's been this trend of women in music having alter egos — Beyonce has Sasha Fierce; Nicki Minaj claims to have multiple personas, Lady Gaga, Iggy Azalea calls herself a drag queen — or personas when they get on stage. That's like Jem/Jerrica.

BP: Don't forget Hannah Montana! Yes, I believe that becoming "someone else" frees performers to reveal parts of themselves that they would otherwise keep hidden. We have limiting ideas of ourselves and often censor what we think is "bad" or "wild", but we all have darker, glamorous shadow selves in our psyches.

AAS: Finally, do you know who the Mifits are? Are their songs really better?

BP: Do you mean in the movie? No, I don't. I know who the singers were on the show. I don't know if their songs are better but they were were a lot more fun.