Share All sharing options for: Government benefits have kept the 99%'s income growing

Inequality is now as high as it was in the 1920s — at least, that's one popular storyline out there about the growing gap between the wealthy and the impoverished. But it doesn't exactly tell the whole story.

In a blog post this week, Gary Burtless, senior fellow in economic studies at the Brookings Institution, says just that, arguing that inequality researchers like Thomas Piketty, author of Capital in the 20th Century, use data that underestimates income gains the poorest Americans have made in recent decades.

The issue, Burtless writes, is that researchers too often rely on IRS data, like Piketty and Berkeley's Emmanuel Saez use. Those figures don't account for government programs like Medicaid and food stamps, many of which are in place to ease the burdens of the poor. In addition, both IRS and Census data exclude the effects of the tax system, which boosts the poor through policies like the earned income tax credit.

That said, the top 1 percent saw its after-tax income triple over that same period by this measure. Here is a look at how incomes break down when you use CBO data. 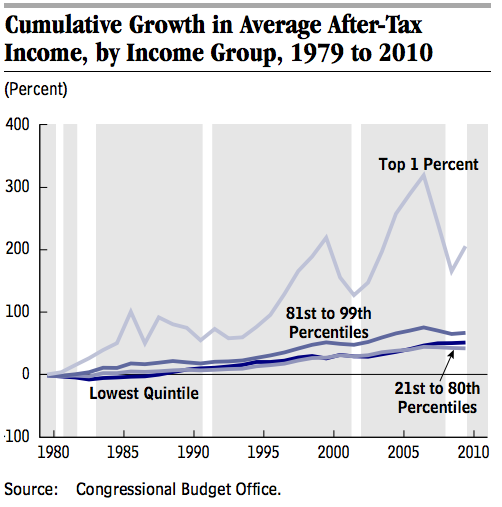 Looking at that chart, it can be hard to remember that that all groups' incomes ultimately increased, since they're all dwarfed by massive increase for the 1 percent. But there are still some sizable gains among the bottom 99 percent. And in part what's behind that is that total government social benefits have increased from around 1 percent of national income in the late 1920s to around 17 percent as of 2012. 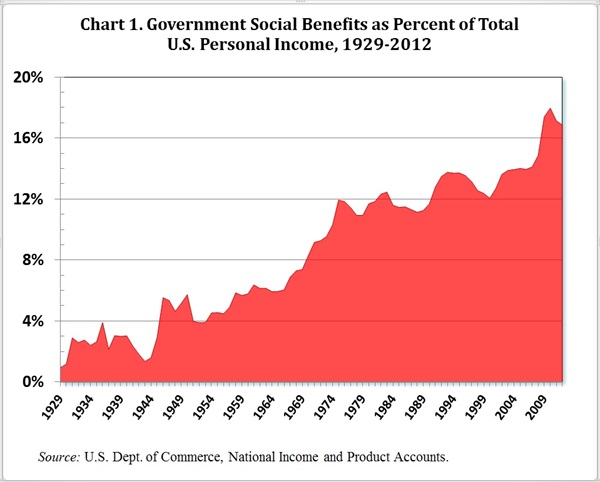 And that is of course not spread evenly. The value of all government programs like food stamps, Medicare, and Medicaid account for 74 percent of the "income" of people in the bottom 20 percent of the income distribution — nearly three times market income, which includes a person's normal paycheck. Go up the spectrum, and that share shrinks to a sliver. 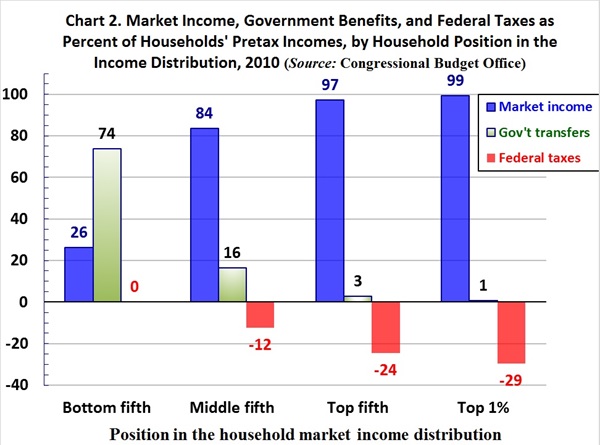 This doesn't at all mean that inequality hasn't grown over the long term or that the poorest Americans have it easy, thanks to government assistance. Nor, of course, does it invalidate Piketty or Saez's work — the beauty of the IRS data is that it goes all the way back to the early 20th century.

What it does mean is that it's good to remember there's more than one way to measure inequality. And even in the face of an ever-widening gulf between the wealthy and the impoverished, the government has undertaken a lot of successful programs that have managed to dampen — but by no means erase — increases in income inequality.