21 things Obamacare does that you didn't know about

Share All sharing options for: 21 things Obamacare does that you didn't know about

Obamacare is the law that extends health insurance coverage to millions of Americans.

It is also the law that requires restaurants to post calorie labels, employers to provide adequate break times for breast feeding and starts funding programs meant to train people for adulthood (seriously).

Tucked inside the Affordable Care Act's 2,000 pages of legislation are hundreds of new programs that have little, if anything, to do expanding insurance coverage. Some are pet favorites of legislators, who tacked a tiny provision into a very large law. Others raise small amounts of revenue to help pay for the insurance expansion. And others are just... weird. Here are 21 programs that are, indeed, part of Obamacare.

The law makes funds available for "personal responsibility" programs aimed at preparing young adults for being grown-ups. Per federal law, all of these programs must include efforts to educate young adults prevention of both pregnancy and sexually transmitted diseases. Beyond that, they're expected to touch on other "adulthood preparation subjects", including but not limited to: financial literacy, healthy relationships, communication and interpersonal skills, educational and career success, body image, goal-setting, decision making, and stress management.

2. And it imposes a 10 percent tax on indoor tanning.

Affectionately called the "Snooki tax" during the legislative debate, Obamacare imposes a 10 percent tax on each episode of indoor tanning. The government taxes the tanning salon, but that cost is passed on indirectly to consumer. The thinking behind the tanning salon tax is that tanning is super unhealthy — it's linked to deadly skin cancer, which is expensive to for the health care system to treat. This tax helps pay for Obamacare. 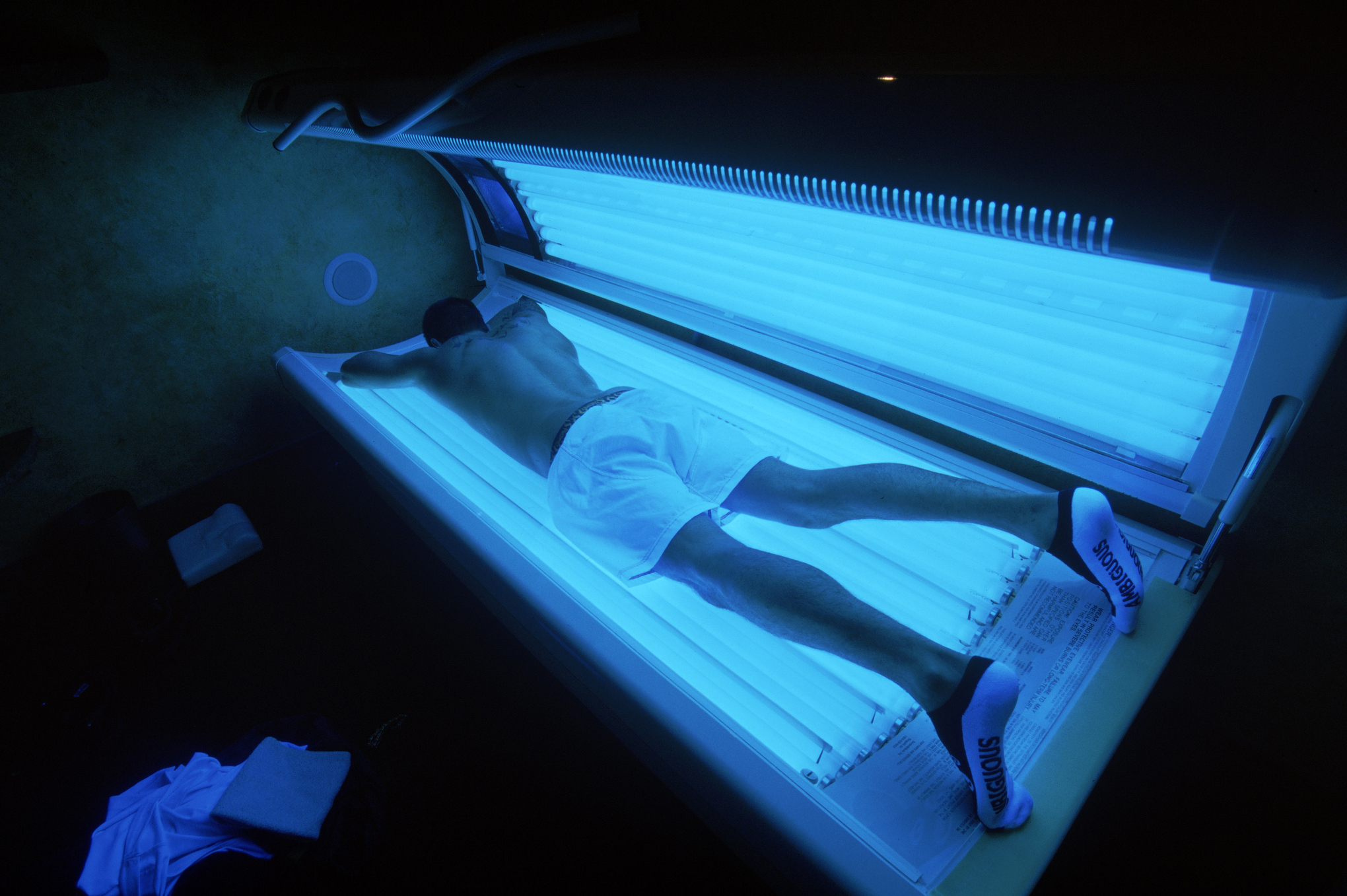 3. Now the cost of your insurance appears on your tax forms.

Most people have no idea how much their insurance at work actually costs — and this part of Obamacare is supposed to change that.

Employers are the most common source of health insurance in America, and employers usually pick up a big share of the tab. This means that workers sometimes aren't aware just how expensive their coverage is—the Kaiser Family Foundation estimates that the average insurance premiums for an individual is $5,384 but the worker only sees 20 percent of that withheld from their paycheck. To promote more awareness, the ACA requires that employers disclose the full cost of an insurance plan (both the employer and the employee share) on the W-2 tax form.

4. States are allowed to function as laboratories for tort reform, kind of.

Specific tort reform efforts — changing the way the system handles medical malpractice lawsuits — didn't make it into Obamacare. However, the law authorizes the Secretary of Health and Human Services to make funds available for states to experiment with different kinds of medical malpractice reform and initiatives to identify, analyze, and reduce medical errors.

However, there are limits to what these projects can do: they cannot take away a patient's ability to sue if they prefer that over the alternative. So far, it seems that most of the funding has targeted research. 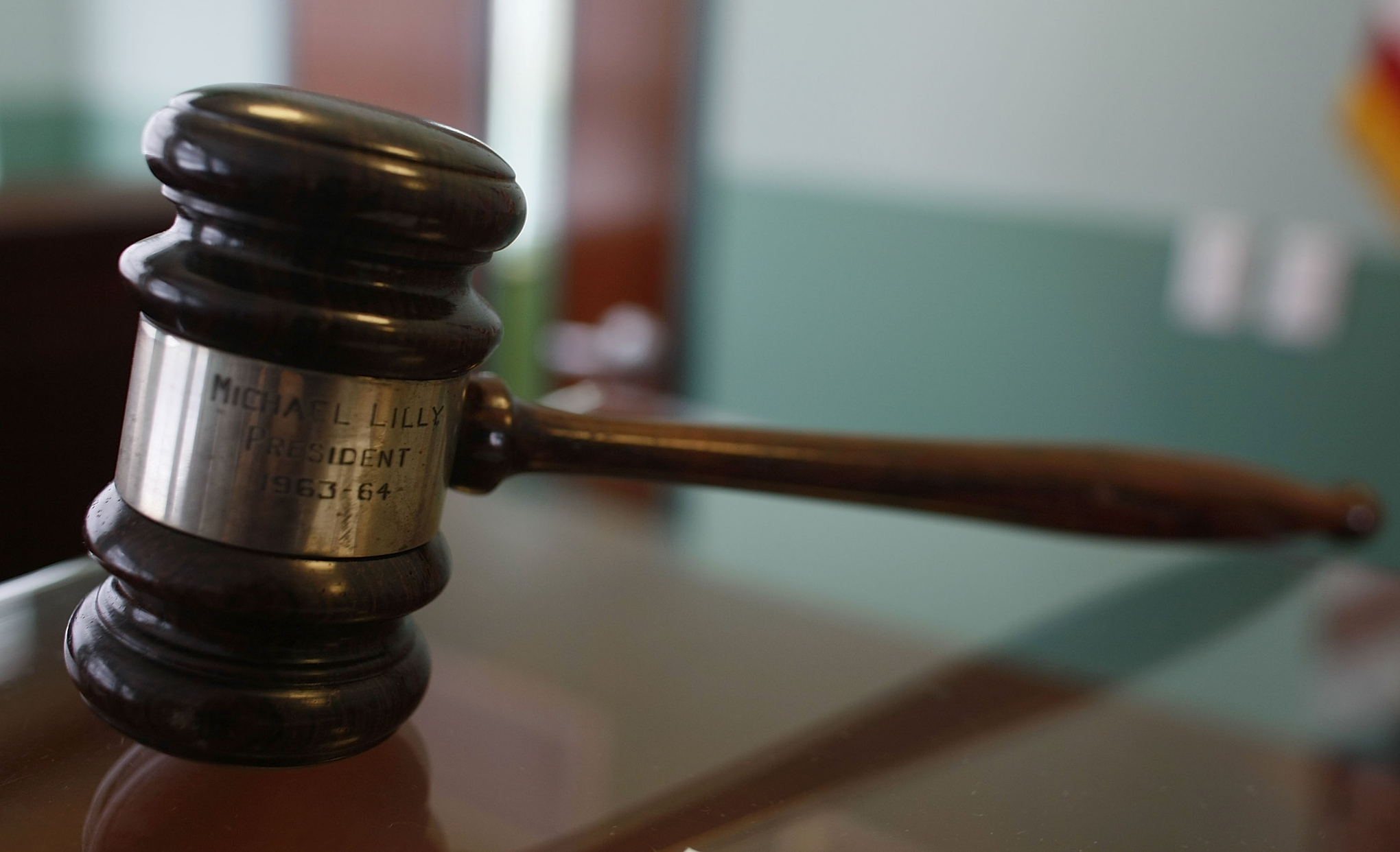 5. Discrimination against plans and providers not offering assisted suicide is explicitly prohibited.

Physician-assisted suicide is an incredibly controversial topic, and different states have different laws about the practice. A federal law in 1997 prohibited federal funds appropriated by Congress from being used to pay for assisted suicide.

6. The law authorizes funding for grants that target postpartum depression.

The Secretary of HHS is authorized to make grants available for treating individuals who have postpartum depression and psychosis (conditions that occur in women following childbirth). The law also encourages the National Institute of Mental Health to  conduct long-term study from 2010-2019 on how pregnancy affects women's mental health.

This piece of the Affordable Care Act is called the Melanie Blocker Stokes CARE Act; it is named for a woman who tragically committed suicide in 2001 after suffering from postpartum depression despite three admissions to Chicago-area hospitals following her delivery. 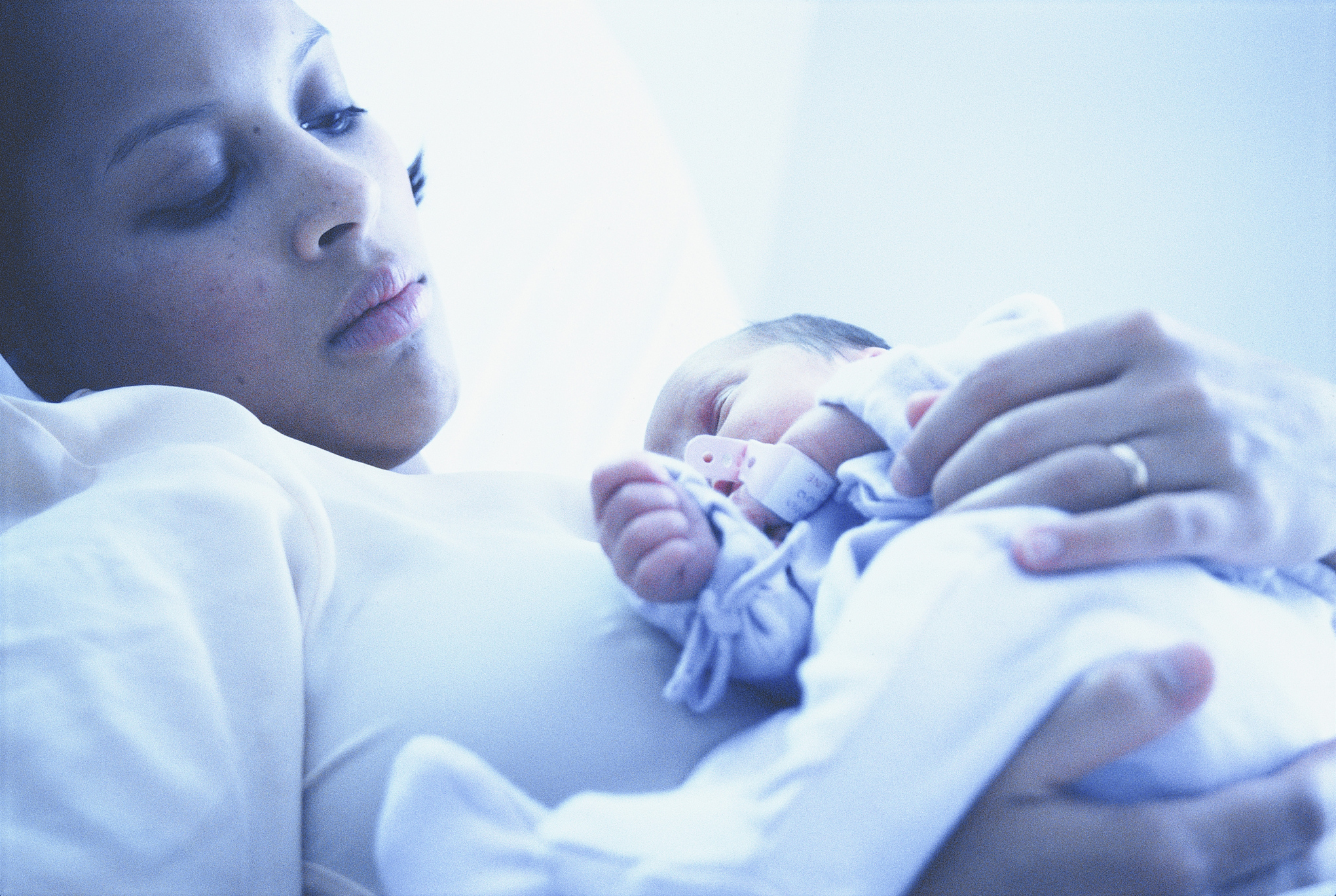 7. And it created the Elder Justice Act.

Over 500,000 elderly adults are victims of "elder abuse"—this can take the form of physical, sexual, or psychological abuse, as well as neglect, abandonment, and financial exploitation. As the Boomers reach retirement age and the population's share of elderly individuals grows, so will this problem.

The law established an Elder Justice Coordinating Council and Advisory Board, tasked with the coordination of research, training, and data collection regarding elder justice programs. Additionally, grant funding is made available to support the research and resolution of elder abuse.

Employers with more than 200 full-time employees that offer health coverage are required to sign employees up for the plan. This provision is expected to boost overall insurance enrollment among large employers. The process must provide adequate opportunity for an employee to decline the coverage if they prefer not to enroll.

9. Starting in 2016, people will be able to buy insurance across state lines.

There is some red tape: coverage offered through the compacts must comply with Obamacare, which means they have to provide the same mandatory benefits and protections against high out-of-pocket costs that current exchange plans offer. Moreover, interstate health compacts will require approval from the Secretary of Health and Human Services before they are recognized and permitted to enroll people.

10. Young adults who age out of the foster system at 18 receive benefits until they're 26.

Before the Affordable Care Act, states had the option — but not the requirement — of extending Medicaid coverage up to age 21 for kids who aged out of the foster system at 18.  This is an incredibly vulnerable population that suffers from high rates of homelessness, poverty, and unemployment. Under reform, states have to offer these young adults Medicaid coverage until they turn 26.

11. Private insurers have to help you quit smoking without out-of-pocket costs.

Private insurers are required to offer smoking cessation aids (like nicotine gum or patches) to enrollees without co-pay as a form of basic preventive care. Those rules don't apply to Medicaid, but most states already cover a variety of smoking cessation tools for their Medicaid enrollees. 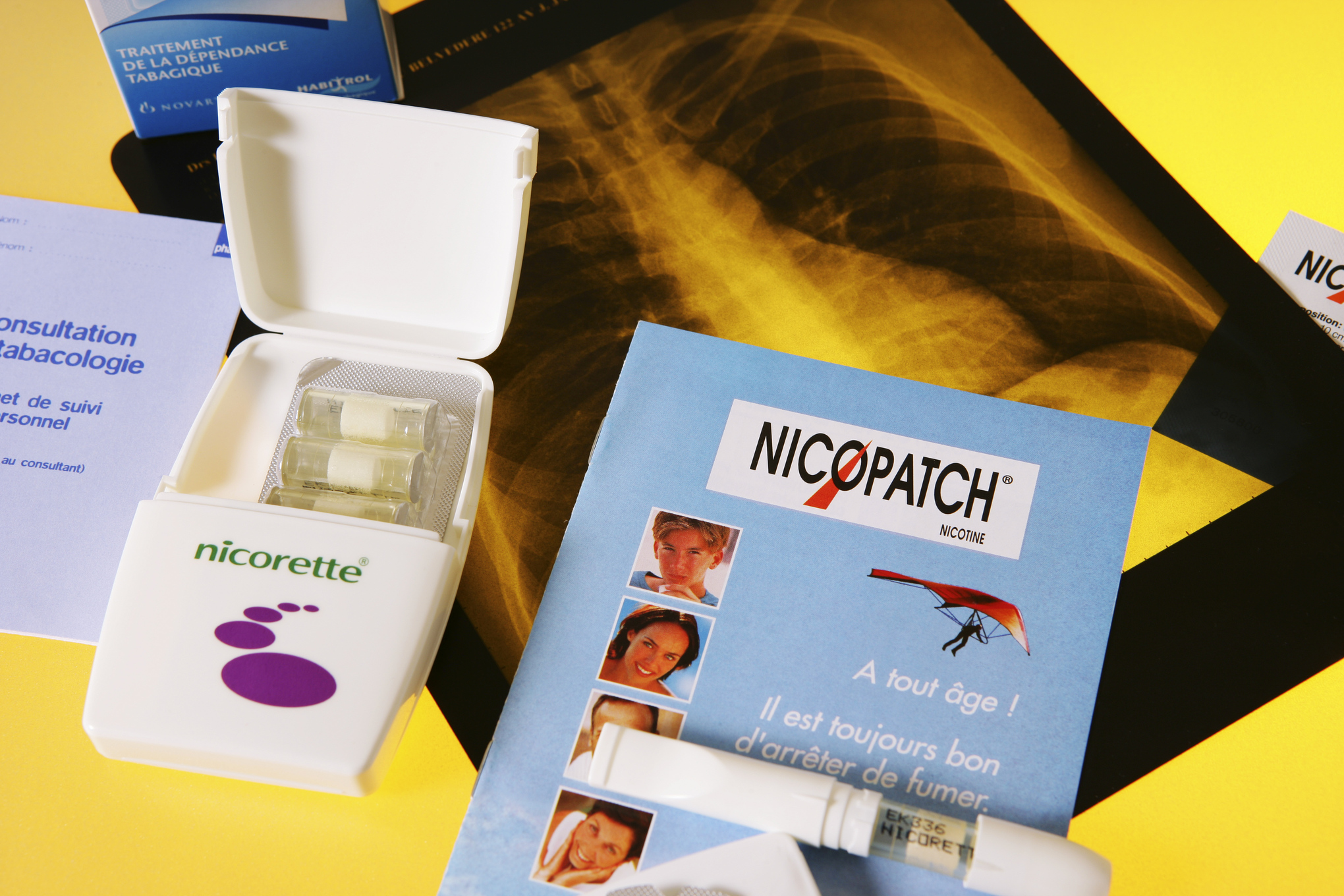 The law tasks the Secretary of HHS and the Centers for Disease Control and Prevention with conducting an educational campaign to generate awareness about breast cancer and other breast-related health issues among young women aged 15 to 44. Similar campaigns are to be conducted with health care providers, so they can better counsel young women on these issues.

Employers must provide a reasonable amount of break time — and a private place that isn't a bathroom — for an employee to express breast milk for up to one year after giving birth. Breastfeeding the first six months, at a minimum, is recommended by the American Academy of Pediatrics. Prior to health reform, there was no federal law that protected nursing mothers; state laws on the issue tended to be very general.

Those labels you've seen at McDonalds, telling you a Quarter Pounder with cheese has 520 calories? Those are definitely Obamacare.

Any restaurant chain with 20 or more locations must display calorie content directly on menus and menu boards. Eventually, this will be accompanied by the suggested daily calorie intake (the FDA hasn't finalized their regulations on that yet). Additionally, the law provides $25 million to combat childhood obesity from 2010 through 2014. 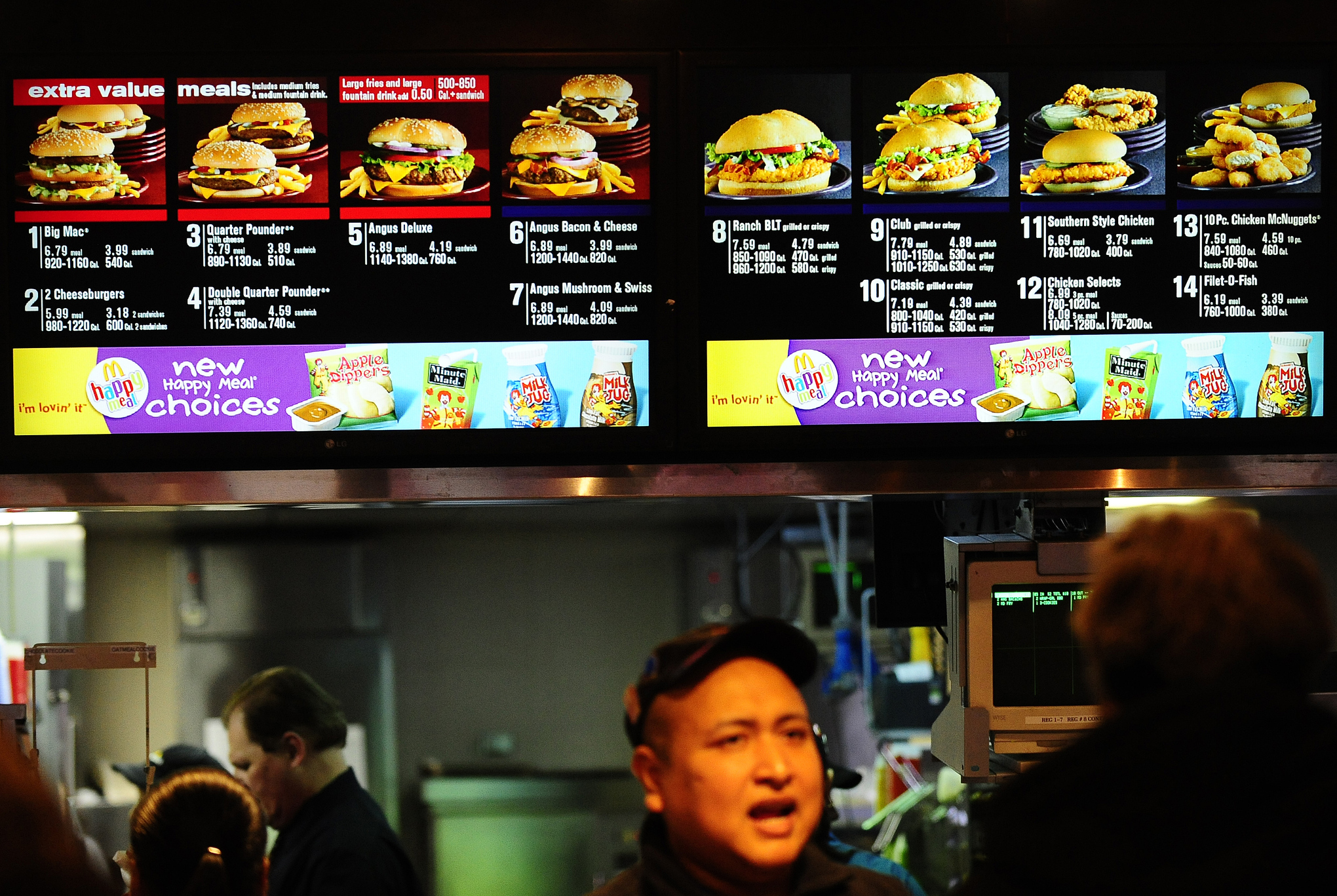 Since 1998, $50 million has been appropriated each year to support abstinence education. This funding, which was initially supposed to terminate in 2002, but has been subsequently extended through various legislation. Obamacare extended this funding through September 2014.

16. The law directs the Secretary of Health and Human Services to conduct a 5-year oral health campaign.

Among her many responsibilities, Sec. Sebelius is charged with getting more Americans to brush their teeth.

The campaign is supposed to focus on the prevention of cavities, periodontal disease, and oral cancer and improve access to dental care among children. The Secretary is further directed to update health monitoring surveys to better capture data on oral health. 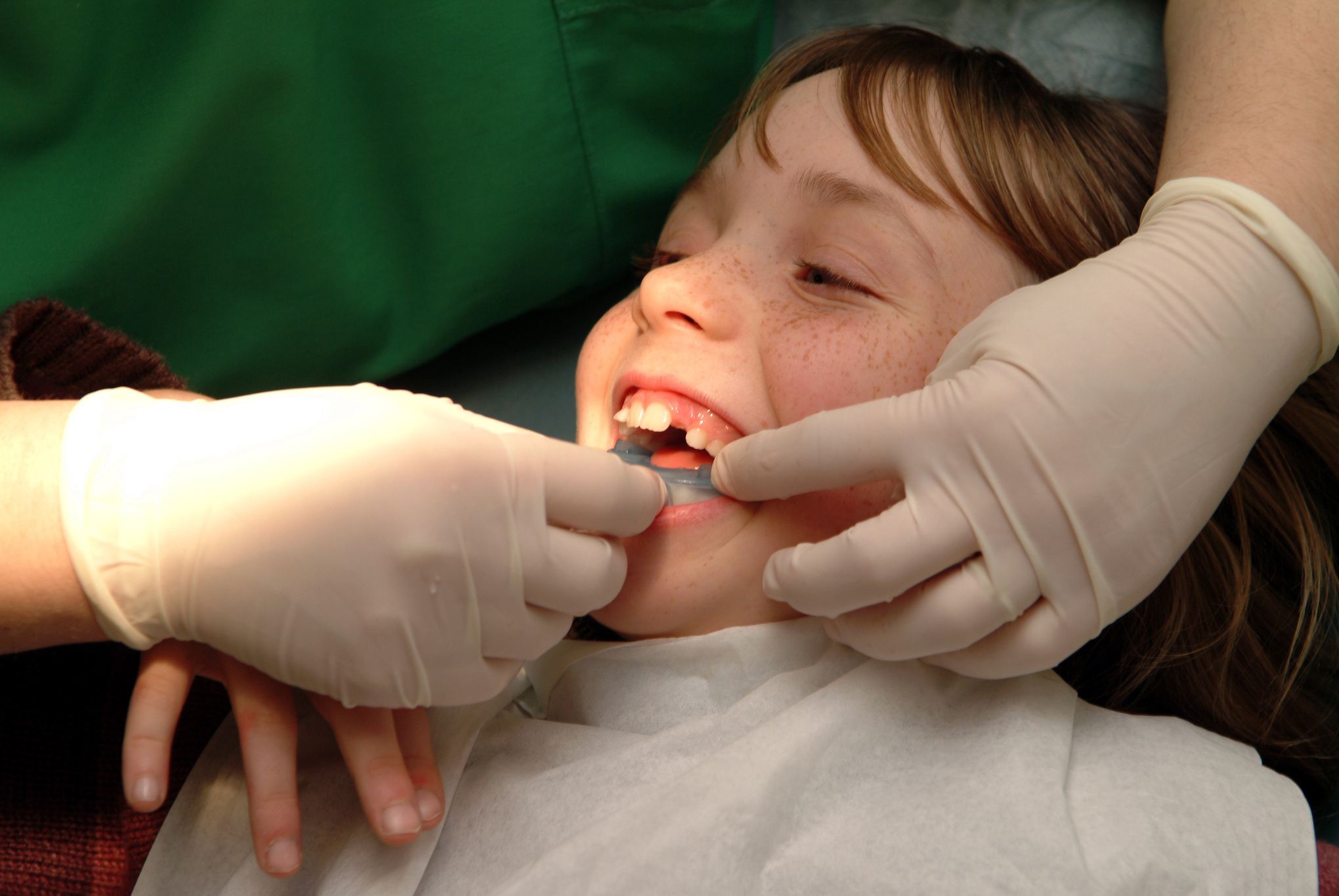 Black liquor isn't actually a liquor; it's a kind of biofuel created as a byproduct of the paper-making process and had been eligible for the cellulosic biofuel credit. In 2009, the biofuel world experienced some drama because paper companies were allegedly gaming the system by mixing diesel fuel into their black liquor, allowing them to claim billions in tax credits. To address this, the ACA includes a provision to exclude black liquor from the cellulosic biofuel tax credit going forward—this is one of the offsets used to pay for the law.

18. Insurers have to include a certain number of hospitals in their plans.

People worry that plans on the state exchanges won't offer a wide enough selection of clinicians to meet patient need and demand. "Network adequacy requirements" are intended to deal with that concern.

To be "adequate" an insurer's network needs to offer a sufficient number and variety of doctors and other providers. Plans must also include "essential community providers," who predominantly serve populations often marginalized by the health care system. It's tough to say what this looks like in practice; the feds painted network adequacy in broad strokes, but gave the states a lot of power to shape their own standards.

19. It's easier for students going into primary care and nursing to get loans.

There is a shortage of doctors who practice primary care, which has been attributed to the high cost of medical school and the low compensation for primary care physicians (relative to physicians who specialize). Health reform eased several rules that govern federal loans to medical students who commit to practicing primary care.

It also increased the maximum loan amounts permitted in the federal nursing student loan program, as a nursing shortage is predicted by 2025. 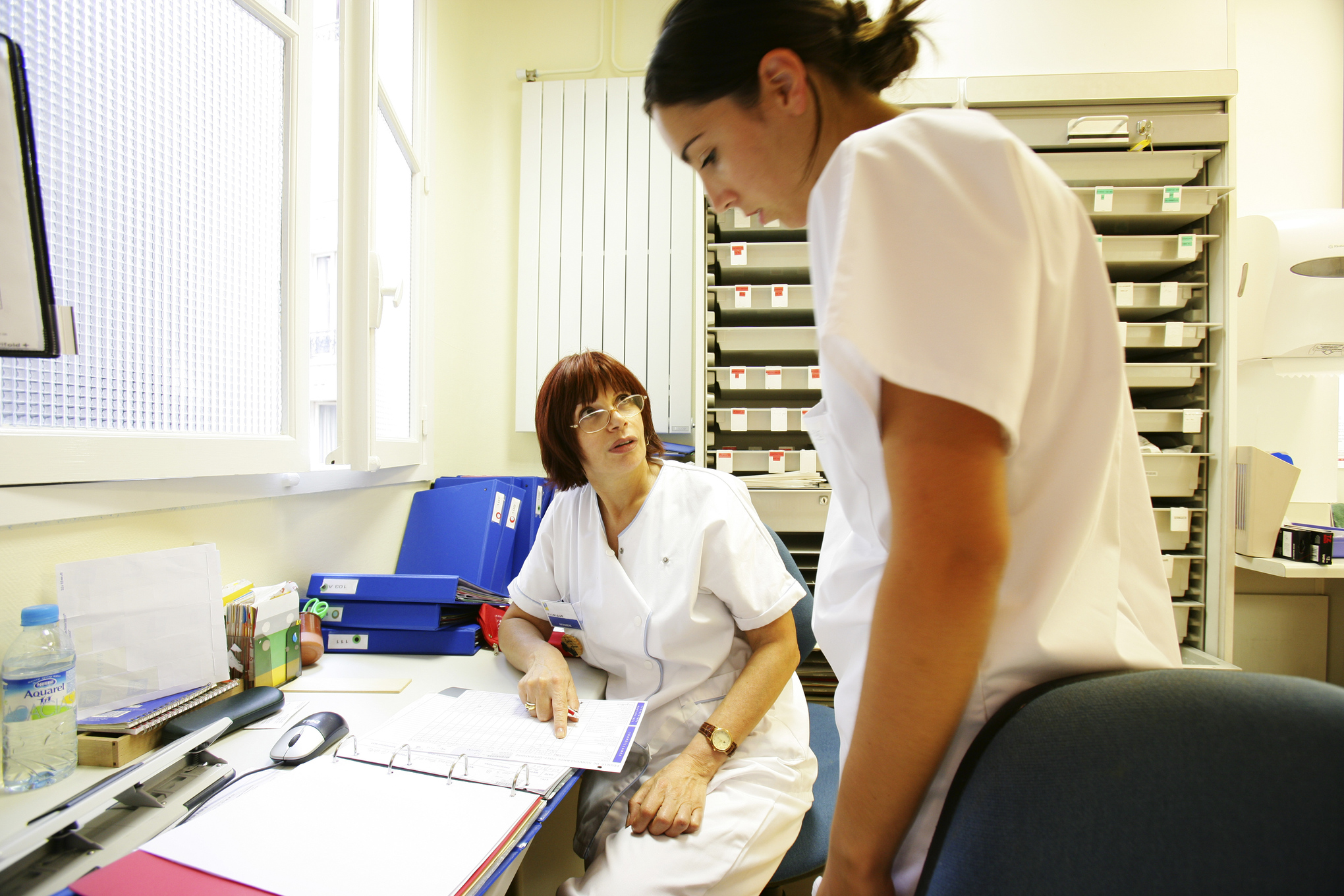 20. $25 million is given each year for a decade to help pregnant and parenting teens and college students.

The law earmarks $25 million annually over ten years for a new federal Pregnancy Assistance Fund, for the purpose of assisting pregnant and parenting teens and college students. States apply for the funds through competitive grants; the states then design a process for awarding  money to high schools, colleges, and community centers. Additionally, the funds can be used to aid pregnant victims of domestic violence, sexual assault, and related crimes.

21. There's an opt-out clause for insurers.

The law contains language specifically stating that insurers are under no obligation to participate in any of the programs created under the Affordable Care Act — they don't need to offer plans on the state exchanges. This extends to both existing and future insurers.

Where funds are "authorized" but not explicitly appropriated by the law, Congressional action is required to allocate money, so some of these initiatives may not have been fully scaled up.