Share All sharing options for: Stoners could be really good FBI agents — if we let them in

FBI Director James Comey said he was joking about the possibility, but the FBI really might need to change its personnel rules on marijuana use in the future.

"I have to hire a great workforce to compete with those cyber criminals and some of those kids want to smoke weed on the way to the interview," Comey said, according to a report in the Wall Street Journal.

Under current rules, the FBI forbids applicants from having used marijuana in the past three years. As states loosen their marijuana laws and the nation changes its views on marijuana, however, there's a real possibility that some of the most qualified candidates might smoke pot.

But, testifying in front of Congress Wednesday, Comey insisted he was joking.

"I did not say that I'm going to change that ban," Comey said. "I said I have to grapple with the change in my workforce."

Regardless of whether Comey was joking, the fact is public perceptions on marijuana are changing. And most of the public, based on a previous survey from the Pew Research Center, thinks alcohol is more dangerous than marijuana — a belief backed by the available evidence. 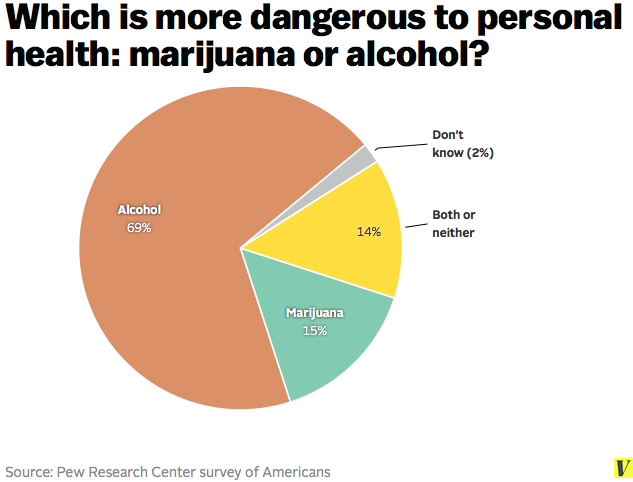 The younger the respondent, the more favorable the view toward marijuana. So as younger generations grow up, it's likely America's overall perception of marijuana safety will become even more favorable. 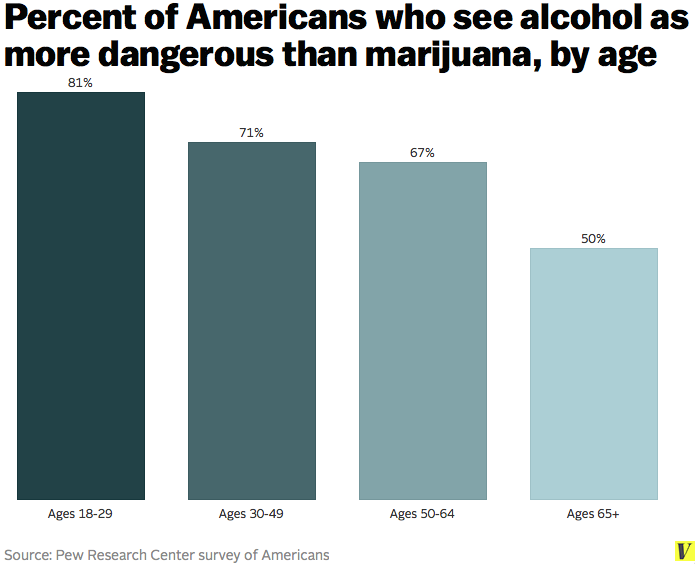 This isn't a problem facing just the FBI, either. As times change, other employers might look at these trends and opt to change their own bans on marijuana use. Otherwise, they might lose out on a fully competitive workforce.

So whether he was serious or not, there's a good possibility Comey or his successors will eventually find themselves doing what they once joked about.