Native-born Americans are more likely to be out of work

Share All sharing options for: Native-born Americans are more likely to be out of work

New data from the Bureau of Labor Statistics shows that foreign-born workers led the way to economic recovery in 2013 — with their unemployment rate dropping much more rapidly than that for native-born workers: 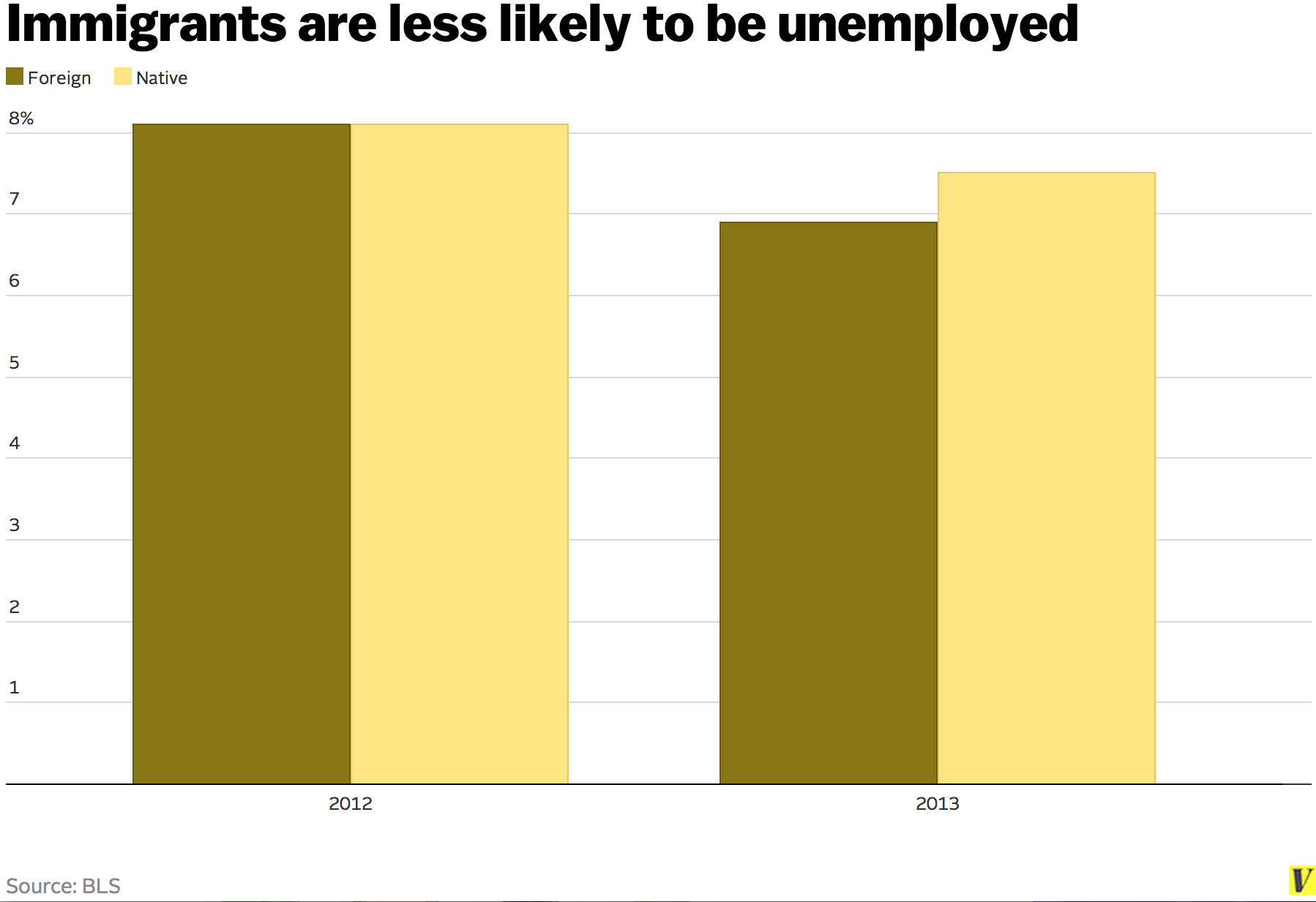 One reason for this may be that the available of jobs varies quite a bit from place to place. If you move to Utah, Vermont, or North Dakota you'll find a very low unemployment rate. If you're in Nevada or Rhode Island, you're in much worse shape. Foreign-born workers have already shown a disposition and willingness to move in search of work, and there is evidence that they are more geographically mobile inside the United States as well.