Share All sharing options for: America is fat because we exercise a little more and eat a lot more

From Colorado to Mississippi, Americans are getting fatter at nearly the exact same rate.

Nearly all data on the obesity crisis shows big disparities in the percent of the population that is overweight. Southern states, for example, tend to have higher obesity rates than those in the Northeast. Rates are higher among those with lower-incomes than high earners, and also higher in minority populations.

But this, long-time obesity research Roland Sturm argues, misses something really important about how the obesity has unfolded over the past few decades. Across different geographies, ethnic groups and income-levels, obesity rates are growing just as quickly.

This doesn't mean there isn't a gap: there's a higher prevalence of obesity among less educated Americans than those with college diplomas. But it does mean that the obesity rate is growing at the same rate among the two groups, Sturm's new research shows. 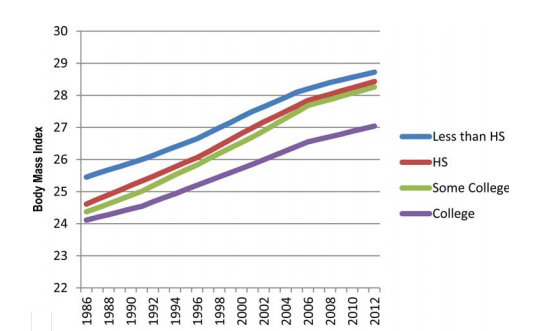 The same pattern shows up with ethnic groups, too. 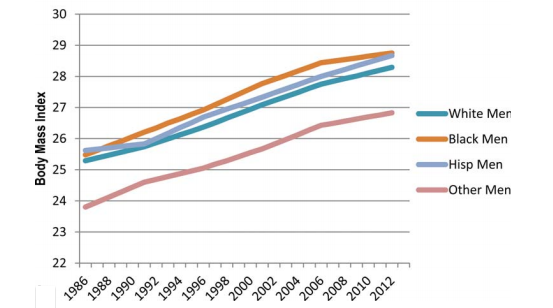 "If you look at a map of obesity rates, you might think, Colorado has been able to buck the trend and avoid this whole mess," Sturm, an economist at the RAND Institute said. "But if you look at the rate of increase, things are getting bad just as quickly as they are in Alabama." 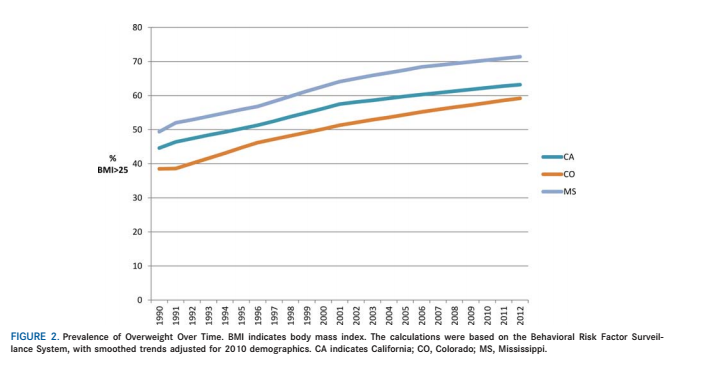 Sturm argues there are important policy implications from seeing the obesity crisis as something that's happening all over the country, rather than isolated to certain pockets of America. This suggests to him its not, for example, food deserts that are driving the obesity epidemic, if rates are going up just as quickly in places where there are ample food options, that suggests the lack of healthy choices isn't necessarily to blame.

So what is to blame? It's pretty much all about Americans eating more. A lot more.  Americans pretty much everywhere consume more calories than they did a few decades ago. 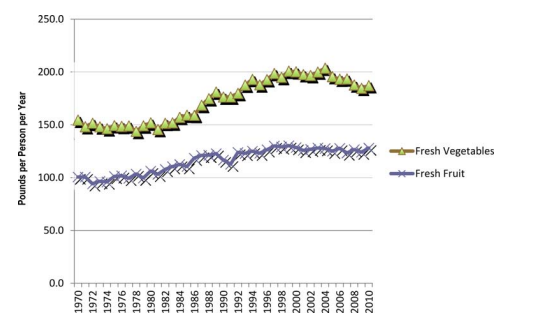 Exercise doesn't actually appear to be the problem: Americans are exercising slightly more than they did in late 1990s. 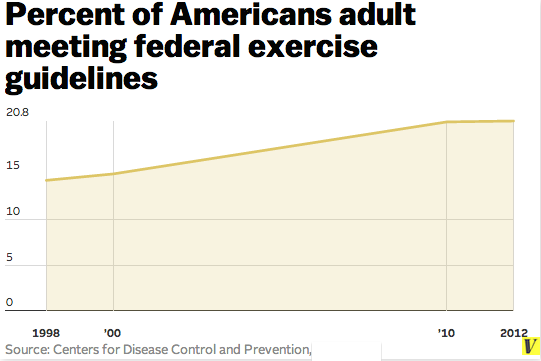 In short: Across the country, in all demographics, Americans are exercising slightly more — and eating a lot more. That imbalance is what's behind an obesity crisis that's affecting pretty much everybody.