Why charging teenagers as adults makes everyone less safe

Share All sharing options for: Why charging teenagers as adults makes everyone less safe

In 2003, when Anthony Pleasant went to prison, he couldn't spell his own middle name. Pleasant was 16, but was tried and sentenced as an adult for second-degree murder and armed robbery. He spent the next ten years in a series of three different federal prisons for adult offenders — all of them far away from his hometown of Washington, DC, and none of them safe for a teenage boy.

the 'classroom' was a locked room where everyone had knives

"Prison is like, something can take off at any given time between two different groups, from two different states — anything can happen," he says now. The "classroom" in prison was a room where he was locked in with "12 different people — and all of them had knives." It wasn't a suitable environment for learning to read, to say the least.

Pleasant managed to get out of prison without getting into further trouble, and is now working with a nonprofit to speak to student groups. But his time in adult prison was an obstacle to his eventual success — and many of his peers aren't as lucky as he was.

A new report from the juvenile justice groups Campaign for Youth Justice and DC Lawyers for Youth suggests that America's treatment of juvenile offenders might be at a turning point. Federal regulations that are about to go into effect in a majority of states require prisons and jails to separate adult and juvenile inmates. And a slow but steady trickle of new state laws limit the circumstances under which juveniles can be incarcerated as adults at all.

The Campaign for Youth Justice argues that these developments protect the safety of juvenile offenders — and make it less likely that they'll commit a violent crime when they get out of prison. And their new report accuses the District of Columbia, which hasn't passed any of these reforms, of falling behind its state peers.

There are two ways the criminal justice system can turn a teenager into an adult, officially speaking. In theory, a juvenile judge can recommend that a teenager get "transferred" to adult criminal court. But the new report finds that when it comes to DC juveniles, no case since 2007 has even been up to a judge to decide. Prosecutors have the option to charge teenagers as adults for certain crimes. And judges get no chance to review these decisions. This has happened 541 times in DC alone from 2007 to 2012. 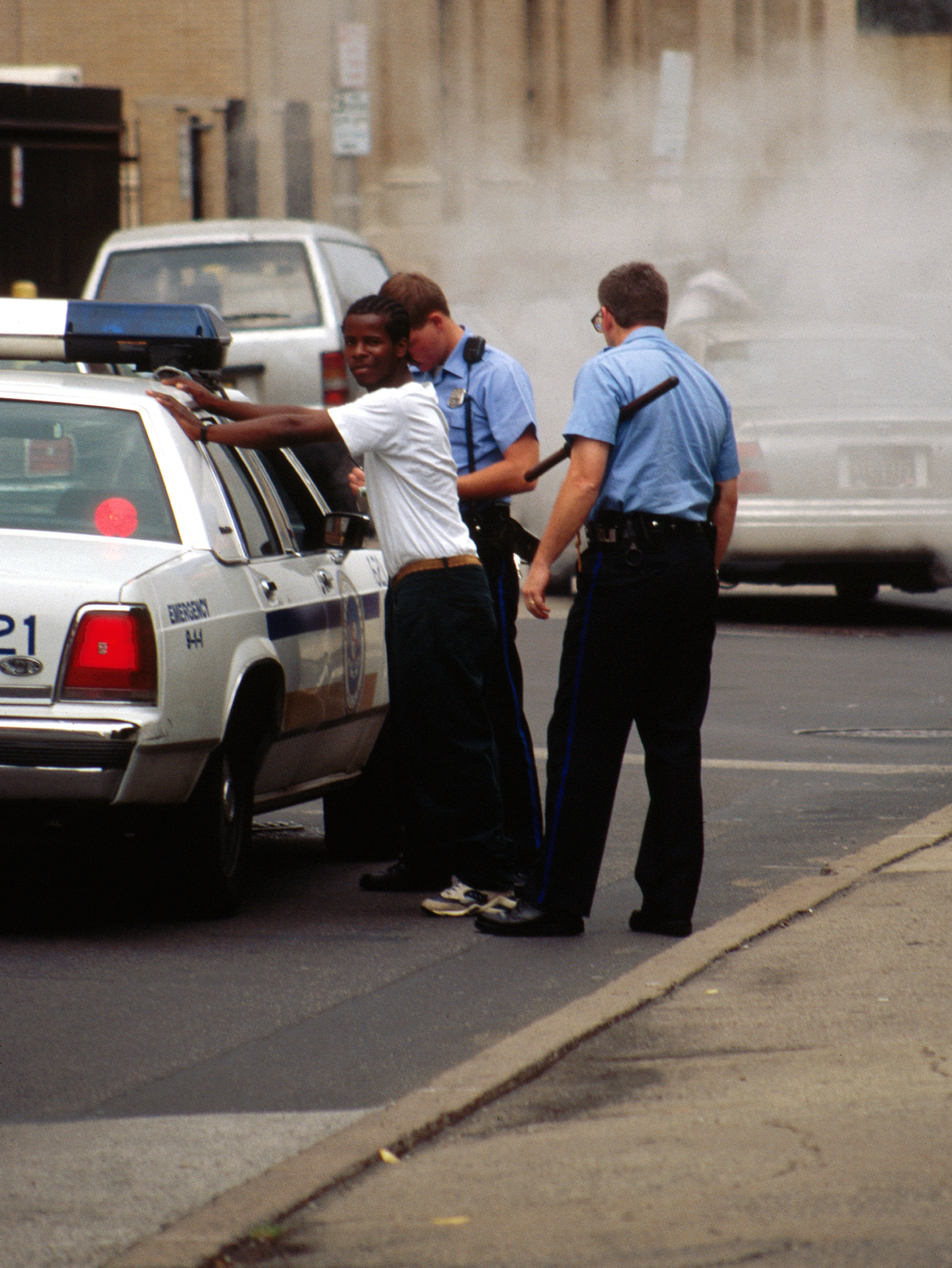 The prosecutor's decision to try a teenager in adult court can't even be reversed if the teenager is acquitted of the crime that put him there. In one example documented in the report, a 17-year-old from Washington, DC, was acquitted of armed robbery, a charge that landed him in adult court, while pleading guilty to minor charges that he could have faced in juvenile court. He got charged to an adult prison term anyway.

Once a teenager is charged or tried as an adult, he becomes an adult in the eyes of the criminal justice system, forever. He's held in adult jail while his trial is pending, and if he's ever arrested again, he'll go straight to court as an adult — again, whether or not he was guilty of the initial adult charge.

The problem with trying and incarcerating teenagers as adults is that it's something of a self-fulfilling prophecy. Juveniles get treated as adults, in theory, because they've committed particularly serious or violent crimes — but even when controlling for the seriousness of the crime, and other factors, kids who have been imprisoned in adult prisons are more likely to commit further acts of violence than those who serve their time in juvenile facilities.

Much of this is because adult prisons don't have the counseling and education resources that juvenile ones do. If juvenile facilities are, at their best, designed to prevent kids from being incarcerated again, adult prisons have mostly given up on that aspiration. Instead, staff at adult prisons just hope for order — even if it comes at the hands of prison gangs and ethnic or regional cliques. "A warden, anybody will tell you, they allow the yard to run itself," Pleasant says.

For teenagers, serving in adult prison is a basic risk to their personal safety. "I was with a lot of people who had life, and I had peanut time compared to them," Pleasant says. "If they had wanted to harm me, they would have done it and smiled afterward, because it meant nothing to them. Because they got life."

Juveniles can also develop unsavory associates that will encourage them to commit more crimes after they get out. Pleasant knew one boy in prison who was sentenced to adult prison at the age of 16, and ended up "put in a situation where he had to harm somebody." He got a new conviction after the incident, for 25 years.

'if they had wanted to hurt me, they would have done it and smiled afterward'

There's an extra wrinkle for teenagers who are tried and convicted in DC — they get sent to federal prison, no matter what their crime, because DC has no state prisons. That's how Pleasant ended up having to navigate inter-regional beefs between prison cliques.

When he was in jail in DC, awaiting trial, Pleasant says, "it's people that you know. You really don't trust them, but you know them. You get a feel for them. But when you go out of state and go to a prison, now you're around other individuals from different states and you're faced with different people. Their codes and backgrounds are totally different. As young as I was, it took a long time for me to understand what was going on behind the walls." This underlines the Campaign for Youth Justice's argument that DC, in particular, needs to join other states in restricting how many teenagers get sent to adult prison. 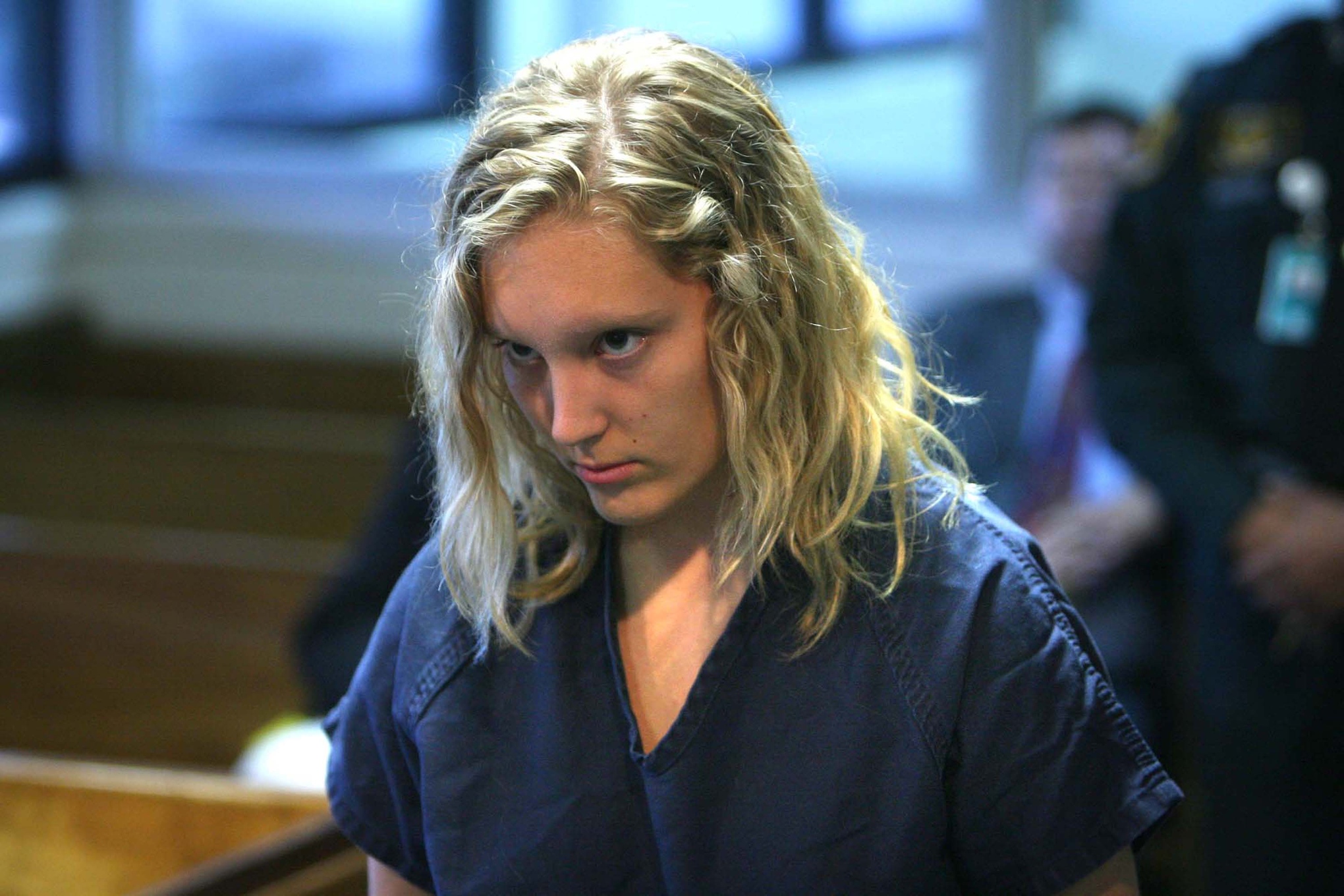 A teenage girl faces trial as an adult in Iowa. George Skene/Orlando Sentinel/Getty

Is criminal justice moving beyond treating teenagers as adults?

The Campaign for Youth Justice report says that jurisdictions that haven't passed new policies that limit teenagers' contact with the adult criminal justice system, like DC, are behind the curve. Twenty-three states have passed some form of reform in the past nine years.

In particular, the report recommends that DC, and states that haven't reformed juvenile justice yet, look at three particular changes:

Several states have at least one of these policies in place. Twenty-four states, for example, allow teenagers to ask for "reverse transfer" hearings from adult to juvenile court.

new regulations might make it easier for states to put teenagers in juvenile jail, by default

But the strongest impetus for change might come not from states, but from the federal government. The new Prison Rape Elimination Act regulations, which a majority of states certified this week, require states to house juvenile inmates separately from adults — even if they're serving adult sentences. This means that it might be easier for states to put all juvenile inmates in juvenile jail, by default, than to put some of them in juvenile jail and others in juvenile sections of adult jails. And more generally, it might encourage states to think of all juvenile inmates as one category of people who need to be served, rather than pretending some of them are already adults and treating them that way.
As the Campaign for Youth Justice report points out, teenagers' decision-making capacities aren't fully formed — and teenage behavior isn't always a good predictor of future behavior. But if the criminal justice system keeps making it easy to pretend some teenagers are really adults, they'll continue encouraging teenagers to behave like adult criminals.