Why we'll never actually destroy the last samples of smallpox

Share All sharing options for: Why we'll never actually destroy the last samples of smallpox

When the world eradicated smallpox in 1980, it was the first — and still only — time that people have been able to completely wipe out a human disease.

Scientists have been debating whether to destroy the last samples

Ever since then, scientists and health experts have been debating whether to destroy the last remaining lab samples of the smallpox virus — and eliminate the (small) risk of the virus ever escaping. The international community will be deciding on this issue later this week at the annual World Health Assembly of the World Health Organization.

The case for destroying smallpox is simple enough: what if the virus escapes out of the lab (or is smuggled out)? That could possibly be a disaster — especially since half of the world has never been vaccinated for smallpox. Smallpox kills about a third of the people it infects. It's serious business.

But there are also lots of reasons to hold off on destroying the virus: the most commonly cited is that smallpox is needed to finish research and development on vaccines and drugs that could fight a future outbreak. The US has said that it wants to wait. Russia has, too.

Yet there's a third possibility here — smallpox might never get destroyed. For better or for worse, this seems the most likely scenario — and here are five reasons why:

The current battle over smallpox is often as much a political one as a health one. That's because the two labs that have smallpox are in the United States and Russia.

RUSSIA EITHER DESTROYED 200 SAMPLES OR TOOK THEM OFF THE BOOKS

The World Health Organization condensed the stocks into these labs not soon after smallpox was eradicated in 1980, creating a balanced Cold War stare-down between the two nations. And even though it's not the Cold War anymore, there's still plenty of tension. Russia, after all, just declared that it's going to kick the United States out of the International Space Station in 2020.

These two countries have been the most vocal about keeping the stocks, citing reasons related to public health. But there are also reasons that they don't say out loud these days. In order to destroy the samples, the US and Russia have to trust each others' word. Or simply just not care if the other nation lies about destroying them and then moves its smallpox research underground.

"I wouldn't trust the Russians as far as I could throw 'em" Peter Jarhling told me. He's a National Institutes of Health viruses expert who has advised the WHO on smallpox for more than a decade. And he cites as evidence the time that Russia says it destroyed 200 samples of smallpox without letting the WHO verify it. That means that either Russia actually destroyed them, or it just effectively took them off the books.

2) There could still be unofficial stocks of smallpox out there

After eradication, the WHO declared that the stocks in labs around the world should be consolidated into these two labs in the US and Russia (which at the time was the USSR). But no independent body ever verified that the other laboratories destroyed their samples.

Some laboratories have also found (and then killed) forgotten samples, suggesting that there could be other neglected samples that no one knows about yet.

3) Smallpox could survive in dead bodies 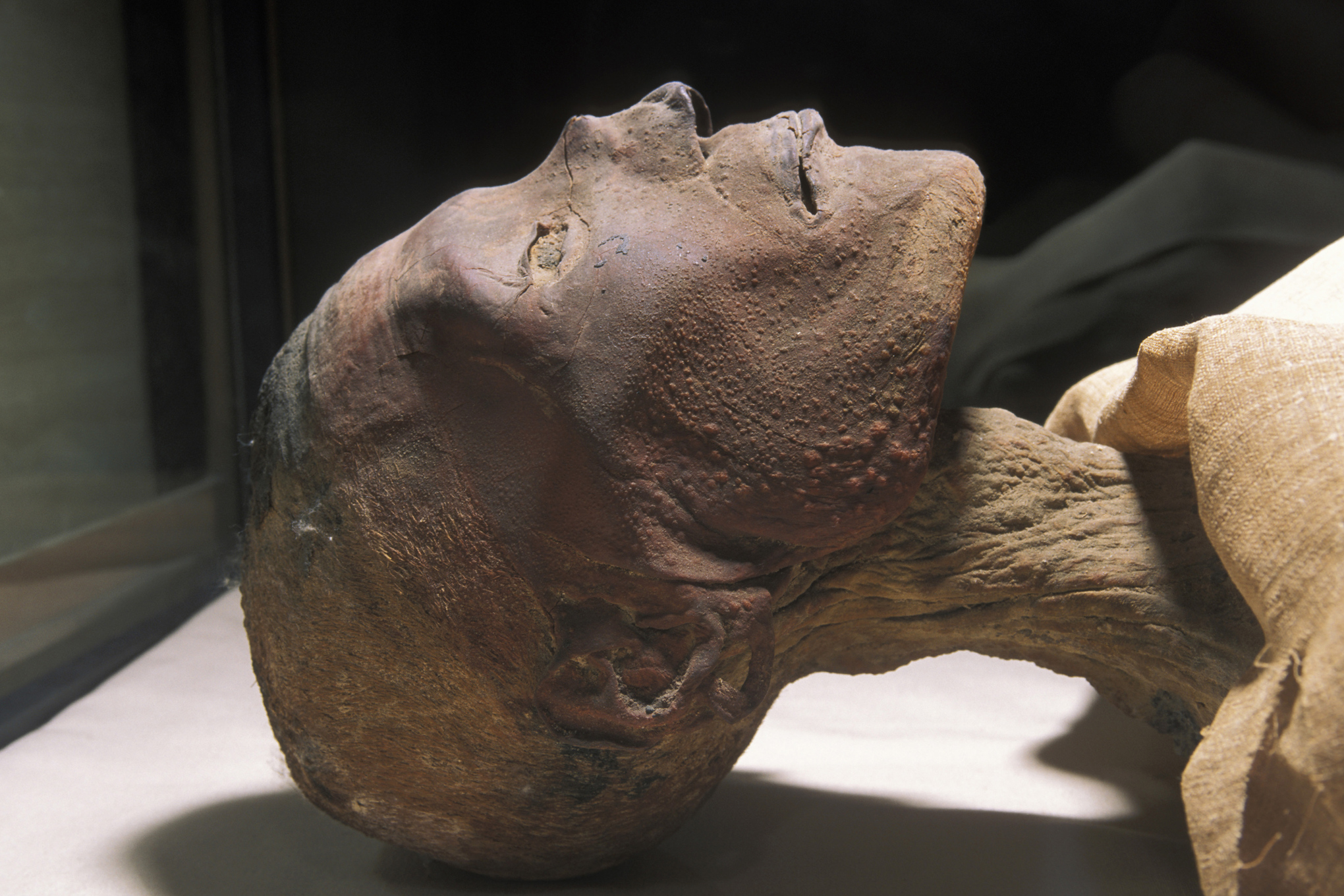 Ramses V, a pharaoh who had smallpox. Getty Images

Huge disclaimer: the risk for this one seems to be very low, according to experts, but it is too intriguing to not share. Smallpox, as far as viruses go, survives fairly well in dead tissue. And there are a lot of dead people from smallpox — at least hundreds of millions of them.

People have already found dead smallpox virus particles and DNA in bodies as old as ancient Egyptian pharaoh Ramses V, although they haven't found any live viruses. No one knows exactly how long smallpox can survive under these kinds of conditions.

One could consider the lack of live viruses unearthed so far as evidence that this scenario is unlikely. But in recent years, as this Nature piece reported, when an old smallpox scab turned up or workers uncovered a 19th century mummy of a smallpox victim, the CDC comes in to investigate using security precautions, just in case.

4) Scientific curiosity may prevent the destruction of smallpox stocks

The WHO is currently very strict about what smallpox research can be done. It has to pre-approve everything. And right now, it will only approve research for direct public health benefits, not for scientific curiosity's sake.

But scientific curiosity does exist, and it could be an unspoken factor that has led people to continue to postpone smallpox's kill date for over 30 years.

Even if people sequenced the genomes of every single sample, that might not be the sum total of everything that can be learned from them. The more we study organisms, the more complex they turn out to be.

For example, people thought that all heritable information in humans was contained in the genome in DNA code. But that's not true. Now, it's become clear that there's a secondary level of information that is also passed down from generation to generation and influences how DNA is used: epigenetics.

Likewise, scientists don't even know some of what they might miss if these particular smallpox samples are destroyed.

5) We could always recreate smallpox from genetic information

One could argue that in the information and genetics age, nothing really dies forever. It just dies until the technology to resurrect it appears. And for smallpox, that time is now.

The technology is here. And so is the necessary information: the complete DNA sequences of roughly 50 smallpox samples are available to the general public. This means that people could make smallpox in the lab. "Someone could if they wished recreate live virus from scratch just from that public information," Grant McFadden told me. He's a virologist at the University of Florida who doesn't work with live smallpox but has advised the WHO on smallpox research.

A sophisticated laboratory could resurrect smallpox right now. And at some point in the near future, anyone could. And if that is the case, then what would destroying the samples in these two labs in the US and Russia really accomplish? We might be able to destroy smallpox this year, but we won't be able to destroy it forever.

Should we destroy the last samples of smallpox?