Share All sharing options for: Yellowstone has a 50 square mile "Zone of Death" where you can get away with murder

Let's imagine Daniel and Henry are vacationing in Yellowstone National Park, and set up camp in the 50 square miles of the park that are in Idaho (unlike most of the park, which is in Wyoming). They get into a fight and Daniel winds up killing Henry. But rather than bury the body and try to cover up the crime, Daniel freely admits to it and surrenders himself to the authorities.

At his trial, he invokes his right, under the Sixth Amendment, to a jury composed of people from the state where the murder was committed (Idaho) and from the federal district where it was committed. But here's the thing — the District of Wyoming has purview over all of Yellowstone, even the parts in Montana or Idaho. So Daniel has the right to a jury composed entirely of people living in both Idaho and the District of Wyoming — that is, people living in the Idaho part of Yellowstone. No one lives in the Idaho part of Yellowstone. A jury cannot be formed, and Daniel walks free.

That scenario is fiction, but all the legal maneuvers Daniel employs are completely legitimate, and someone in a similar situation could quite possibly get off scot free. That got a lot of attention when it was first pointed out by Michigan State law professor Brian Kalt in his 2005 Georgetown Law Journal article, "The Perfect Crime." After all, it implied that there was a 50 square mile "Zone of Death" of the United States where you can commit crimes with impunity, like in The Purge or something. The scenario even got featured in a best-selling mystery novel, Free Fire by CJ Box, who consulted Kalt when writing the book.

So Kalt set about trying to get Congress to do just that. Nine years later, the Idaho loophole persists. And it wasn't because Congress just didn't hear about it; several members became aware of the loophole. Here's the story of how Congress managed to leave a 50 square mile Zone of Death standing despite it being known for nearly a decade. 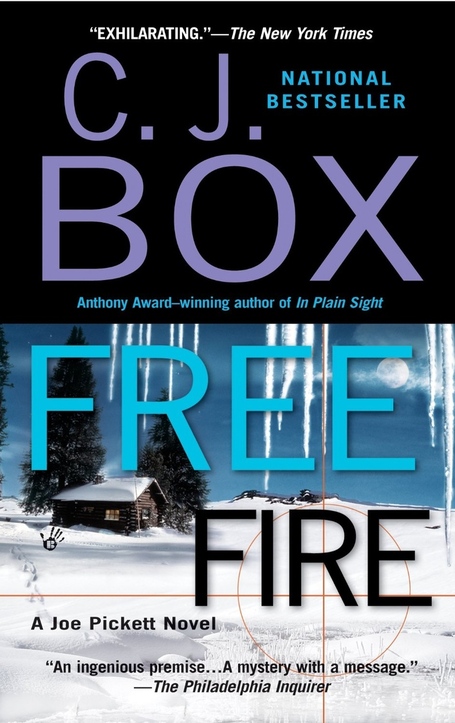 According to Kalt's 2008 follow-up article "Tabloid Constitutionalism: How a Bill Doesn't Become Law," he alerted the Department of Justice, the US Attorney for Wyoming, and the House and Senate Judiciary Committees of the loophole a year before publishing the piece, in hopes that it could be closed before publication, on the off chance the article might drive people to try to commit crimes in Yellowstone. He got a reply from the US Attorney noting it wasn't in his power to change the law, and another from an intern at the House Judiciary Committee, but nothing came of it.

The article's release and subsequent press blitz didn't accomplish anything either. Then-Senator Larry Craig (R-Idaho) promised to look into the issue but did not do anything beyond that. Rep. Mike Simpson (R-Idaho), who's still in office, stated through a spokesperson that he didn't think the Zone of Death was a problem, and argued we could "count on 'checks and balances' to remedy the issue, should a murder be committed," a response which betrays a marked lack of understand of what the term "checks and balances" actually refers to.

In spring 2007, Box's novel was released. This is when Kalt finally managed to get some traction. Senator Mike Enzi (R-Wyoming), a fan of Box's work, asked the Department of Justice to look into the issue. They did, and concluded that no fix was needed. The legal argument offered was that trying someone in the wrong state or district amounts to a "harmless error"; both Kalt and Enzi thought this was clearly wrong, as the "error" in question is a clear violation of one's Sixth Amendment right to a trial in the state and district where the crime allegedly occurred, and so could hardly be judged "harmless."

But another point DOJ made was more consequential. "Splitting Yellowstone into the district courts for Wyoming, Idaho, and Montana would also split it between the Ninth and Tenth Circuits," Kalt writes. "Senator Enzi and others were wary of this because it would create a new and unwelcome burden if environmentalists could use this foothold to challenge the Park Service’s management decisions in the liberal and quirky Ninth Circuit." Whatever you think about the idea that keeping environmental cases out of a liberal court is worth leaving the Zone of Death in place, it just isn't true that fixing the loophole would necessarily allow venue-shopping for appeals about Yellowstone. As Kalt writes, "There is nothing to preclude Congress from designating the Tenth Circuit as the proper venue for all administrative appeals concerning Yellowstone National Park."

After the follow-up article came out, Senator Mike Lee (R-Utah) was elected, which, for personal reasons, made Kalt optimistic about a fix again. "I knew Mike when we were associates together at the same law firm in DC," Kalt says. "Not only did he get elected to the Senate on a platform of taking the Constitution seriously, he got assigned to the very subcommittee that would be in charge of fixing this. But he has been otherwise occupied."

That's the basic story so far: officials are too busy working on more important issues to eliminate the Zone of Death. "They have lots of more important things to worry about," Kalt says. "Of course, they aren’t fixing those things either, but I need to be realistic here."

After Box's novel was released, as Kalt was working with Enzi on a potential fix, the loophole actually became a live issue for the first time. Michael Belderrain, who had illegally shot an elk in Montana in December 2005, cited Kalt's article in his own defense in July 2007. Belderrain was standing in Yellowstone when he fired the shot, and dragged the elk's head to a truck parked in Yellowstone, so he was indicted in the US District Court for the District of Wyoming. He objected that he had a right to be tried by jurors from the Montana portion of the park. That's actually somewhat possible, as the Montana part of Yellowstone is inhabited, but there are few enough residents that a trial would be difficult.

Rather than try to call such a jury or present an argument for why the Sixth Amendment did not entitle Belderrain to such a trial, the court dismissed the argument out of hand, precisely because it would imply that Yellowstone contains a Zone of Death. There were three problems with this. First, as Kalt notes, Congress implies there's a Zone of Death, not the attorney making the point in court. Second, the ruling was about Montana, in which there wouldn't be a Zone of Death even if the court accepted Belderrain's reasoning due to people living in the Montana portion of Yellowstone. Third, the court flagrantly ignored Article III of the Constitution's separate right to a trial in the state of the crime by not moving the trial to Montana.

So surely Belderrain would appeal, right, and get the courts to take a stand on the issue once and for all? Nope. He took a plea deal which included a provision barring him from appealing this precise issue to the Tenth Circuit Court of Appeals. He could appeal other issues, but not this one. So the only precedent we have on the Zone of Death is a district court ruling which appears badly flawed.

the loophole looms, waiting for a murderer to exploit it

"That bothers me more than the inaction from Congress, because they had a golden opportunity to let this be resolved," Kalt says. "Maybe the Tenth Circuit would have said I was wrong. That would have ended things. Maybe they would have said I was right. That would have spurred Congress to fix this, something that would have only taken them a few simple lines of legislation to do. Either way, it would have been fixed in a relatively low-stakes case. Instead, the loophole looms, waiting for a murderer to exploit it. I feel like I’ve done what I can to prevent this; the blood will be on the government’s hands."

Can we fix it now?

I reached out to Idaho's current Congressional delegation to see how they felt about there being a Zone of Death in their state, and what they'd be willing to do to fix it. Lindsay Nothern, communications director for Senator Michael Crapo (R-Idaho), says the delegation has expressed an interest in resolving the issue but hasn't received cooperation from the relevant executive branch agencies. "Congressionals have asked legal and agency personnel for advice on legislative language but I am told none has been forthcoming and the issue stands unresolved," Nothern writes in an email. For his part, Kalt says the following draft language should work, leaving aside complications about the Ninth Circuit:

Section 131 of title 28, United States Code, is amended by striking out "and those portions of Yellowstone National Park situated in Montana and Idaho constitute" and inserting in lieu thereof "constitutes".

Section 92 of title 28, United States Code, is amended by striking out ", exclusive of Yellowstone National Park,".

Section 106 of title 28, United States Code, is amended by striking out ", exclusive of Yellowstone National Park,".

Suzanne Wrasse, press secretary for Senator Jim Risch (R-Idaho), said the Senator was not previously aware of the loophole, but was not overly concerned as "that area is incredibly small and has an extremely low crime rate" and the existence of the Zone "shouldn’t stop state prosecution – they have dual jurisdiction in that area." Kalt disputes the latter point. "Senator Risch is badly mistaken," he says. "The state cannot prosecute a crime committed entirely in the park." When the states containing Yellowstone were admitted to the Union, they ceded jurisdiction over the park. To quote the US code: "The Yellowstone National Park, as its boundaries now are defined, or as they may be hereafter defined or extended, shall be under the sole and exclusive jurisdiction of the United States."

As of this post's publication, neither Rep. Simpson nor Rep. Raúl Labrador (R-Idaho) had replied with a comment.

What we found when we went looking for another Earth

Bravo fired one Housewife over racism. What about the others?