Dear Class of 2014: here's what you can do about the gender wage gap

Share All sharing options for: Dear Class of 2014: here's what you can do about the gender wage gap

Bad news, 2014 college grads: you're heading out into a big world and a particularly ugly job market. And that job market pays full-time working women 77 cents for each dollar that men earn each year.

The gender wage gap is a big, systemic, social issue, no one person is going to change on his or her own. And the degrees you all have earned have likely already set you up for some sort of a gender wage differential. But you can at least do a few small things on a personal level to shrink the gap.

Here are 9 steps (a few of which apply to young men as well) that the women of the class of 2014 can use to fight the wage gap.

If that's generalizable to other workplaces, it means women need to aim higher: apply for jobs you think you probably won't get. At best, you get the job. At worst, you don't.

Unpaid internships may be more prevalent for young women because, as that study noted, those gigs are more often in fields that are woman-dominated, like education and communications. So you very well may just have to take these internships to get your foot in the door, but if possible, see if you can hold out for some sort of a job that will actually give you some money.

Ditching an unpaid gig may not exactly close the official wage gap — the Labor Department does not count unpaid interns — but if young women are more often offering their services for no money than young men are, it could mean the wage gap for young workers is even bigger than we think.

3. Ask for more money, but do it just right

It's widely accepted that women negotiate less often than men, and that women tend to dislike negotiating far more than men do. One recent study found that 57 percent of male MBA graduates at Carnegie Mellon University negotiated their salary. For women it was just 7 percent.

One strategy for women can be to get over yourself and act like you're negotiating for someone else. In one study from the University of Texas, women who negotiated pay for themselves asked for $7,000 less than men. But women asked to negotiate for someone else asked for just as much as men.

But (maddeningly) it's not all that simple. Negotiation expert Linda Babcock has found women do best when they act "feminine" when they ask for more pay. One strategy that has been proven to work in an experiment is to use someone else, like a current supervisor, as an excuse to ask for higher pay — since you're just entering the workforce, ask a past employer or a mentor or someone in the industry what they think you might be worth. Then bring that to the bargaining table: "___ said she thinks I ought to be paid at the upper end of this salary range."

It sucks, yeah, but it just might be what you have to do. 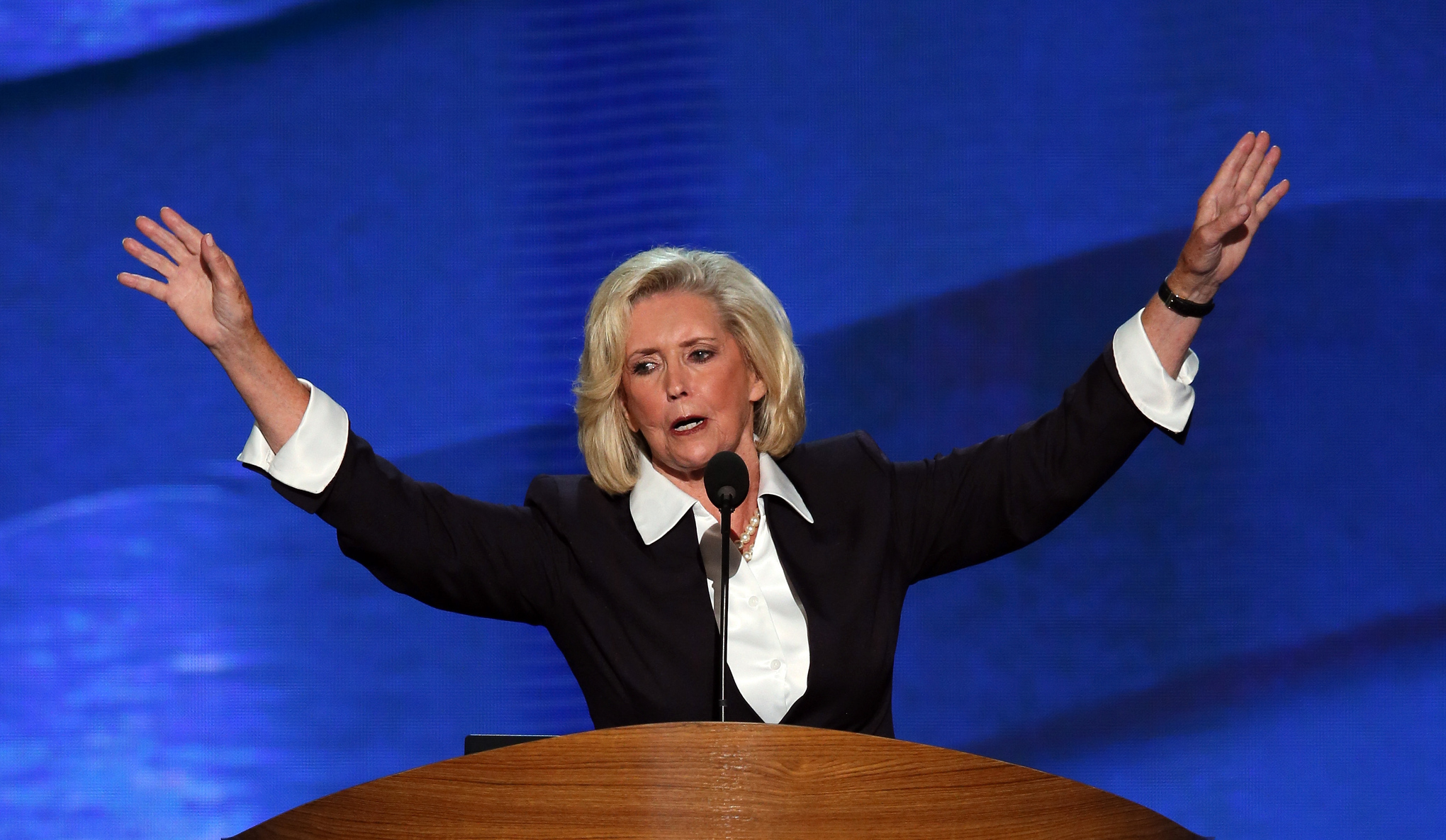 Pay secrecy was a problem for Lilly Ledbetter. Do what you can and dig up some data on what you should expect to be paid. (Getty Images)

"Get to know the pay scale in your industry," says Kate Gallagher Robins, senior policy analyst at the National Women's Law Center. "If you know the field you're going into, you're obviously less likely to be underpaid."

That's how you know how much money to ask for in those negotiations. Check out the Labor Department's website, as well as sites like Glassdoor and Payscale to get some ballpark estimates.

"employees who are indecisive, who spend a lot of time ruminating, worrying about what people think ... that stuff annoys bosses."

5. Do your job imperfectly

This is counterintuitive advice, perhaps, especially if you've spent the last four years perfecting every footnote and decimal point in every paper. But when it comes to the workplace, it can pay to back off the perfectionism a little bit, says Claire Shipman, co-author of The Confidence Code (see her conversation with Ezra Klein), a recent book that examines women's lack of confidence at work.

"Employees who are indecisive, who spend a lot of time ruminating, worrying about what people think, not putting forth presentations until they're perfect — that stuff annoys bosses," says Shipman. And those people are most likely to be women, says Shipman, since women far more often than men are socialized toward striving for perfection, down to the last period.

6. Go piss someone off

It's easy to say women aren't confident enough — they don't ask for raises, they don't apply for the top jobs — and it's moderately easy to just fake that kind of confidence until you make it. But it would just be nice if you could go in and ask for that raise without having to grit your teeth and take a deep breath.

But how do you overcome years of socialization? Start small.

"You have to start with, 'I'm going to do something that might not make X or Y person happy,'" says Shipman. "What you see in neuroscience is the way we rewire our brains is with habit."

So next time you disagree with someone, try being moderately unpleasant, instead of backing off. Which really is sort of a liberating idea.

7. Call your member of Congress

This is something men and women alike can do. A couple of proposed laws out there could help boost women's pay compared to men's, and young grads can call their elected officials to push for different policies.

Women, for example, make up nearly two-thirds of people working at or below the minimum wage, so a higher wage floor would lift up the lowest-paid woman workers. Likewise, the Paycheck Fairness Act would outlaw retaliation against employees who openly discuss or ask about pay, helping to end pay secrecy, which many equal pay advocates see as a barrier to a smaller wage gap.

This year's graduates may not entirely agree with both of these — you can want a smaller wage gap even while opposing a higher minimum wage, after all — and there's so much of a partisan divide on these that passage might be a long time in coming. But this is how democracy works, so whatever you think would do the job, grab a phone and start complaining. Maybe even while being moderately unpleasant. 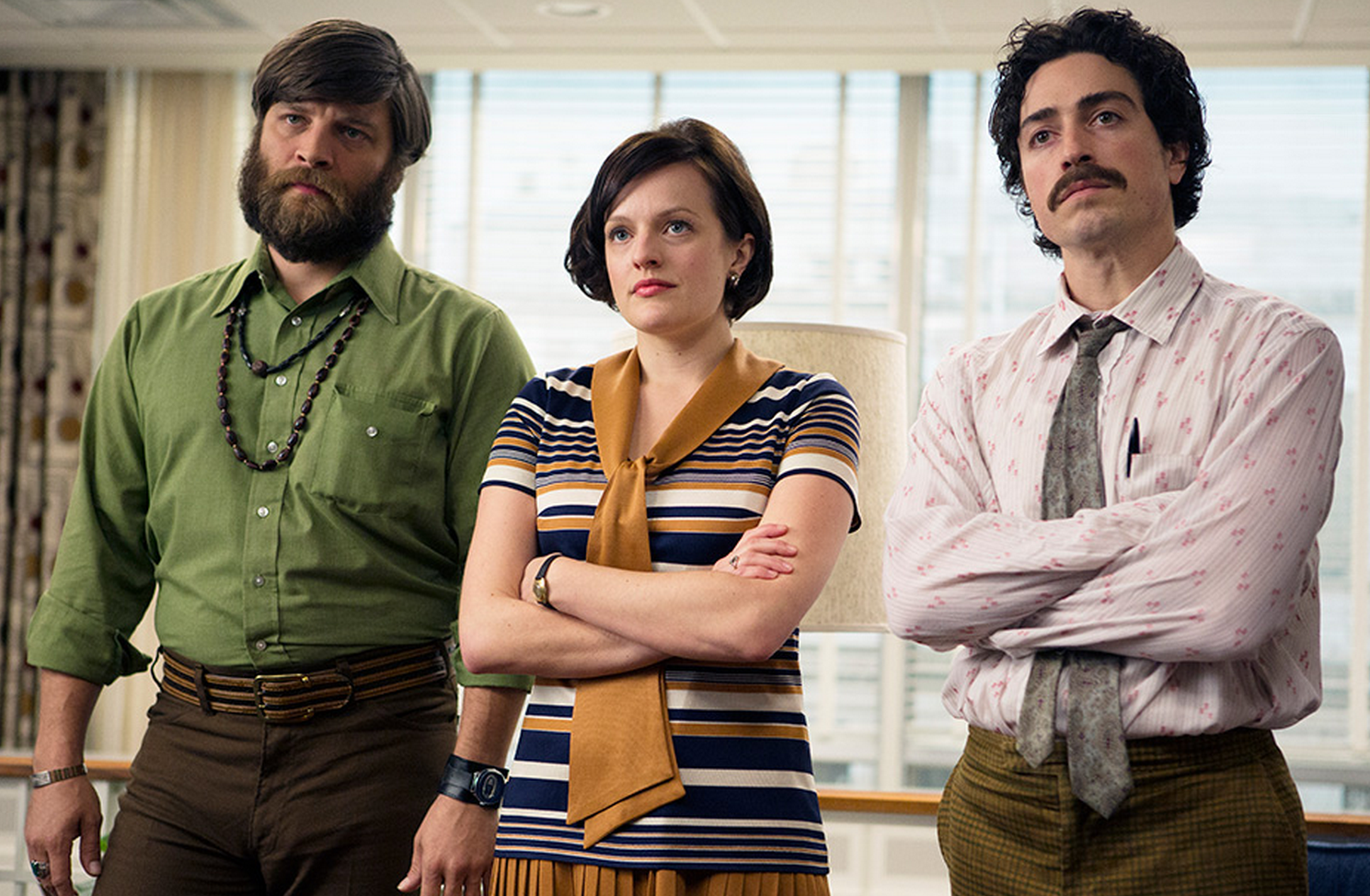 The pay gap is smaller than it was in the days of Peggy Olson...I mean, if she were real. (AMCtv.com)

This one is more of a lesson for way down the line, once you have a family and kids (if you choose to do so). A 2013 Cornell University study found that men are more likely to "overwork," putting in long hours at the office, than women, and that one big reason for that is likely that women are more likely to be in charge of doing housework, meaning they can't put in as long of hours at work as men do.

Data from the Labor Department confirms that women work more at home. And the Cornell researchers say this gives women less of a choice to overwork if they want to. It doesn't mean you have to slog out 13-hour days at your desk; still, it might simply mean making sure you're not stuck with all of the responsibilities around the house.

When you — ladies and guys alike — have the corner office or biggest cubicle or whatever, you get to run things. Encourage young women to apply for jobs you think they're qualified for (even if they don't think so). Encourage men and women alike to take time off for their families. And really, every so often, look at your payrolls to see how you're doing on the whole fairness thing.