What Microsoft doesn't get about the tablet revolution

Share All sharing options for: What Microsoft doesn't get about the tablet revolution

At a Tuesday event in New York City, Microsoft introduced the latest version of its Surface tablet. The Surface Pro 3 has a larger screen, more computing power, and an updated cover that provides more stability when the tablet is used with a keyboard.

Microsoft's Panos Panay, the creator of the Surface, laid out a clear vision for the future of tablet computing. "You've been told to buy a tablet, but you know you need a laptop," Panay said. "Today we're going to focus on taking that conflict away."

While the Surface Pro 3 is new, this vision of the tablet market isn't. Microsoft desperately wants tablets to be another kind of PC, and it has been trying to make that vision a reality since it started pushing the concept of tablet computing 13 years ago.

But Microsoft's vision is wrong. Tablets aren't PCs. Indeed, iPads and Android-based tablets have succeeded precisely because they ditched the complexity of traditional PCs. Microsoft's determination to make "tablet PCs" is a sign that the company doesn't understand the economic forces behind the mobile computing revolution. 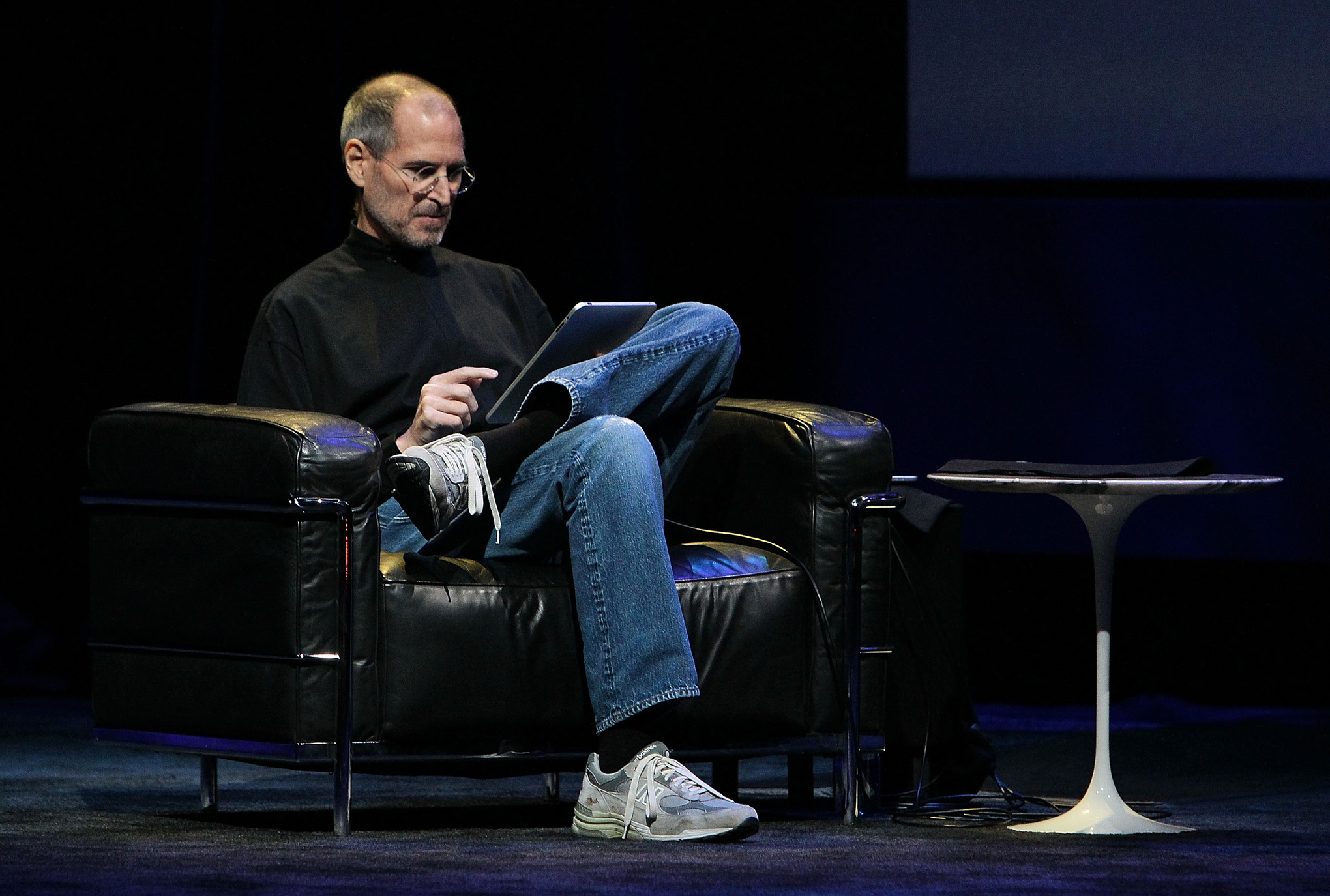 Steve Jobs demonstrating the capabilities of the new iPad in 2010.  (Justin Sullivan/Getty Images)

Smartphones and tablets are a good example of what business guru Clay Christensen called a disruptive innovation: a technology that's simpler and cheaper than the technology it replaces. The PC disrupted older mainframe computers. Digital cameras (and then cell phone cameras) disrupted film photography. And as I wrote about on Monday, internet-based news is disrupting the newspaper business.

The key thing to understand about disruptive innovations is that their simplicity initially makes them worse at serving the traditional customers of the product they're disrupting. Buzzfeed's early journalism wasn't nearly as good as the reporting of the New York Times. Early PCs were toys compared to the much bigger computers that were already on the market. But the simplicity and low cost of these products allows for rapid innovation. They gradually improve until they're good enough to undercut the market for the older technology.

The mobile computing revolution is a textbook example of this phenomenon. When the iPad arrived in 2010 it looked to a lot of experienced technologists (including me!) like a step backwards. It didn't have a keyboard, wasn't good for word processing, and didn't even have a USB port. Many people were also annoyed that the iPad forced people to buy apps from Apple's proprietary app store. People like me didn't understand why anyone would want an iPad when they could get a full-fledged laptop for a little bit more.

But the market proved us wrong. The iPad was a huge hit. And those iPad limitations that looked like disadvantages at the outset have turned out to be strengths. Apple ditched the window-icon-menu desktop interface Apple itself had pioneered a quarter-century earlier in favor of a user interface custom-built for a touchscreen. With no keyboard and mouse, developers were forced to create apps that used the new iPhone-derived visual language.

The iPad aped the iPhone in other important ways too. Since the 1980s, PCs have been based on a hierarchical, folder-based file system. The iPhone abandoned that metaphor, which many users found too confusing anyway, in favor of having each app manage its own data. Requiring users to purchase apps through Apple's app store greatly simplified the process of obtaining software and keeping it updated. These changes, in turn, helped to reduce the amount of storage required for the iPad's software, allowing them to use cheap, lower-power flash storage chips instead of bulkier hard drives.

In short, the iPad was a hit because it didn't have all the features of a full-blown MacBook. That allowed the iPad to be smaller, lighter, and cheaper than Apple's PCs. But more importantly, it actually created a better user experience for people who are not power users. If someone just wants to watch movies or check their email, the keyboard, windows, file system, and other features of a traditional PC is overkill.

Of course, the iPad was a poor choice if you wanted to do serious word-processing, number-crunching, or image editing. For those tasks, a traditional PC was clearly superior. But most people don't spend very much time doing those things, especially at home. They spend a lot more time watching videos, reading books, checking email, and catching up with friends on Facebook. And for those casual computing tasks, a tablet is a better choice.

Google took the same approach with Android. Android tablets have no keyboard, no windows, and no user-accessible file system. That made Android tablets a lousy choice for the office, but they're cheap, simple, and work fine for casual web browsing and watching videos on the go. 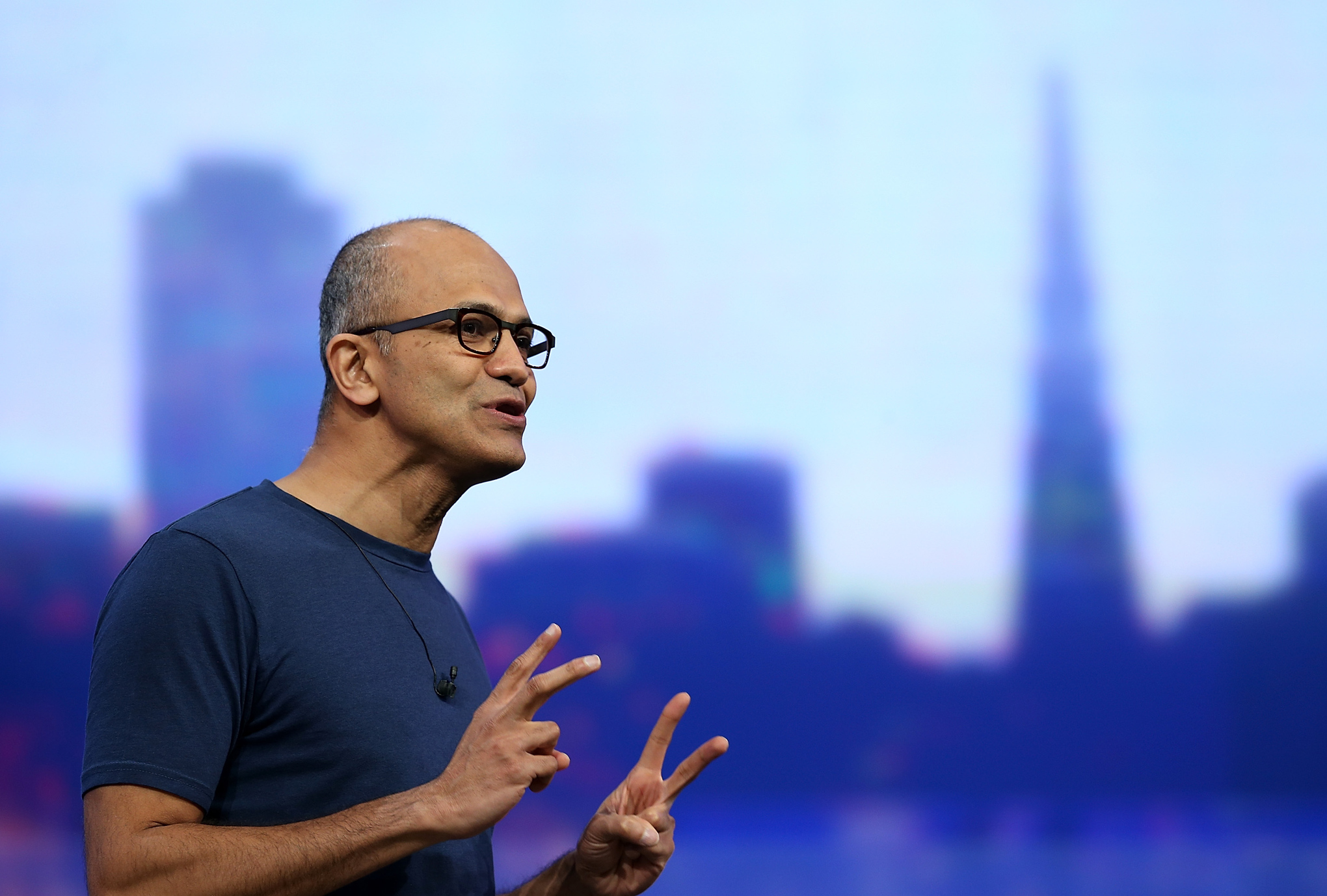 What Microsoft doesn't get

Microsoft absolutely hates this vision of tablet computing. Microsoft has always been first and foremost a PC company, and approaches every problem with a PC mindset. The company has made billions of dollars selling PC applications such as Microsoft Office, and it desperately wants that bonanza to continue in the mobile computing era. So the firm is highly motivated to create a tablet that doubles as a PC.

But this makes as much sense as selling a digital camera that also takes film photographs. Anyone who needs the power of a PC can and should just buy a PC. The point of buying a tablet is that it's cheaper, smaller, lighter, simpler, and more power-efficient than a traditional PC. Those advantages are only possible because tablets don't try to be all things to all people.

A tablet that does everything a PC can do is just a laptop. And we already know how to build a great laptop — Apple and other PC makers have been refining the design of laptops for a generation. A great laptop looks like a Macbook Air.

Microsoft's Surface tablets have a funny shape and muddled user interface that make them a poor alternative to a full-fledged PC. And they're too complex and expensive to be a serious alternative to an iPad or Android tablet. In its attempt to create a product that does everything well, it's wound up with a product that's not that good at anything. And its tablets are going to continue failing as long as Microsoft is convinced that it needs to create a tablet that's also a PC.