The next state to legalize marijuana could be… Alaska?

Share All sharing options for: The next state to legalize marijuana could be… Alaska?

This November, voters will have the opportunity to make Alaska the first red state to legalize marijuana.

the proposal seems to have a chance at passing

That the home state of Sarah Palin could be the next to allow legal pot may seem surprising to outsiders, but it's actually not that unusual for the state. Alaska was one of the first states to decriminalize marijuana in the 1970s. And it's one of the few red states that allows medical marijuana within its borders.

So far, the proposal seems to have at least a chance at passing. One poll commissioned by the Alaska House Majority Caucus found the initiative would have majority support 52-44, with 4 percent of voters undecided. Another poll from Public Policy Polling (PPP) found a closer, but still favorable, fight: 48 percent support legalization, 45 percent do not, and 7 percent are undecided.

Alaska has a really weird history with marijuana

In 1975, Alaska became one of the first states to decriminalize marijuana after the state's Supreme Court legalized the possession of marijuana within a person's home. The ruling was a direct result of a 1972 constitutional amendment that created stringent protections for privacy in the state.

As University of Alaska Anchorage law professor Jason Brandeis explained in his extensive review of Alaska's marijuana laws, the court found that marijuana was not dangerous enough to violate an Alaskan's right to privacy. The court, however, allowed the state to retain the ability to regulate public use, sales, distribution to minors, and driving while intoxicated. 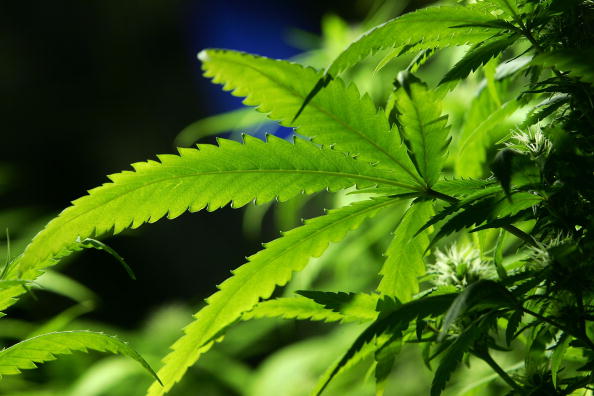 Since then, Alaska has spent nearly four decades wrestling with marijuana. Voters and legislators over the years tried to recriminalize the drug. Lower courts rejected such efforts, but the state's highest court refused to rule on the issue — leaving the recriminalization efforts in a sort of legal limbo, where they're perceived as unconstitutional but remain on the books.

Taylor Bickford, adviser and spokesperson for the legalization campaign, says Alaska is unlike other red states. He points out that the majority of the state, in a fairly independent twist for US voters, registers as either nonpartisan or undeclared.

"This is a red state, but with a pretty heavy libertarian streak"

"The spirit of individualism and personal freedom and responsibility is the spirit that this state was built on," Bickford says. "This is a red state, but with a pretty heavy libertarian streak."

To Bickford's point: a majority of Alaskans — 52 percent — support same-sex marriage, according to the same PPP poll that found only a plurality support the marijuana legalization initiative.

Bickford also argues prohibition isn't keeping marijuana out of reach for Alaskans, so legalizing it would help eliminate a large criminal element in the state and instead put production and sales in legal businesses' hands. Indeed, federal surveys have found that Alaska in particular already reports some of the highest marijuana use rates in the nation, along with states like Colorado, Washington, and Oregon.

Marijuana use in the past month, ages 12 and older

But opponents are worried about problems that arose in Colorado

The opposition group, Big Marijuana Big Mistake, argues that legalization could lead to issues like those seen in Colorado, the first state to fully legalize marijuana.

In Colorado, there has been a reported rise in people blowing themselves up while making marijuana-based hash oil. Unexpected issues with edible products also forced Colorado legislators to push stricter regulations that make edibles less risky and less marketable to children. 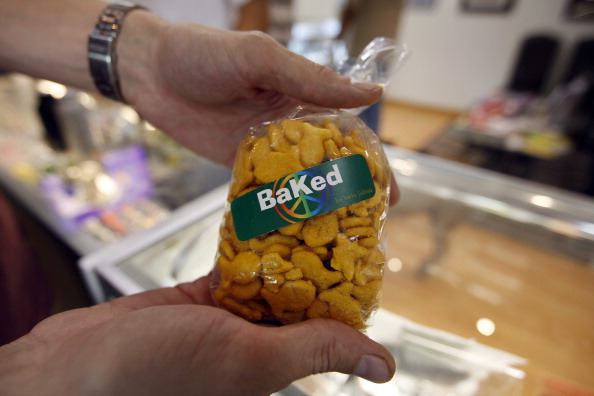 Kristina Woolston, spokesperson for Big Marijuana Big Mistake, says hash oil is of particular concern because it contains such a high concentration of THC, the psychoactive substance in marijuana. Users vaporize these concentrated oils to breathe them in, much like an e-cigarette, in a practice that's generally seen as physically healthier than smoking but produces a much bigger high.

"They call it dabbing because just a little dab will do you in," Woolston explains. "Because of the concentration and because of the mechanism in which it's activated, it is very much like the crack cocaine of marijuana."

Bickford, of the legalization campaign, calls the comparison to crack ridiculous. The opposition "knows people aren't as familiar with those things, so it's easier to scare them," he says. Still, he acknowledges concentrates and edibles are "something that users have to be a little more careful with — no different than the distinction between beer and hard liquor."

If problems do arise, however, the initiative allows localities to prevent the sale of marijuana. Regulators can also apply different rules to specific products, such as edibles and hash oils.

"it is very much like the crack cocaine of marijuana"

Whether truly stringent regulations or bans will be necessary remains to be seen. These products, after all, are still based on marijuana, a drug that is much safer than alcohol, tobacco, and crack. Edible and vaporized products might get someone really high — sometimes more high than a user would like — but they can't directly inflict death like other drugs. Even the health effects of marijuana among particularly vulnerable adolescents are disputed, although some researchers and experts suggest pot could hinder cognitive development.

But no expert or even layman, Bickford notes, would credibly compare marijuana to crack.

"I think normal people who are taking an objective look at the issue do not believe that any form of marijuana can be compared to crack cocaine," he says. "We feel [that kind of rhetoric] exposes the opposition, but we'll see."