Rand Paul threw a filibuster yesterday. Nobody cared. And that actually tells you a lot about the future of foreign policy in the Republican Party.

Paul's defeat has a lot to do with Benghazi

Last year, his filibuster protesting the use of drones to kill Americans drew massive amounts of media coverage, wide support from fellow Republicans, and big ups from the public. This year, he was filibustering David Barron: the guy who wrote the legal justification to kill Anwar al-Awlaki, the most high profile targeted American. Obama appointed Barron to the US Court of Appeals, the second highest court in the land. Yet Paul's filibuster attracted almost no attention, either from the media or the GOP.

Paul and the people who think like him on foreign policy — the non-interventionist wing of the Republican Party — have lost. And their defeat has a lot to do with Benghazi.

Since winning office in 2010, Paul has mounted a minor insurgency against the GOP leadership. His goal has been to use issues like drone strikes and NSA surveillance to push the Republican Party away from its aggressive foreign policy consensus. 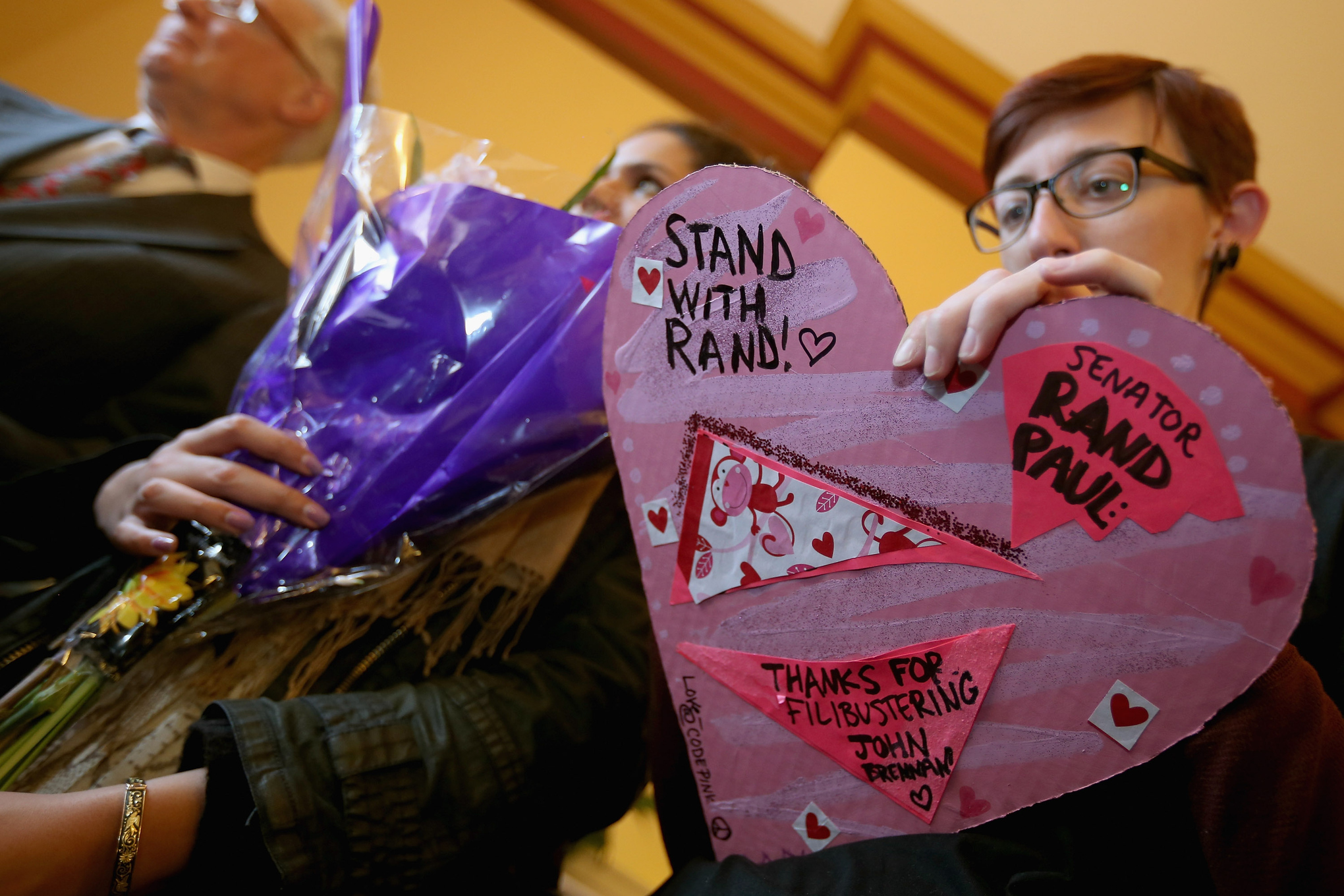 But the party's recent, obsessive focus on the investigation into the September 11th, 2012, attack on the US mission in Benghazi has derailed Paul's campaign. The mainstream Republican line on Benghazi has an implicitly and at times explicitly hawkish valence, pulling the party's foreign policy in the direction of neoconservatives like John McCain and away from doves like Paul.

The Republican line on Benghazi is that the Obama Administration is covering up the truth about the attack to hide its own weakness on al-Qaeda. The point here isn't, as Paul has argued, that Obama was wrong to intervene in Libya in the first place. It's that he was insufficiently aggressive in going after al-Qaeda afterwards. So the more party pushes on Benghazi, the more it commits itself to an aggressive foreign policy — the opposite of where Paul is trying to take them.

The more party pushes on Benghazi, the more it becomes committed to a hawkish vision of the America's role in the world

Take one of the most common Republican talking points on Benghazi: that not a single perpetrator of the attack has been "brought to justice." The obvious implication is that Obama isn't killing or capturing enough terrorists. And indeed, that's what Republicans who talk about "justice for Benghazi" say explicitly. This sentiment is mutually exclusive with Rand Paul's argument that Obama is killing too many people abroad.

What's worse for Paul, the GOP's commitment to Benghazi crowds out other issues. Benghazi has become such a big deal among Republicans that there are incredibly strong incentives to focus on it. The more Republicans talk about Benghazi, the more cemented the party's hawkish critique of Obama becomes. And the less interested Republicans are in tacking in Paul's direction.

Now, you might think Rand Paul and company could walk and chew gum at the same time. Fight Obama on Benghazi like there's no John McCain, and fight McCain on foreign policy like there's no Obama. Indeed, Paul has jumped on the Benghazi train several times.

But legislators and party organizations face many competing incentives. Waging a political civil war over the party's foreign policy direction takes a tremendous amount of effort. For all but the most hardcore non-interventionists, the positive incentives for participating in Benghazi outweigh the more uncertain benefits of challenging the establishment.

Given that neoconservatives already control the major party institutions, inertia means they win

Given that neoconservatives already control the major party institutions, like major think tanks and conservative publications, inertia means they win. The default position, if you're a Republican, is outflank Democrats to the militarily aggressive right. This has been true for years. For Paul to change this, the media and political energy on the right needs to be focused on issues where the neoconservatives are on the wrong side of conservative public and activist opinion. Pitting his popular stance against the leadership's unpopular one is how he would peel off legislators and other leaders.

Conservatives agree with each other on Benghazi and are fired up about it. The civil libertarian issues are both divisive and politically stale. If you're a Republican legislator or pressure group, and you had a choice between devoting energy to Benghazi, where Republicans agree, or to drones and the NSA, where they don't, which would you choose?

Now, none of this would matter if the timing were such that Paul could just wait for Benghazimania to pass.  But at this point, it's probably too late. The "invisible primary," the process by which influential Republican donors and leaders pick sides in the 2016 election, is already underway. These folks have tremendous influence over the GOP primary, and they're rejecting Paul and his foreign policy views. This could still change — 2016 is a long way away. But right now, it looks like Paul has failed to build up enough support to sustain his waning political momentum.

The establishment has started reasserting control over the Tea Party types

Without either a Paul victory in 2016 or a revived Tea Party rebellion, neither of which looks likely, it's hard to see what non-interventionists could do to make in-roads in important Republican institutions. It takes major activist, donor, or political juice to fight a civil war, and it doesn't look like there's a major faction that can give that to Paul in the near-to-medium term. And if a hawkish Republican wins the general election in 2016, the civil war will be on hold more or less indefinitely: absent a catastrophe, parties line up behind their presidents.

Paul and his allies talk a good game. But it's looking more and more like they've lost the soul of the Republican party for the foreseeable future.