Share All sharing options for: Latinos lose trust in Democrats when they find out about Obama's deportation record

Latinos are one of the fastest-growing voter blocs in the United States. And, for the last two presidential elections, Republicans' inability to win even 40 percent of the Latino vote has been one of the biggest reasons for their defeats.

Some pundits have taken this to mean that Democrats have a permanent edge with Latinos — no matter what they do. If they take action to help unauthorized immigrants, they win the gratitude of Latinos. If Democrats don't do anything, well… at least they're not Republicans.

But Democrats might not want to take the Latino vote for granted. A new study suggests that the Obama administration's policies have the potential to turn many young Latino voters away from politics and voting altogether.

The researchers conducted a survey of young, US-born Latinos with immigrant parents. What they found was that many of those voters don't know that Obama's record on deportations has been, by some measures, even more stringent than President Bush's. But once those voters are informed about that, they're much less likely to think Democrats are "welcoming" to Latinos.

That could be very bad news for Democrats — but only if Republicans take advantage of it.

Why Obama's record on deportations could prove unpopular

The researchers found that many US-born Latinos have close ties to unauthorized immigrants: 15% have a parent who is currently an unauthorized immigrant, and 46% have a parent who was unauthorized at some point. This isn't a new finding — previous surveys have shown that a majority of Latino voters know someone who is undocumented — but the new study shows just how personally many Latino voters are affected by Obama's deportation policies: 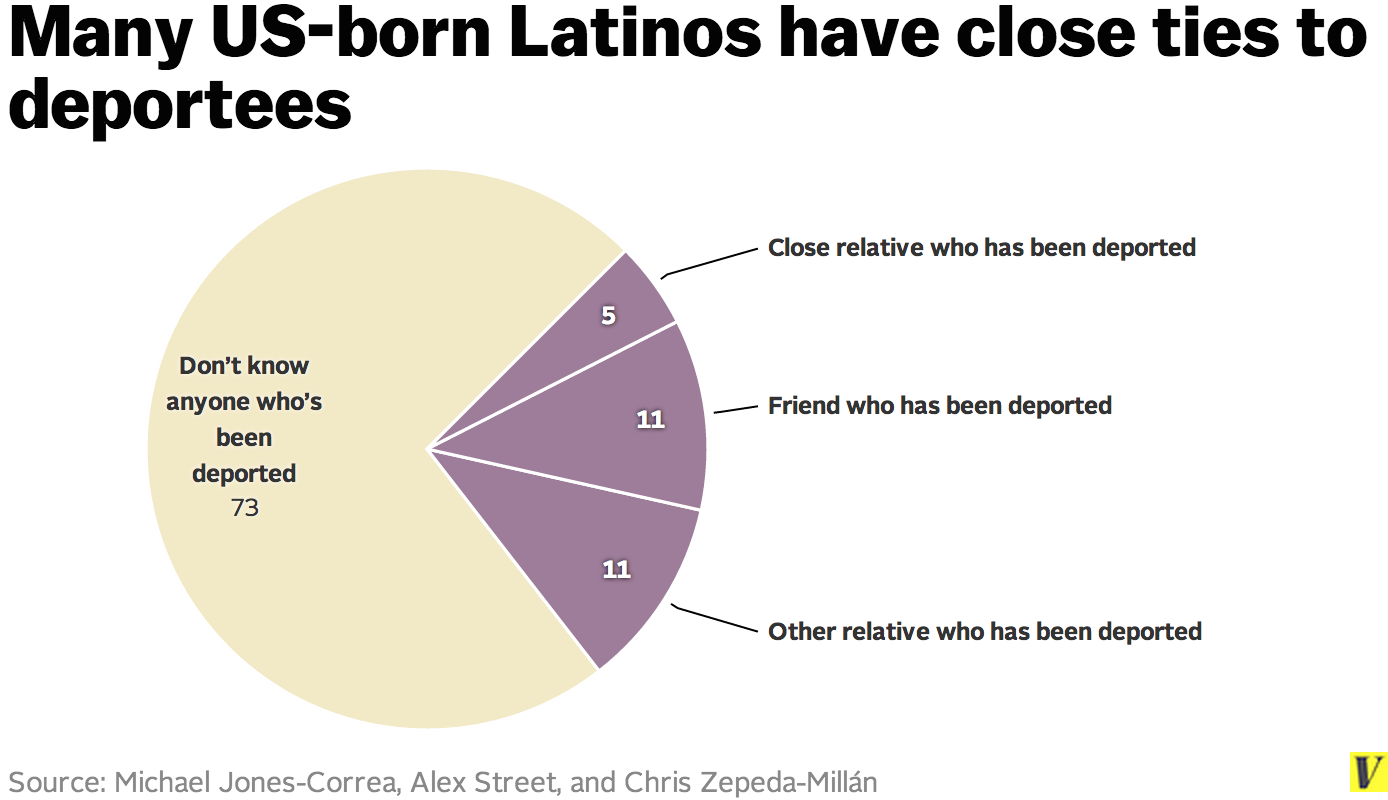 Those personal ties help explain why Latinos react so strongly to deportations. The researchers found that Latinos who were told that Obama had deported more immigrants than Bush were less likely to agree that Democrats were "welcoming" to Latinos.

More importantly, the less someone knew about deportations to begin with, the more strongly he or she reacted to Obama's deportation record. Here are the changes in Latinos who rated the Democrats "welcoming," sorted from those who knew at the beginning of the survey that Obama had deported more immigrants than Bush; those who incorrectly thought they were comparable or that Bush had deported more immigrants; and those who didn't know: 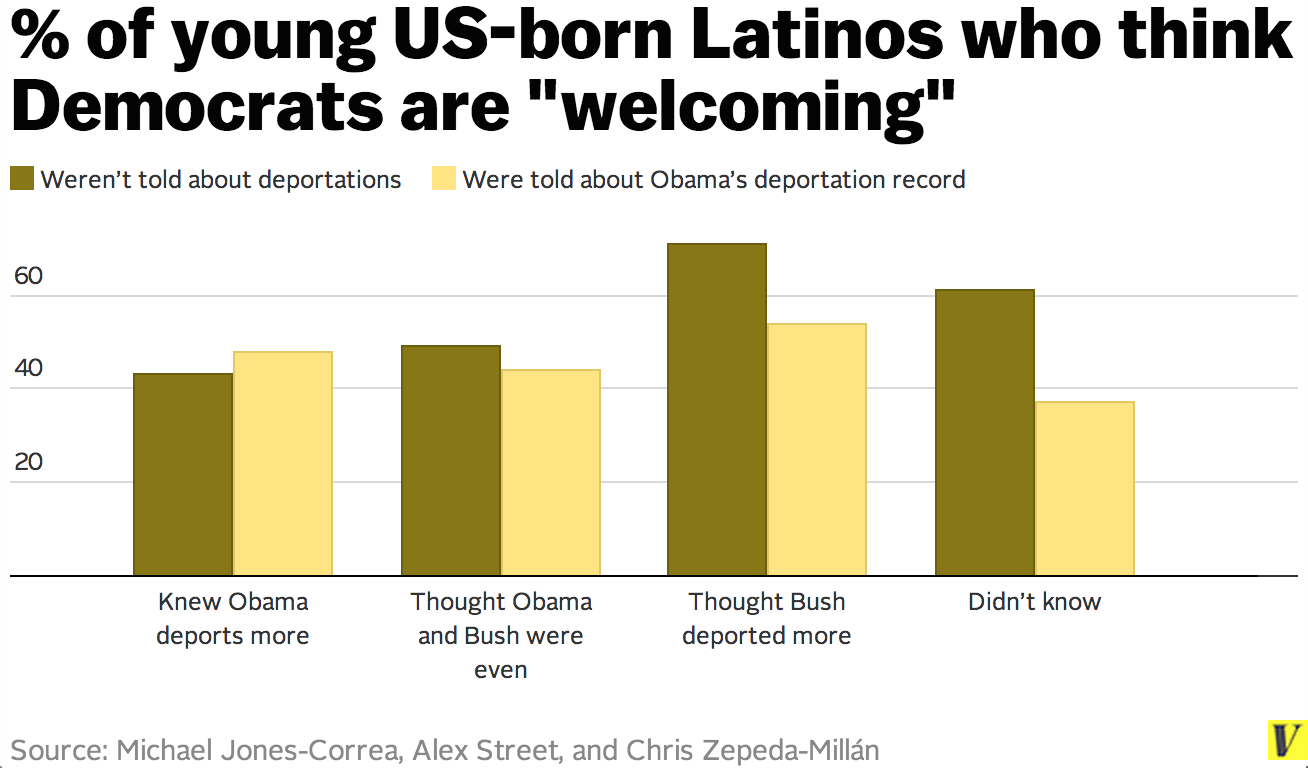 The implication is pretty clear: anyone who can successfully educate Latino voters about what President Obama's been doing to unauthorized immigrants can weaken their trust of Democrats.

That said, it would probably be hard for Republicans — or anyone — to get to the voters they'd need to inform. The Latinos whose opinions of Democrats changed the most were those who were least informed about politics in general, and deportations in particular — meaning they're the least likely to be responsive to a greater media push or ad campaigns.

But Democrats shouldn't feel too comfortable. Obama's deportation record still has the potential to be a big liability for them with Latinos, if someone can figure out how to use it.

The full study is here and was conducted by Michael Jones-Correa, Alex Street, and Chris Zepeda-Millán (of Cornell, the Max Planck Institute in Germany, and Loyola Marymount University, respectively)