Share All sharing options for: Comcast and Time Warner are America's biggest cable companies — and the least popular

Comcast and Time Warner Cable are the least popular internet and television providers in America, according to a new survey from the American Consumer Satisfaction Index. And consumer satisfaction with the broadband and pay television industries is down across the board. Here are the results for subscription television, which includes major cable firms, phone companies, and satellite video providers. Only 56 percent of consumers are happy with Time Warner Cable television service. 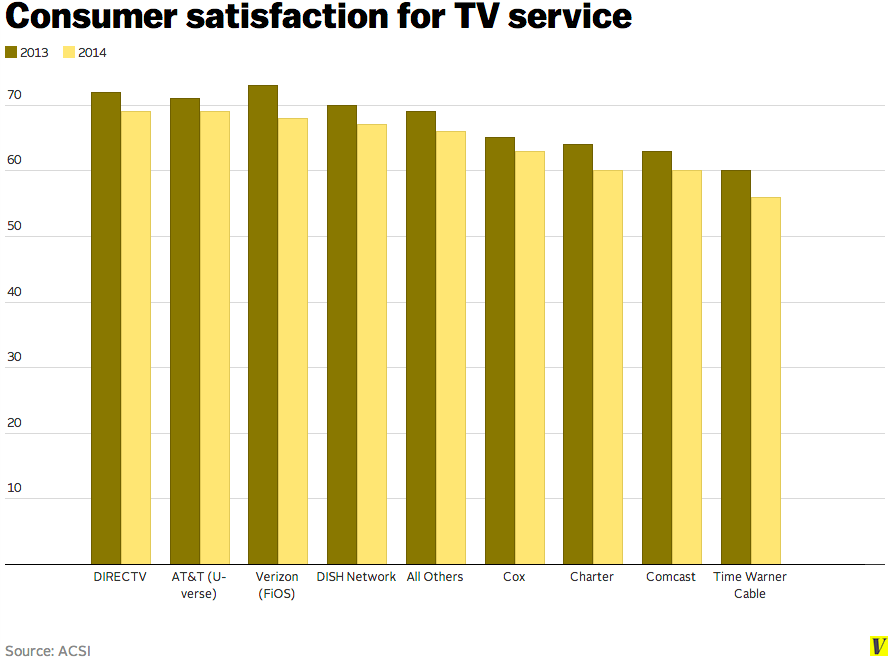 Things are even grimmer for broadband: just 54 percent of consumers report being satisfied with the internet access provided by Time Warner Cable. 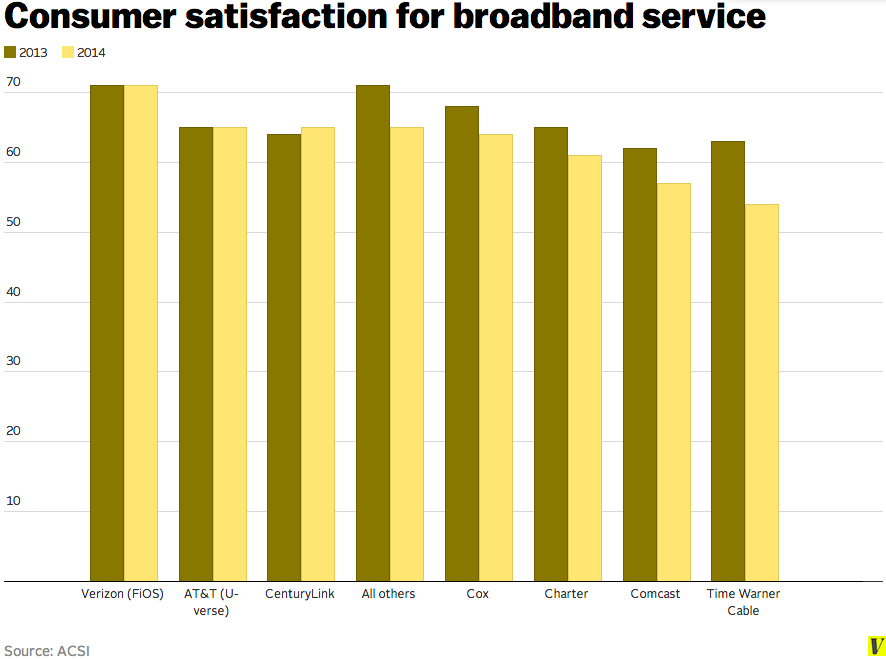 It's notable that Comcast and Time Warner are America's two largest cable companies. Comcast he 40 percent of the cable broadband market and Time Warner has 23 percent. And the combined company will be even bigger if regulators approve their merger later this year.