American elections are stuck in the 20th century. Here's how to change that.

Share All sharing options for: American elections are stuck in the 20th century. Here's how to change that.

In the wake of the disastrous Florida recount in 2000, Congress appropriated billions of dollars for states to upgrade their voting equipment. A lot of states used this bonanza to purchase shiny new electronic voting machines. But those machines haven't always worked out as well as their backers hoped, and a decade later they're showing their age. And Congress isn't expected to provide more billions for states to replace their aging voting systems any time soon.

Aneesh Chopra, President Obama's choice to be the nation's first Chief Technology Officer from 2009 to 2012, wants to do something about the problem. He is teaming up with a group called the Open Source Elections Technology Foundation to address the problem. Their plan: develop the software necessary to run an election and release it as an open-source project. Chopra and his colleagues believe that could lead to better election systems while simultaneously saving cash-strapped states money.

After every national election, you can find media reports of voting machine "glitches." Common problems include "vote flipping" (where the voter tries to vote for one candidate but the machine registers it as a vote for another), broken machines, and mis-configured ballots. These issues can cause long lines as pollworkers take malfunctioning machines offline or have to spend time trying to fix them rather than checking in voters. 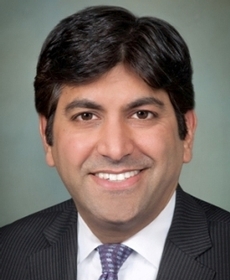 Chopra points to the 2013 attorney general election. "The difference between which candidate won was a single machine that was not counted. It required a manual count of the machine, after a variety of folks on Twitter commented on anomalies" in the results. Election officials finally realized that they had omitted almost two thousand votes from an optical-scan machine in Fairfax county.

Virginia election officials were able to correct the mistake because the votes were recorded on paper, allowing for a meaningful audit. But other states have adopted purely electronic machines known in industry jargon as direct-recording electronic, or DRE, machines. These have a huge disadvantage over older paper-based voting technologies: there's no way to conduct a manual recount. If voters cast their votes on paper ballots, election officials always have the option to count ballots by hand if vote-counting machines malfunction. But with DRE voting machines, there's no way to independently verify the results reported by a machine.

Yet electronic voting machines aren't going away. For one thing, they're a boon for blind voters, allowing them to vote without assistance for the first time. And the approach many experts prefer, optical-scan paper ballots, still involves using machines to count votes. So many voting experts think the best solution is a hybrid approach: record votes on paper, but use technology to assist blind voters and count votes at the end of the process.

Yet America's voting technology leaves a lot to be desired. You can't sell a voting machine until it's been federally certified, a long and expensive process. Yet the market for voting machines isn't very big, so few companies are willing to go through the hassle of getting their machines certified. So the market is dominated by a handful of firms with mediocre technology.

Moreover, many parts of the process that could be automated — like registering voters and reporting results — don't take full advantage of the internet. The problem with the attorney general race in Virginia occurred because results were tallied by hand. Better software could make such mistakes less common.

OSET to the rescue?

America's voting technology leaves a lot to be desired

OSET believes that if pre-certified election software were available for any company to use, more companies would be interested in jumping into the market, providing hardware and services to election officials. Not only would new firms not to have to write their own software, but it would be a lot easier to get certified if their machines were running software federal regulators have already seen.

It's a model that has worked well in other industries. "Open source software runs the web," says Chris Kelly, who made his fortune as an early Facebook executive and has signed on as a major OSET backer. "The largest websites in the world are running on open source software today." Open source software like Linux has lowered the barrier to entry for web servers. Companies like Rackspace, Red Hat, and IBM compete to build and support Linux-based servers.

"Our framework will cut almost three quarters of the costs of these systems out for cash-strapped counties," Miller says. "We want to get away from proprietary, complex, over-priced hardware."

And OSET hopes to write software to handle other parts of the election process too, like online voter registration, vote-counting, and election auditing. By running thoroughly vetted, standardized software, state officials could save money while improving the election process.

These are ambitious goals. But OSET has attracted a prominent group of supporters to ensure it has the resources it needs to tackle them. With help from Kelly and Chopra, the foundation expects to raise at least $6 million dollars in 2014.

And the foundation has already made progress on some key pieces of election infrastructure. It has developed a prototype of Votestream, a platform for publishing election results data in open formats. The foundation has also been working with the state of Virginia to develop a "voter services portal" to help voters register to vote and manage their registration information online.

The foundation is focusing on these projects first because they don't require federal certification. Software for ballot-marking and ballot-counting machines will take more time — the foundation hopes machines based on its software will be in voting booths in time for the 2020 elections.

"It's important that this be led by technologists," Kelly argues. The state and local officials who run elections don't have the time, resources, or technical expertise to take on ambitious new projects to improve election technology. But with help from OSET, they might be able to finally bring American elections into the 21st century.