Benghazimania is good for America

Share All sharing options for: Benghazimania is good for America

This week, a House Select Committee will begin investigating the thoroughly investigated Benghazi pseudo-scandal. It's sure to be a mountain of political theater, a source of aggravation for liberals, and a pain-in-the-butt for administration officials who are asked to testify or produce documents.

And it's probably good for America.

The Benghazi inquiry is, fundamentally, a throwback to a younger more innocent times in high-stakes congressional conflict when a House Republican majority impeached a president over a small potatoes sex scandal. It was a farce and a distraction, but ultimately nothing about it derailed the basic functioning of the American government or imperiled the welfare of the American people.

By contrast, the Obama-era GOP has generally manifested a much greater degree of seriousness. Rather than harass the White House with nonsense inquiries, they've repeatedly focused on questions of substance — frequently by demanding large public policy concessions as the price to be paid to avoid creating a situation of mass financial chaos by refusing to raise the statutory debt ceiling.

There was something a little silly about those hostage crises, but they were fundamentally serious matters — primarily in the sense that they had serious negative consequences for the world.

The worst of these was the 2011 debt ceiling crisis that produced large and noteworthy negative consequences for business and consumer sentiment. 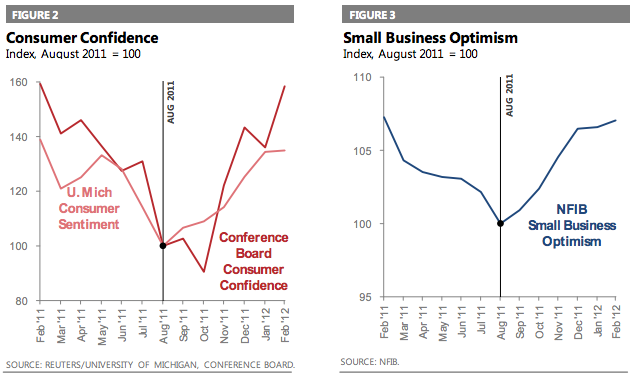 The other debt ceiling standoffs didn't last as long and weren't as bad, but they can't have been positives for the American economy.

And then there was the sequester which cost 900,000 jobs and the billions of dollars in economic harm associated with the fall 2013 government shutdown.

Politically, however, the shutdown was a political fiasco for congressional Republicans. And this time around, the GOP learned their lesson. Since last fall, there have been no more high stakes standoffs. Instead, Democrats and Republicans made a budget deal that even included modestly higher taxes (labeled "fees" so the GOP could maintain its purity). With that in place, Washington still isn't doing nearly enough to help the unemployed but it's at least stopped actively harming the process of economic recovery.

In electoral terms, the more moderate tone has worked and the GOP now enjoys a healthy lead in most midterm polling. But in terms of internal dynamics, congressional Republicans are hardly going to throw in the towel and stop fighting Obama. Coincidentally enough the mainstreaming of Benghazimania as a leadership priority has come just as John Boehner has largely stopped trying to extort policy concessions through high stakes bluffing. Scandalmongering, in other words, is filling the militancy void left by the budget settlement just as it did in the latter half of the 1990s. And while Democrats can hardly be expected to like it, an objective read of the situation is that the country is better off in this mode than in the terrifying standoffs that prevailed from the 2010 midterms until last fall.