Republican governors have found something they like about Obamacare

Indiana Gov. Mike Pence really hates Obamacare. He refused to set up an insurance exchange and, while serving in Congress, voted repeatedly for repeal. But now Pence has found something Obamacare is good for: forcing the Obama administration to agree to conservative Medicaid reforms they might not otherwise consider.

As governor, Pence had the final say on whether his state expands Medicaid to 350,000 Hoosiers — and he wasn't shy about using that leverage with the Obama administration. Pence demanded that, if he were to sign onto the Medicaid expansion, it would only happen if he could use Indiana's controversial, Bush-era Medicaid experiment as a vehicle.

"We made it very clear what our position was: if we were able to see the Healthy Indiana Plan waiver renewed, that we would be willing to continue a dialogue about using [that] as a framework for further discussion," Pence said Monday during a presentation at the American Enterprise Institute.

Pence announced last week that he would endorse the Medicaid expansion, becoming the 10th Republican governor to sign onto the program. He joined the growing ranks of state officials using their sway over a key White House priority to extract significant concessions in how Medicaid works.

"The administration is working very hard to come to agreement with Republican governors where they can," says Tevi Troy, president of the American Health Policy Institute and a former Health and Human Services official in the Bush administration. "Because they want people to sign up for the expansion, particularly a high profile governor like Pence, they're working pretty hard to make compromises."

Six governors — five Republicans and one Democratic — have used the Medicaid expansion as a moment to petition the Obama administration for waivers. These agreements give states permission to make changes to Medicaid that aren't otherwise allowed, like changing the benefits patients receive or allowing a private company to run their health coverage rather than the state.

In giving states this flexibility, there's a tension for the Obama administration: it wants to maintain Medicaid as a safety-net program, with a robust set of benefits, but also give states a chance to experiment with new approaches.

The waivers granted in Medicaid expansion negotiations are reshaping the program. They make the public-insurance program look more like private coverage and rely more on enrollees to manage their own care.

'the governors realize this is a once in a lifetime opportunity'

Observers say the waivers are partially about policy, partially about politics: it's a lot easier for governors to sell a Medicaid expansion to a conservative state if they can point to concessions earned in the negotiations.
"The governors realize this is a once in a lifetime opportunity," says Tom Scully, who ran the Centers for Medicare and Medicaid Services under George W. Bush. "They're going to get a lot of federal money but also don't want to kill themselves in the process." 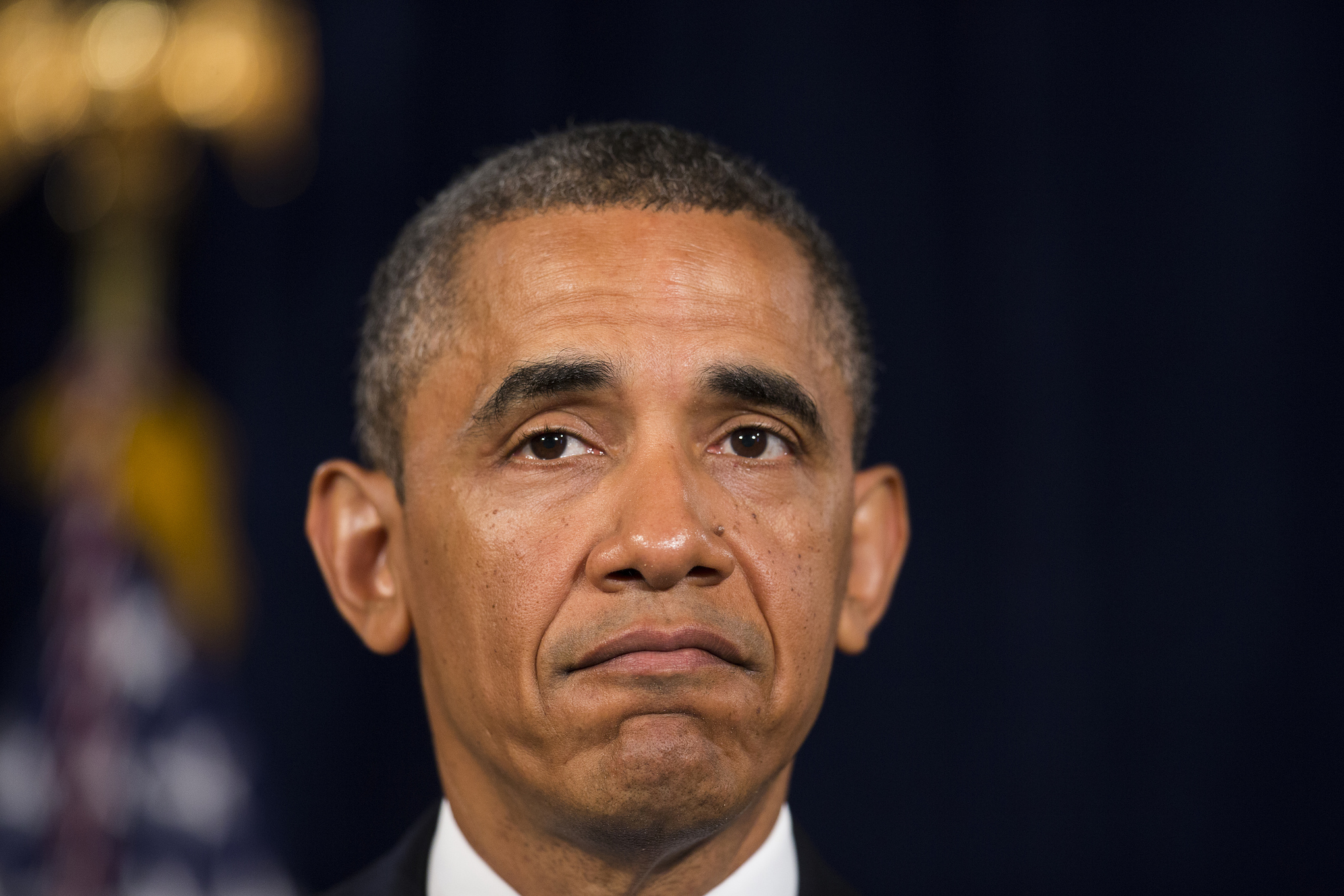 Over the past year, states have proposed a handful of new ways to run their Medicaid expansion programs.

Arkansas, Iowa and Pennsylvania are pursuing Medicaid expansions that enroll patients into private health insurance, with premiums paid by public dollars. This flexibility did exist prior to Obamacare, but states had barely used the option until conservative states were looking for more palatable ways to grow an entitlement program.

"We've always had this concept of premium assistance as an option," says Joan Alker, who runs the Center for Children and Families at Georgetown University. "But with the Medicaid expansion waivers, states are taking it in a whole new direction."
Medicaid beneficiaries in these states can shop on the health exchange just like people buying coverage. They enroll in the same plans, and receive the same ID cards in the mail — making the Medicaid experience much more like the individual market. Between the three states, there could be 648,000 people eligible for this newly-privatized version of Medicaid.
States have increasingly pushed the limits of this so-called "private option." Arkansas, which pioneered the approach, guarantees Medicaid enrollees access to some of the benefits that aren't usually part of private insurance, like paying for rides to the doctor.
Iowa's expansion plan, approved by the Obama administration in December, relieves the state of the traditional requirement to cover non-emergency transportation — meaning that Medicaid enrollees there will have a slightly less robust benefit package as a result of the state waiver. 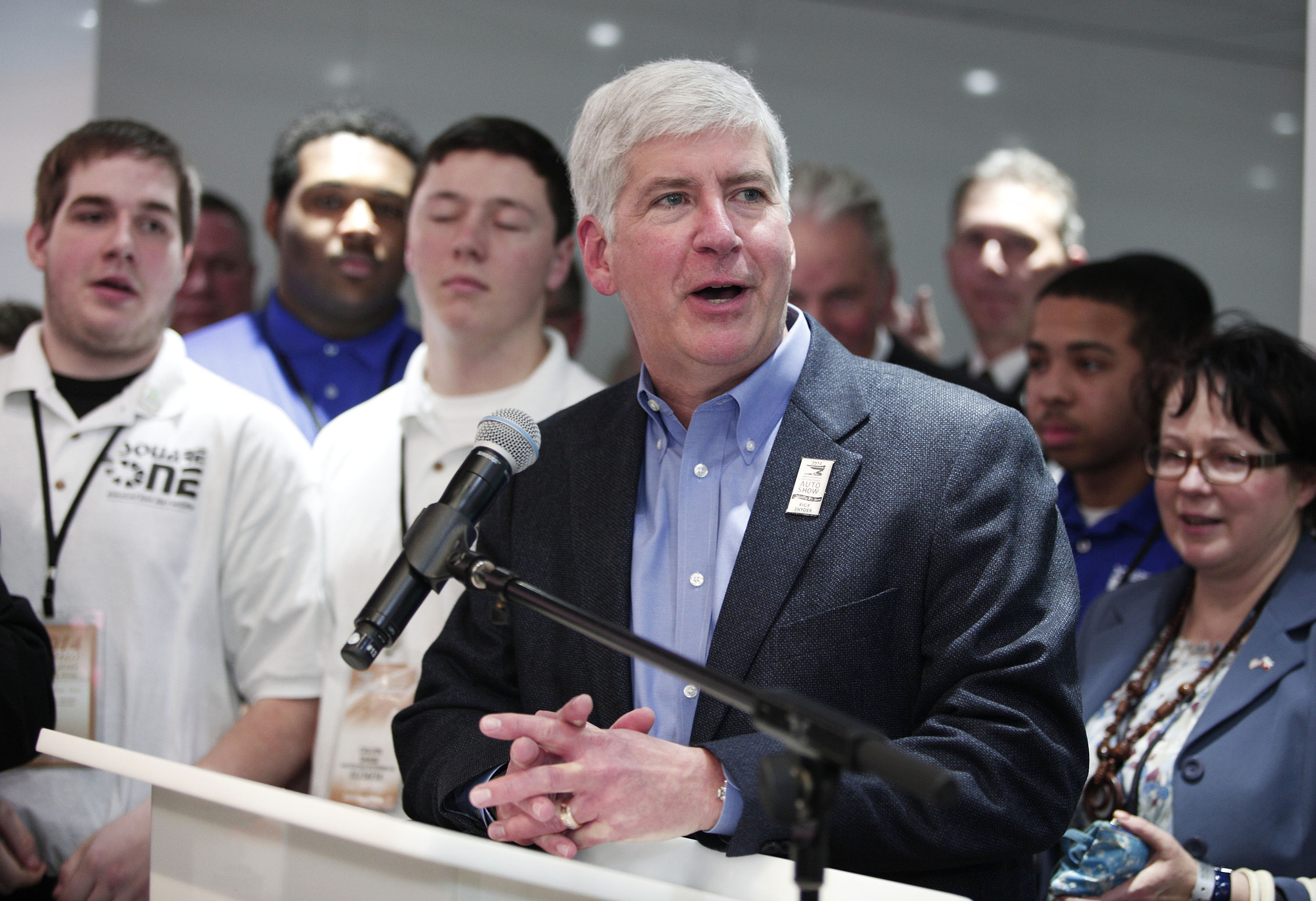 Pence's plan expands Healthy Indiana, a program started in 2008 to expand coverage to about 40,000 low income Indiana adults. Approved by the Bush administration, Healthy Indiana pioneered some of conservatives' favorite health policy approaches in Medicaid. It created health savings accounts that all Healthy Indiana enrollees would have to contribute a monthly premium into — or, like in private coverage, have their coverage cancelled if they don't.
Pence's plan to expand Medicaid in Indiana would put an additional 350,000 people into the Healthy Indiana Plan, with a similar structure for premium contributions. It would, by far, be the broadest use of health-savings accounts in the Medicaid program — so broad that Pence wasn't initially sure the White House would sign off.
"My first objective was I wanted to preserve the Healthy Indiana Plan," Pence says. "Frankly, in the wake of the 2012 elections, there were some who speculated we wouldn't be able to do that...there was a lot of skepticism about whether the administration would be willing to extend a waiver." 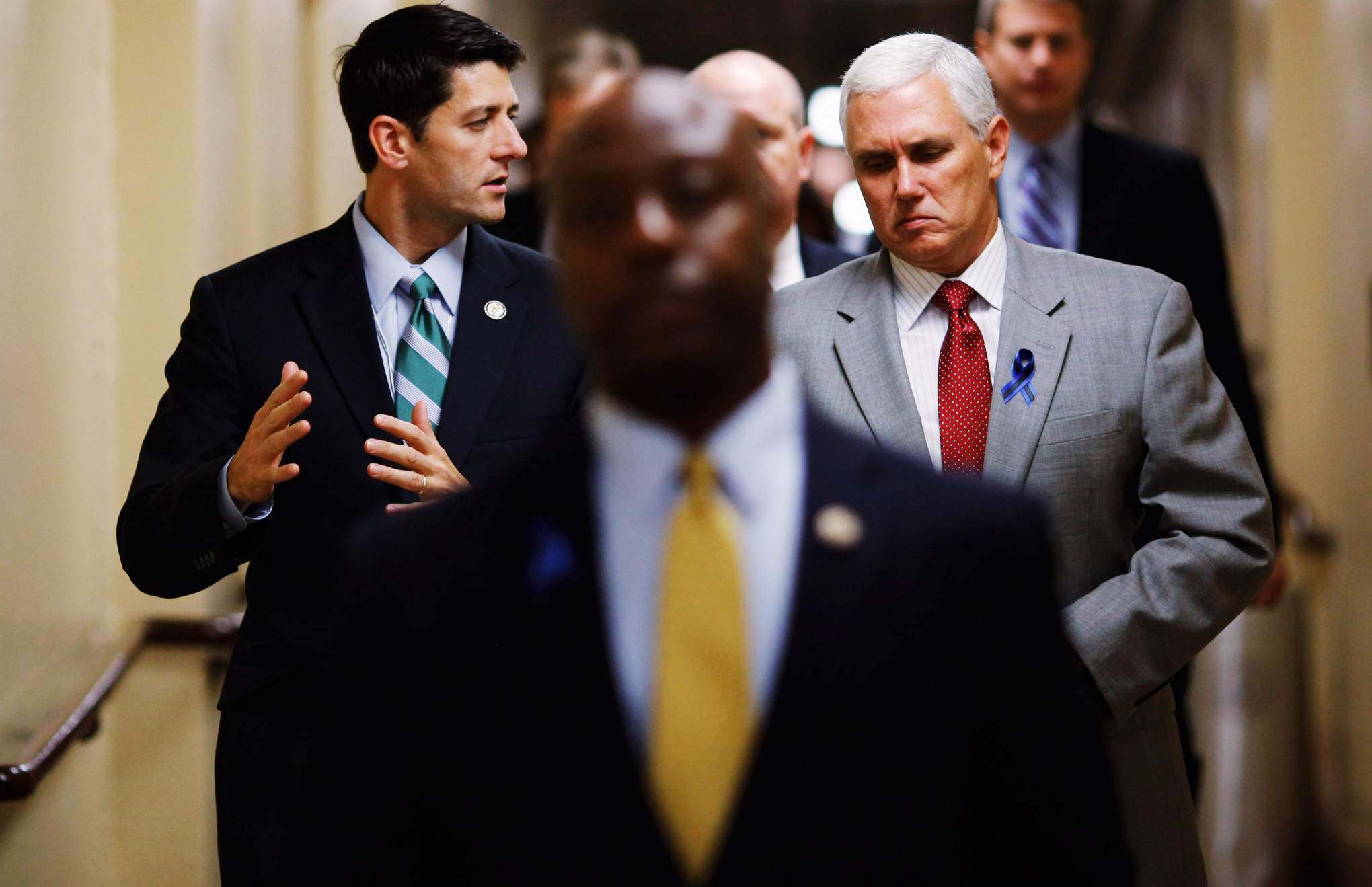 'everybody has red lines'

It rejected Iowa's proposal to charge a small premium to everyone who earned more than 50 percent of the federal poverty line (about $5,500 for an individual) out of concern those payments would be too onerous for the lowest-income beneficiaries.
"Everybody has red lines," Troy says. "Republicans and Democrats have some different priorities and they need to figure out which ones match up."
And a waiver doesn't always guarantee a Medicaid expansion: Florida Gov. Rick Scott secured additional federal flexibility to introduce more private insurers into his state Medicaid program but never sold his conservative legislature on expanding the program.
Indiana got the Obama administration's sign-off on a one-year extension of Healthy Indiana last year. It will submit a waiver request later this summer, asking the White House for permission to use that same structure in the Medicaid expansion.
Pence will have to make some changes to Healthy Indiana to get federal approval. He'll have to end the standing enrollment limit that currently helps keep the program in the red and provide more benefits to beneficiaries below the poverty line.
Those aren't likely to be dealbreakers; the waiver in negotiation would still bring sweeping change to Indiana's Medicaid program. Pence says the discussions with Health and Human Services have so far been "productive" and he's optimistic about getting approval.
"For me, the key here is to expand on the leadership that Indiana has provided on Medicaid and preserve those elements," Pence told reporters after the AEI event. "Our discussions with federal officials have been very constructive and productive."