Teen unemployment hit a new post-recession low, but it's not all good

Share All sharing options for: Teen unemployment hit a new post-recession low, but it's not all good 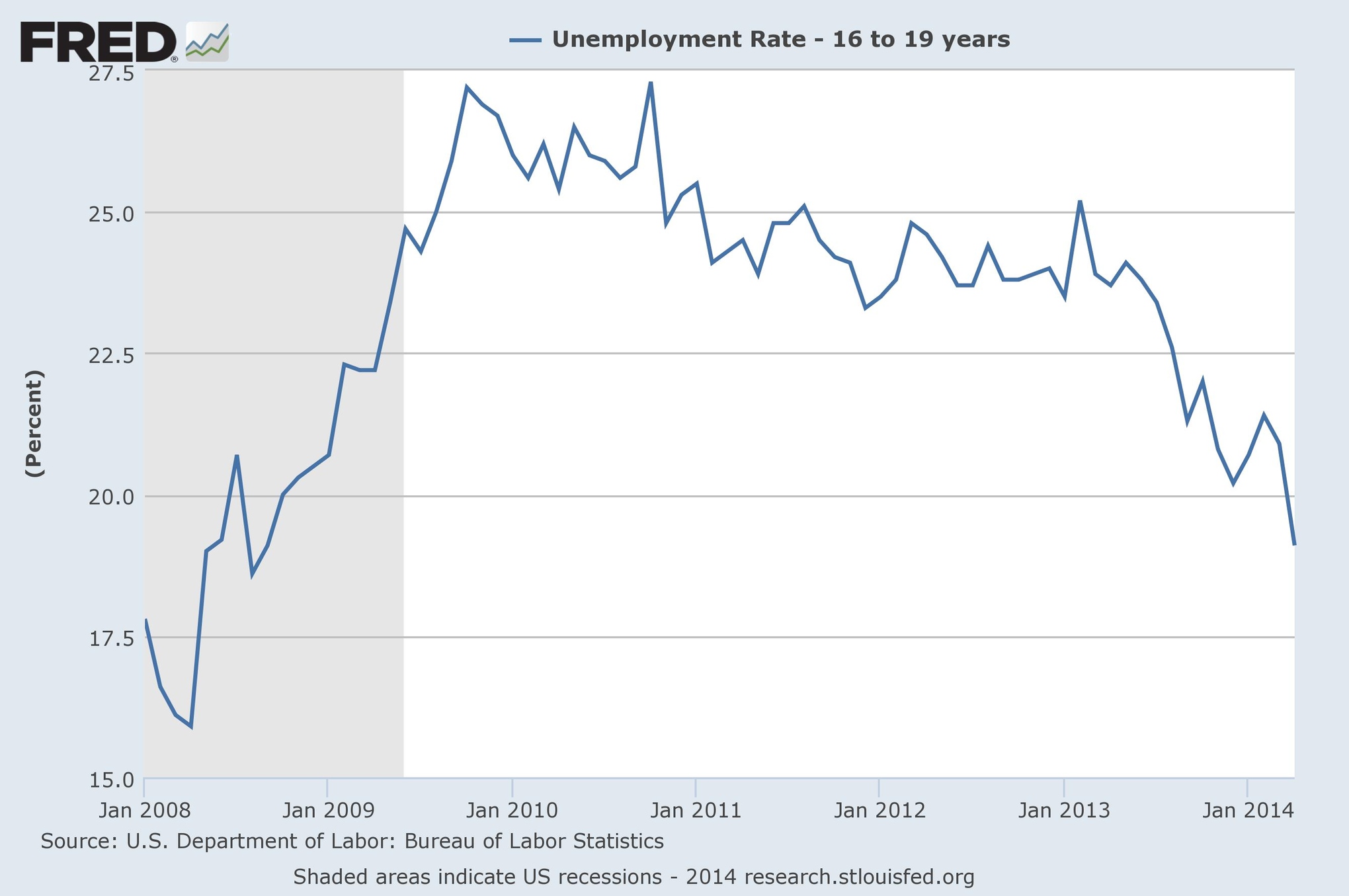 That's good news, and it shows a lot of healing from the height of the recession, when more than one-quarter of teens were unemployed. However, there is one catch, and as with so many things things job-report-related these days, it has to do with the labor force participation rate.

The teen labor force participation rate in April was 33.2 percent, down from 34.2 percent one month before. Since the crowd of 16-to-19-year olds isn't that big a population, that figure can jump around a lot. But it was also down from a year ago, when it was 34.0 percent, suggesting that recent declines in the teen unemployment rate could in part be due to teens stopping looking for work altogether.

If that's because teens are becoming discouraged because of an ugly job market, that's a bad sign. Yes, teens often have other things to do with their time, like studying, but teen jobs can also set up a person for a lifetime of gains. Youth unemployment now can mean depressed earnings for decades into the future.

It's also important to note that not all teens are the same. In particular, there are some sharp racial and ethnic differences in teen unemployment. Blacks and Hispanics in particular have much higher jobless rates than all white teens. The unemployment rate for black teens was 36.8 percent as of April. For whites, it was 15.9 percent.

The below chart, from the Federal Reserve Bank of St. Louis, shows these disparities (however, it is not yet updated with the April numbers. In addition, the Hispanic figures are not seasonally adjusted, while the other series are.). 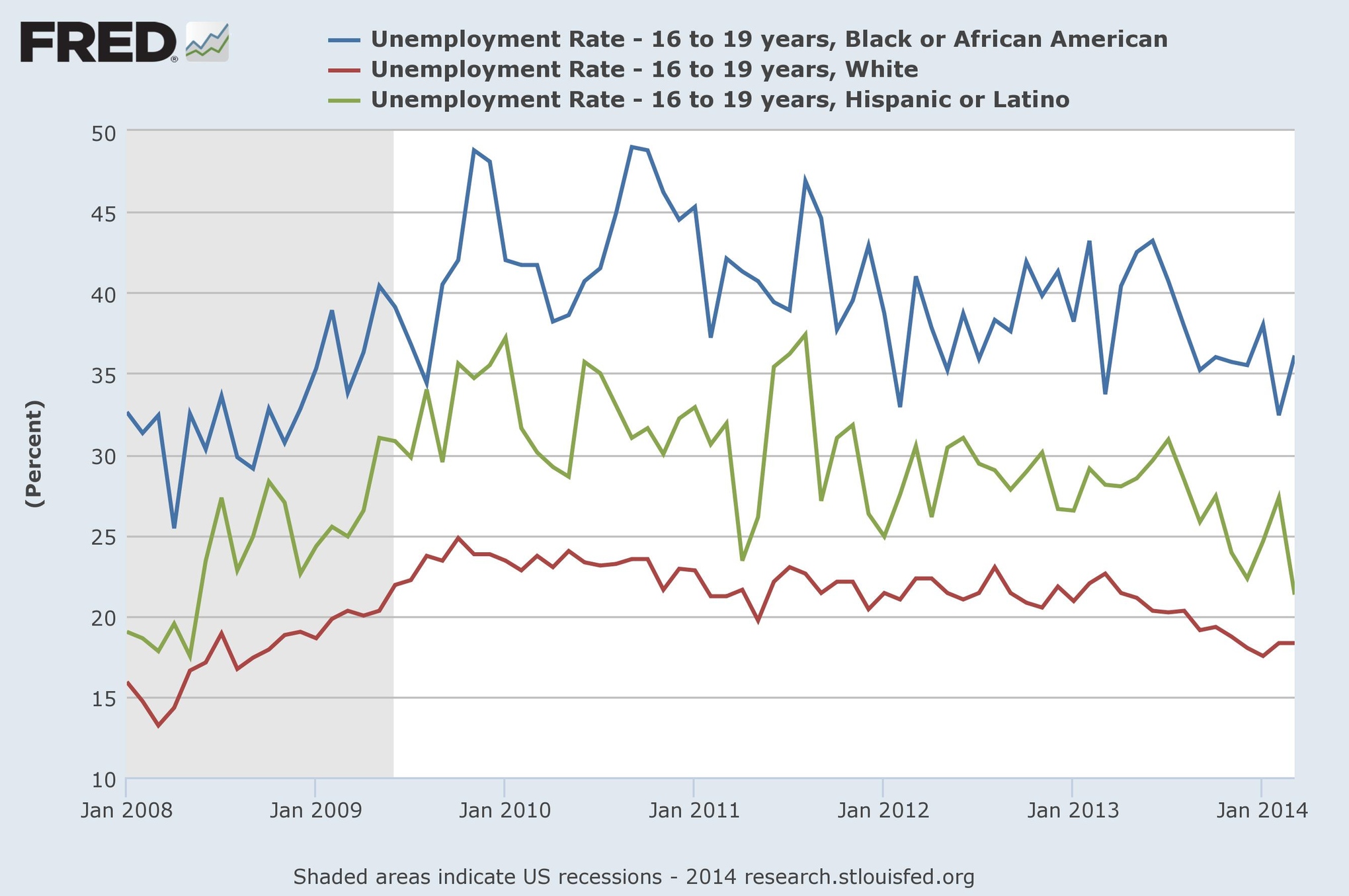