Who left the labor force in April? The less-educated.

Share All sharing options for: Who left the labor force in April? The less-educated.

The labor force participation rate fell in April by 0.4 percentage points, from 63.2 percent to 62.8 percent. That level matches a 35-year low, and it may signal very bad things for the economy — it might mean that Americans have stopped looking for work.

So who is leaving? The jobs report provides a few clues. One of the most striking is that less-educated Americans' participation rates fell, while people with degrees in fact participated more. Below is the percentage point change from March to April in the labor force participation rate for different education groups. 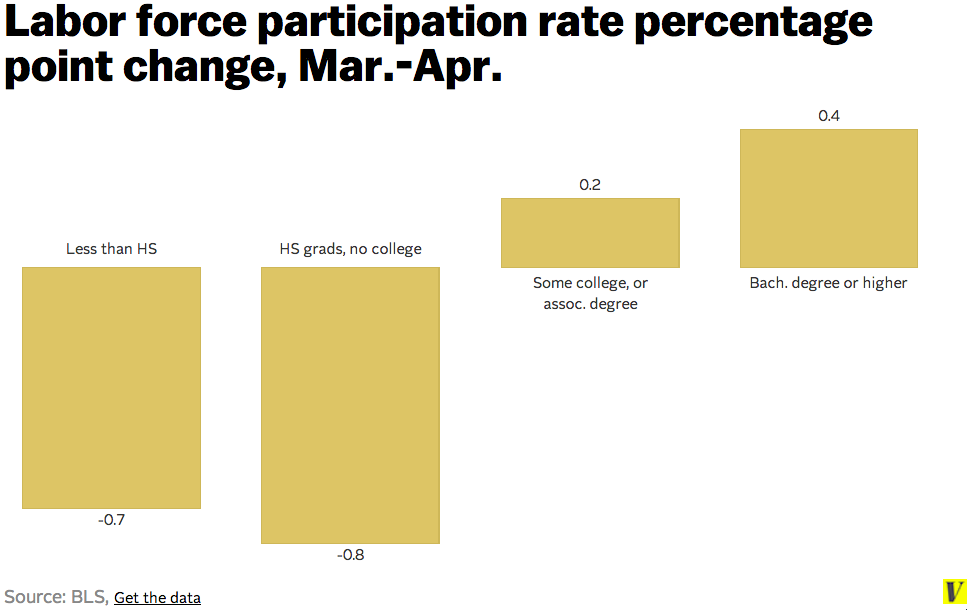 The less-educated already have lower participation rates than the more educated, as well. 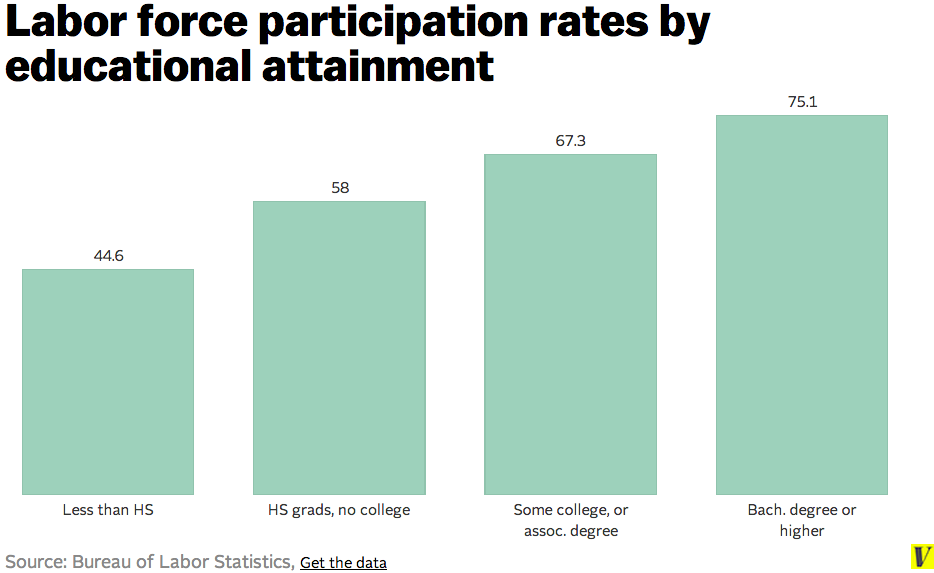 All that said, it may not entirely be that high school dropouts and people without college degrees are increasingly joining the ranks of discouraged workers. They may also simply be retiring — younger Americans are more educated than their older peers, so those Boomers who are quitting work may just be less educated than the rest of the workforce.