It's normal for labor force participation to be weird

Share All sharing options for: It's normal for labor force participation to be weird

According to today's jobs report, The civilian labor force dropped by 806,000 in April, following an increase of 503,000 in March. That kind of eccentric behavior has some people puzzled, but it's worth pulling out and looking at the whole past ten years and you'll see that this is a very unstable data series: 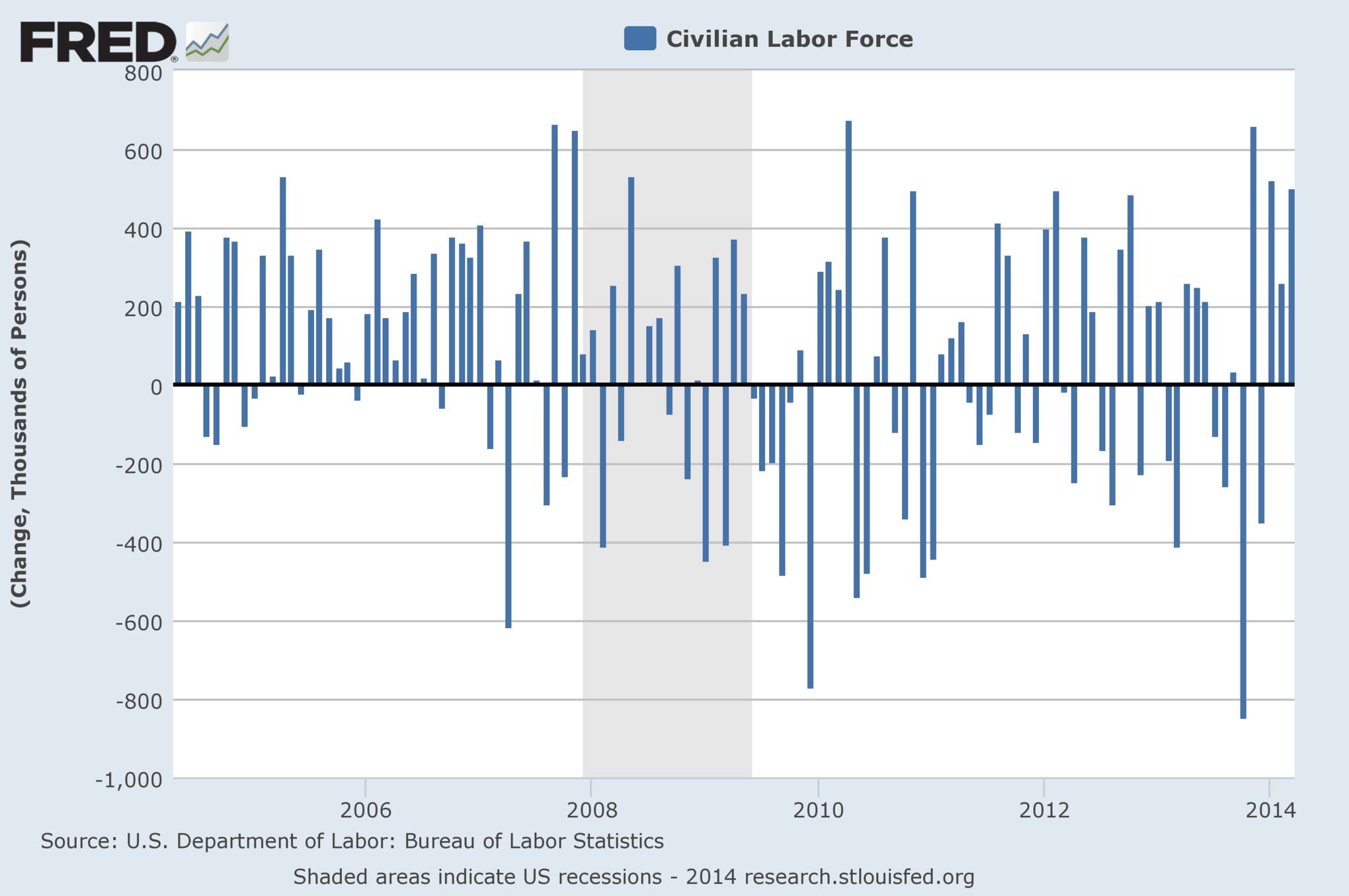 It's not unusual for large increases to be followed by large declines or vice versa. One reason is that this figure comes from the household report which has a larger amount of sampling error than the establishment report from which the headline jobs number comes.

It seems that the underlying phenomenon of labor force participation is itself somewhat unstable, but the nature of the survey means you would expect to see a lot of bouncing up and down even if the underlying trend was steady.