Share All sharing options for: Economy adds 288,000 jobs in April 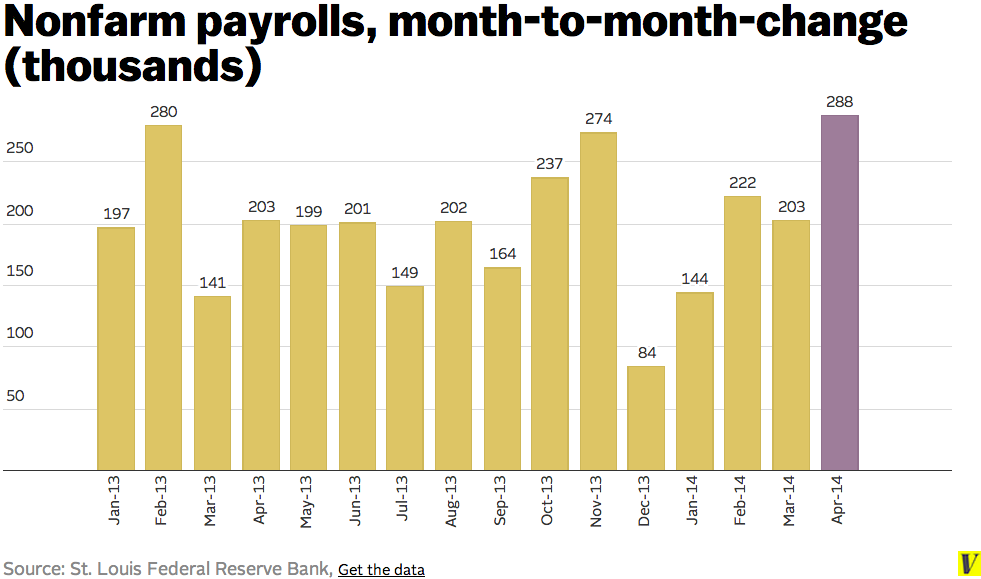 The unemployment rate, meanwhile, fell from 6.7 to 6.3 percent. That 0.4 percentage point decline is the sharpest since December 2010.

April marks the third straight month in which the economy has added more than 200,000 jobs. The positive report may be a sign that the labor market is healing despite a harsh winter, which many economists say weighed on growth.

The broadest measure of unemployment, the U-6 rate, which includes people who have stopped looking for work and those working part-time for economic reasons, also fell from 12.7 percent to 12.3.

However, the labor force participation rate fell from 63.2 percent to 62.8 percent. This is a measure of the share of the population either working or looking for work. It may signal that the sharp decline in the jobless rate was in part due to people stopping looking for jobs, rather than finding work.