Here's how Obamacare is doing in your state

Share All sharing options for: Here's how Obamacare is doing in your state

Obamacare is a story of 50 states. It doesn't really matter how the entire nation does in terms of enrollment; success or failure instead comes down to how each state's exchange fares.

the success of the exchanges varied significantly from state to state

Looking at the health-care law through that framework, however, is a lot more nuanced: the success of the exchanges varied significantly from state to state, according to the Urban Instute's analysis of new federal data. 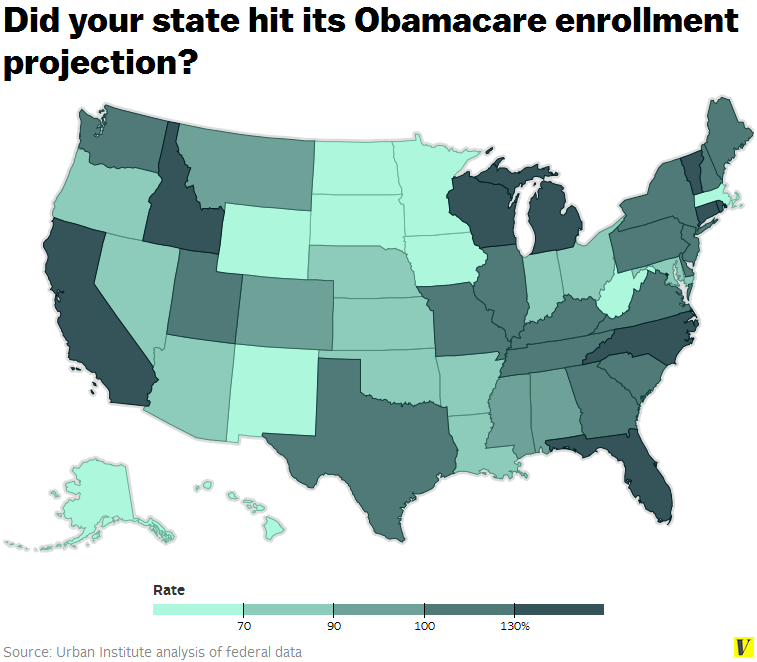 It's a similar story for Obamacare's target populations: individual market shoppers and uninsured people who don't qualify for employer-based insurance or public health plans. The nation, overall, reached about a quarter of this population. But Massachusetts reached only 8 percent, while Vermont netted 73.5 percent. 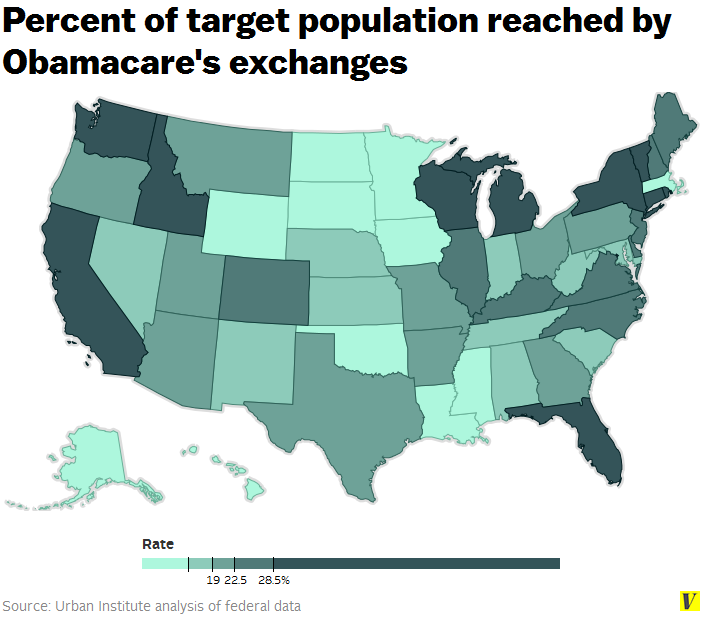 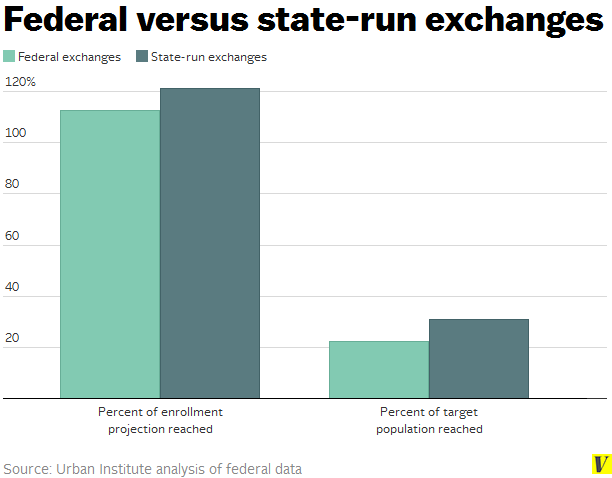 That, however, also comes with a big caveat: some states seriously botched their own exchanges, so state-run exchanges didn't guarantee success. Oregon in particular now plans to move to a federal exchange after the state struggled to get its website functioning throughout the entire open-enrollment period.

The numbers also don't tell us the health of the new signups and how many people have actually paid their first premiums, which is the final step to obtaining insurance. Both those factors are important: healthier insurance pools can keep health-care spending and premiums down, and signups obviously don't matter if they don't translate to purchased insurance policies. (It's worth noting major insurers have told us that they're so far satisfied with both the age breakdown, an important indicator of health, and the amount of people paying for premiums.)

Still, the numbers show it generally helps to have a state government fully behind the task of insuring as many people as possible through Obamacare. That could be an important lesson as states head into the 2015 open-enrollment period in November.