Share All sharing options for: Republicans and Democrats are more divided on race today than in 1985

The Obama era began amidst the hope that American politics was finally moving beyond its old racial divisions. Five years later, something closer to the opposite has happened: partisan politics has cut new racial divisions into American life. Consider this graph from Brown University political scientist Michael Tesler: 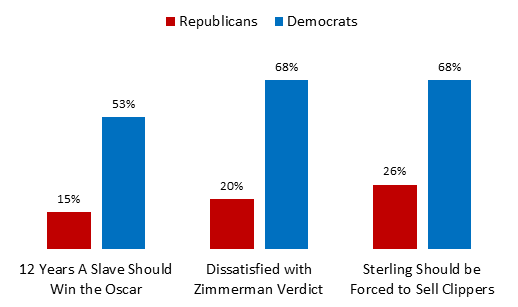 It wasn't always this way. In 1984, when Bernhard Goetz shot four young African-American men he thought were going to mug him, there was no difference in the way Democrats and Republicans responded. Even the OJ Simpson trial didn't lead to a large partisan cleavage: 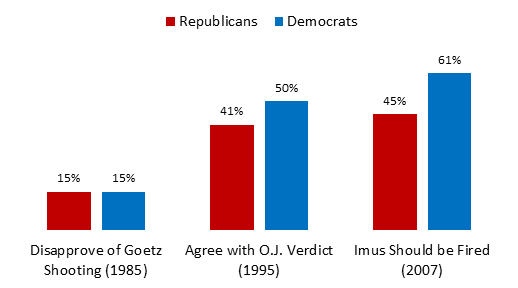 But that was before Barack Obama was elected president.

Tesler's book Obama's Race: The 2008 Election and the Dream of a Post-Racial America, limns an inconvenient truth of the 2008 election: it was the most racialized election in modern American history. There's been no recent campaign in which racial attitudes did as much to drive political behavior. And that's continued after the election.

Tesler worked with political scientist (and Obama's Race coauthor) David Sears to test how racial attitudes — measured using a standard survey — drove the approval ratings of different presidents. The curve for Obama looks unlike anything else on the chart: 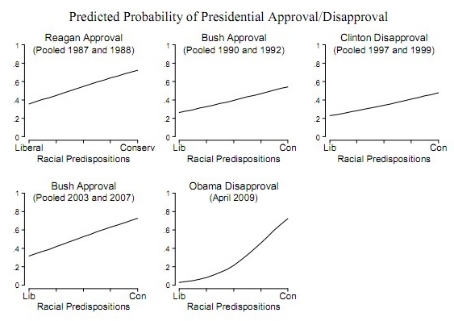 What you see in that graph is that this isn't just about partisanship. It's about Obama. Tesler proved this beyond all doubt in a survey in which he showed pictures of Obama's dog Bo and then asked whether people whether they felt favorably or unfavorably towards the Portuguese water poodle. The catch was in some cases, Tesler said the picture was actually of Ted Kennedy's dog Splash. 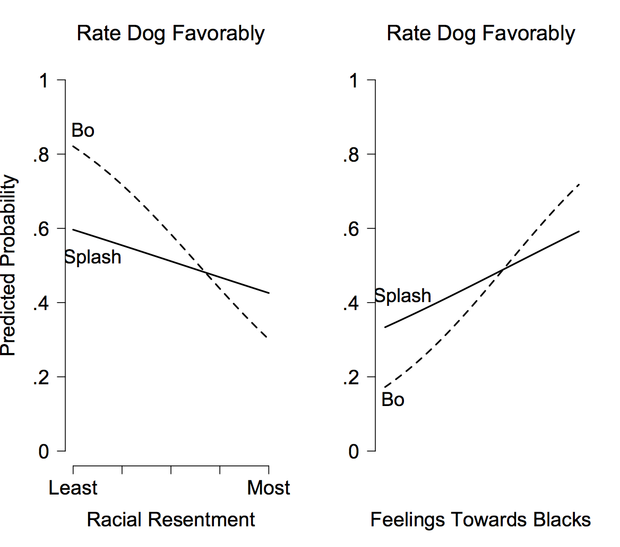 In other studies, Tesler found that dropping Obama's name made voters with higher levels of racial resentment more likely to oppose Supreme Court Justice Sonia Sotomayor as well as the Affordable Care Act.

Tesler's subsequent work has shown something even odder, though. There's been no recent period in which political behavior has done as much to drive racial attitudes. As he writes at the Monkey Cage, "racial attitudes and partisan attachments have become more closely aligned in the Obama era than they were before Obama's rise to prominence." 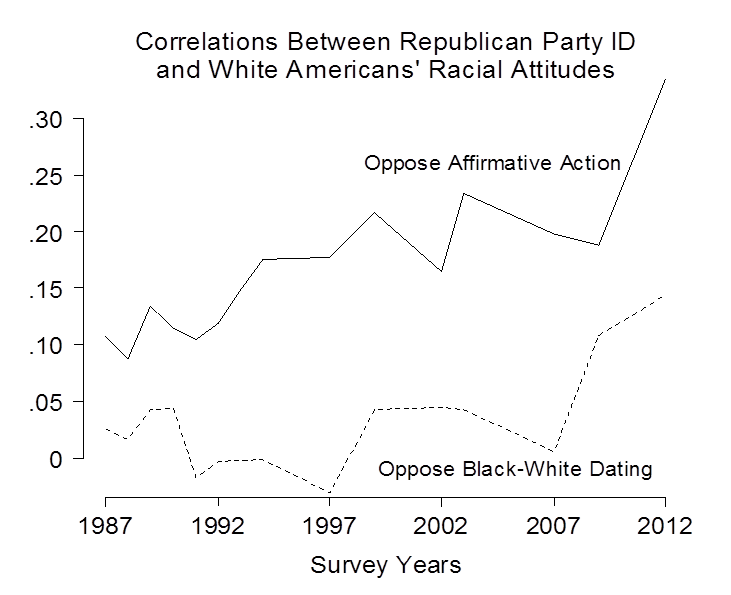 That's also how you get findings like a 42-point partisan gap on whether Donald Sterling should have to sell the Clippers and a 38-point gap on whether 12 Years a Slave should win an Oscar.