How a website charges $80 to fill out a free application

Applying for federal help to pay for college is supposed to be free. It's right there in the name of the form students fill out to qualify: the Free Application for Federal Student Aid, or FAFSA.

But at least two websites — FAFSA.com and FAFSA-application.com — charge almost $80 to fill out essentially the same form the Education Department offers for free.

Now the federal government might be able to crack down. The Education Department's Office of Student Aid successfully trademarked "FAFSA" earlier this month, which could stop companies from using the term for marketing purposes. 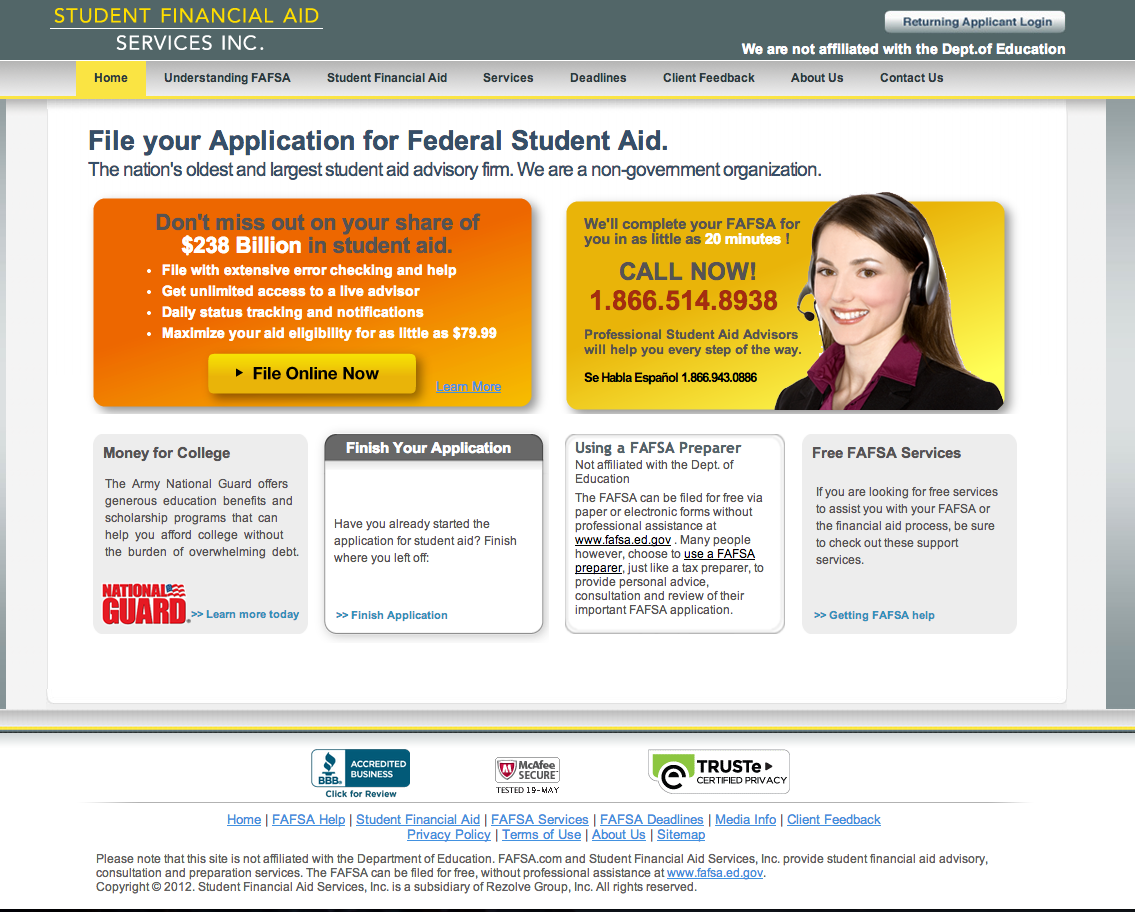 The FAFSA is only way to get federal financial aid, the biggest source of grants and loans to pay for college. It's also complex, asking students about their and their parents' income, assets and investments.

Due to this complexity, the two companies behind FAFSA.com and FAFSA-Application.com argue that they're providing a valuable service, the rough equivalent of using an accountant at tax time.

But the Education Department has simplified the FAFSA in recent years. Students can now import income information from the IRS, and they're allowed to skip some questions if they automatically qualify for financial aid because their family income is low. And while FAFSA.com offers a phone process that provides more assistance, the online option charges $79 for students to answer essentially the same questions that are on the Education Department's form.

So filling out the FAFSA at the Education Department website or with the for-profit company is a virtually identical process. It's just that one is free and the other ends with a credit card charge of nearly $80. 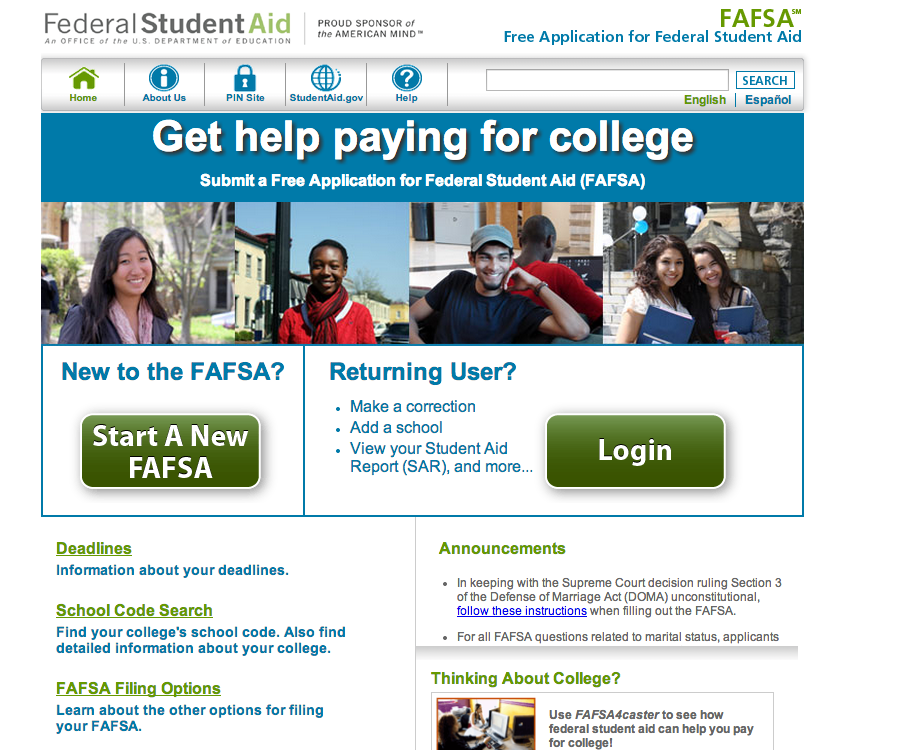 The government confronted a similar problem a few years ago involving the GI Bill, the storied education benefits for military veterans and their children. GIBill.com led to a website that supposedly offered advice on using the benefits. It referred veterans to just 15 colleges, mostly for-profit colleges, until state attorneys general shut it down in a consumer protection settlement in 2012.

A few months later, the Department of Veterans Affairs successfully registered "GI Bill" as a federal trademark. This spring, the VA announced the terms of use for the trademark. "GI Bill" now can't be used in website domain names, or company or product names. Nor can it be used to promote services not affiliated with the VA.

Similar terms of use for "FAFSA" could curtail how other groups use the term. The Rezolve Group, Inc., which owns FAFSA.com, opposed the Education Department's trademark application, arguing that FAFSA has long been used as a generic term and not as a brand. Rezolve eventually withdrew its opposition.

The government could argue that FAFSA.com and similar websites are confusing to consumers, said James Grimmelmann, a law professor at the University of Maryland who specializes in intellectual property law. The Education Department could also sue for false advertising: by using the term FAFSA, they could argue, the FAFSA preparation sites are claiming they're affiliated with or endorsed by the Education Department. (Both websites say that they're not in small type at the top or bottom of the page.)

FAFSA.com and FAFSA-application.com get hundreds of thousands of visitors per month

The counterargument would be that it's hard to describe what the companies do without using the term FAFSA, Grimmelmann says. "Whether this defense succeeds or not would turn on the line between truthfully explaining the relationship and misleading consumers into thinking there's more of a relationship than there is," he wrote in an email.

It's unclear how much business Rezolve and other companies stand to lose. But FAFSA.com and FAFSA-application.com get hundreds of thousands of visitors per month.

About 700,000 people visited FAFSA.com in March, according to Compete.com, which analyzes website traffic in the US. Another 1.2 million visited FAFSA-Application.com, the top promoted Google Search result for "FAFSA," which is owned by a group called Student Aid Application Services, LLC.

By comparison, about 6.6 million visited FAFSA.ed.gov — the Education Department's real (and free) application.