Super interesting chart from the NYT's innovation report looks at how loyal the followings of the paper's different columnists are online: 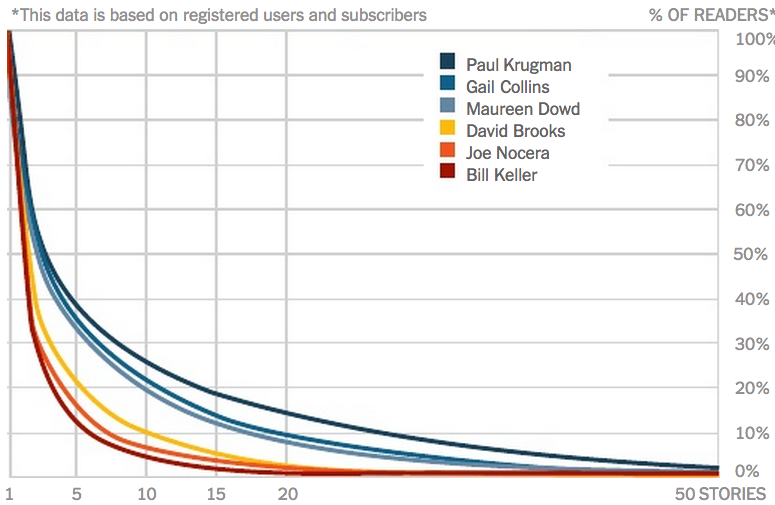 At first glance, I thought this was just showing the relative popularity of different columnists. But these lines don't actually show that. Instead they're basically Lorenz curves that measure inequality among the columnists output.

The Bill Keller readership, according to this data, is extremely hits driven. Fewer than 10 percent of people who've read at least one Keller column have managed to read 10. By contrast, Paul Krugman (appropriately) has the most egalitarian distribution. Compared to other NYT columnists, his different columns have similar levels of performance.

That said from a broader lessons learned perspective, the takeaway here should be that even Krugman's column performance is very unequal. A handful of hit columns establish the breadth of a writer's reach, but few readers are loyalists who read every column.