In defense of nuking Godzilla

Share All sharing options for: In defense of nuking Godzilla

Warning: Here be spoilers for Godzilla. But, like, every Godzilla movie is the same, so if you've seen one you probably don't have to worry too much.

Run, it's Godzill...nuclear weapons! The big climax in the new Godzilla movie comes when, in a fit of desperation, the besieged humans decide to try to nuke Godzilla. The big lizard's monster enemies, the M.U.T.O.s, love radiation, so the idea was to use a nuke to lure them all to the same place and then blow everyone up. Naturally, the plan totally fails when the M.UT.O.s use the bomb as an incubator for their nest in San Francisco. So the U.S. military ends up nearly blowing California's most fun city off the face of the Earth.

The movie plays this like the decision to try to nuke Godzilla was a huge mistake. But there is an important and well-established school of thought in political science and the study of warfare that would suggest that the military's decision makes total sense.

Here's how it applies. If we think of Godzilla as like a nuclear-armed, super-unpredictable foreign country, then, according to this school of political science thought, a preemptive strike is the most rational choice. You have no real choice but to cripple him before he can destroy you.

The irony here is that Godzilla was first designed as a sort of nuclear cautionary tale. Generally (though not in the new film), he's portrayed as a mutated monster given life by nuclear testing. The point was to illustrate the dangers of the nuclear age.

So the fact that nuclear bombs never kill Godzilla makes thematic sense. But still: humans always try it. That's because guns obviously can't kill Godzilla, and you need to try something.

The latest movie portrays the choice to nuke Godzilla as even more ridiculous than did earlier films. First, humans first nuke Godzilla in the '50s, well before he stomps all over Honolulu and San Francisco. Second, it turns out that Godzilla is actually the good guy. He only wakes up to destroy the M.U.T.O.s, who are the actual threat to American and Japanese cities.

Even given all that, the decision to nuke Godzilla still makes sense.

The name of the school of thought that would tell us to nuke Godzilla is called structural realism and it's one of the most dominant theories in modern international relations. The basic idea is that world politics will always be, at its core, a struggle over power and survival. Though war isn't always rational, the basic logic of international politics makes it occasionally inevitable. Five basic features of world politics, or scope conditions, make that true:

The basic idea is that, in an anarchic world where other governments can always hurt you and can't always be trusted, a rational actor concerned with survival would make sure they have enough power to defend themselves. But building up power makes you look like a threat. Sometimes, this competition for security leads to war.

Structural realism is far from perfect and it fails to explain a lot of what happens in international relations. The scope conditions don't hold in a lot of cases.

But it's an excellent description of human-Godzilla relations. There's no higher power that governs Godzilla's relationship with humanity. Godzilla can flatten whole cities without breaking a sweat. It's literally impossible to tell what he's thinking because he can't communicate in any known language. So rational governments who want to survive have little choice but to prepare for war with Godzilla. 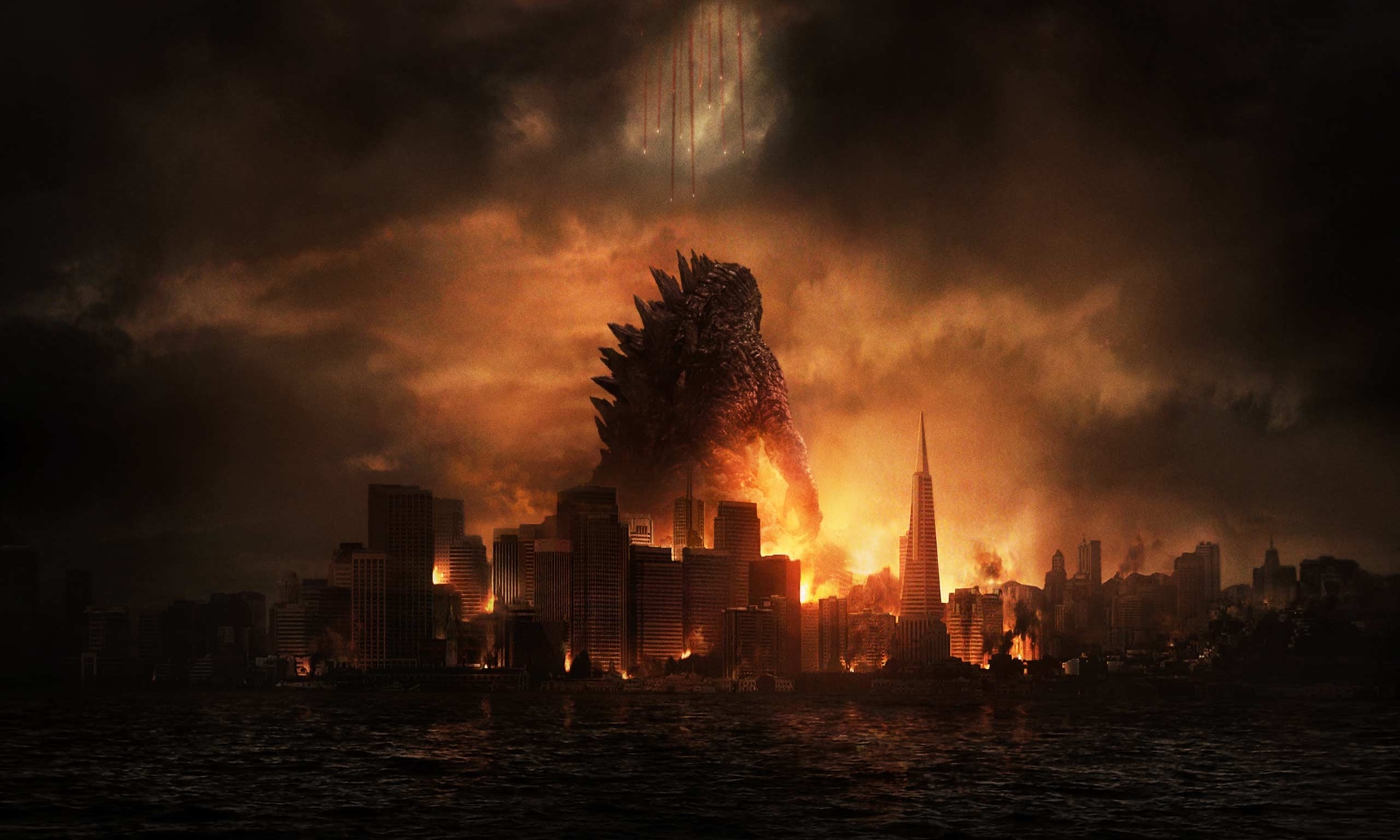 More than just prepare, in fact: strike first. Think about scope conditions 2 and 3, the ability to harm and communication. Whatever Ken Watanabe's Godzilla-worshipping scientist says, there's no way to actually confirm that Godzilla's intentions towards humanity are peaceful.

Moreover, once he does turn on humanity, nuking him becomes prohibitively costly. You'd have to target whatever city he's wrecking, spreading fallout throughout your own country. It's in every nation's interest to take him out before they're forced to make that choice.

Godzilla's very existence, then, destabilizes realist power politics. In that respect, he's sort of like nukes themselves. One of the things that made the early Cold War so dangerous is that it made a certain kind of sense to strike first. If the other guy can wipe you out by shooting first, it makes sense to nuke them before they could try. Thankfully, communication between the US and the Soviet Union were better than it is with Godzilla, which is part of why nuclear war didn't happen, but the way nukes "reward" a first strike still brought us dangerously close to global annihilation. This general from another famous movie about nuclear war makes the point more succinctly:

Today, great powers have protections against this. "Second-strike capabilities," such as nuclear submarines, allow you to hit back even if all of your leadership and cities are destroyed. That takes away the incentive to strike first; by the 1980s, the Soviet Union had less to gain by launching a surprise first strike, because the US could almost certainly still hit back.

However, young nuclear powers often don't have that second-strike power on both sides. That puts them in a Godzilla-like relationship with one another, especially if they're traditional enemies such as India and Pakistan.

So, as it turns out, Godzilla actually is a pretty good anti-nuclear parable despite the fact that it makes sense to nuke him in the films. He's proof that the spread of nukes can sometimes make devastating wars terribly rational.

Update: An earlier version of this post somewhat misleadingly suggested nukes are more powerful than they were today than in the 1950s. Individual nuclear weapons are not; in fact, the US tested its largest individual nuclear devices in the tests that Godzilla claims were directed at destroying the monster. There are many more nuclear weapons in the world today than then, so more explosive force could be brought to bear on Godzilla in aggregate today than then. That said, the individual line was confusing and so has been removed.