Share All sharing options for: The best-paid public college president made $6 million in 2012-13

The best-paid public university president in 2012-13 made $6.1 million: E. Gordon Gee, the former president of Ohio State University and a perennial on the list of best-paid college presidents.

Gee's compensation was more than 10 times what a typical public university president earns, according to the Chronicle of Higher Education's annual survey of what public college presidents make. (He earned it in a year marred by controversy; he was criticized for insensitive remarks about Catholics and suddenly retired from the university in June 2013, only to later accept another college presidency at West Virginia University.)

Nine presidents of public universities or systems, including Gee, earned more than $1 million in the 2012-13 academic year: 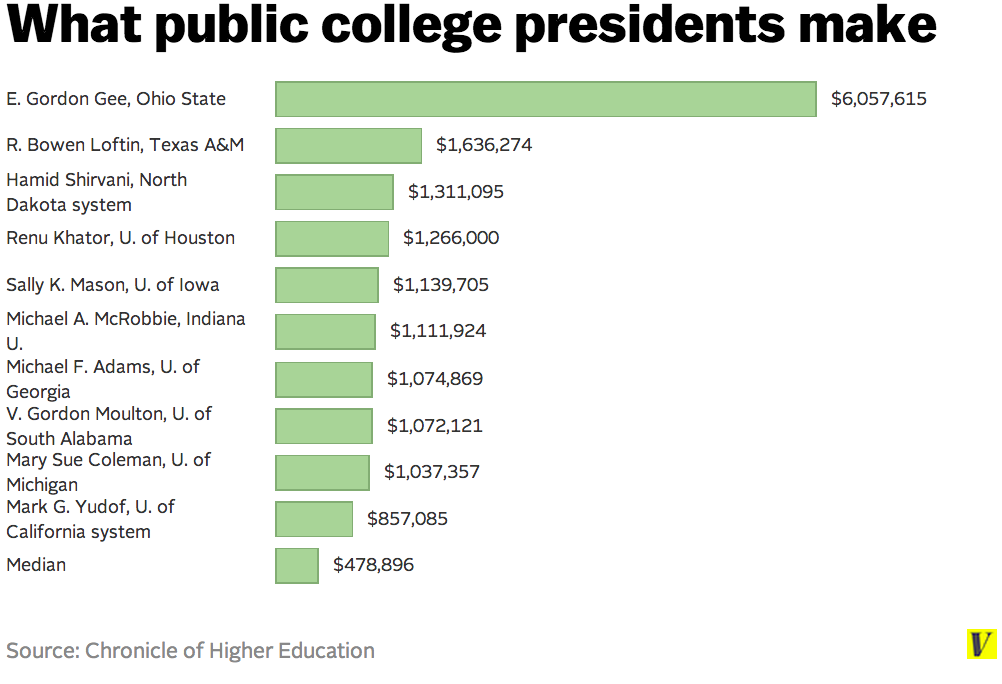 The survey counts total compensation, which includes base salary and other payments. Gee's pay was pushed up by a large amount of deferred compensation paid out to him that year.