How racial inequality in education persists 60 years after Brown v. Board of Education

Share All sharing options for: How racial inequality in education persists 60 years after Brown v. Board of Education

Sixty years ago today, the Supreme Court struck down the "separate but equal" doctrine in Brown v. Board of Education, ending legal segregation in American schools. It was a historic decision that some now fear is being undermined as schools once again divide by race. Here's a broader look at some ways that race and educational opportunity have intersected over the past 60 years — and where racial inequity persists today. 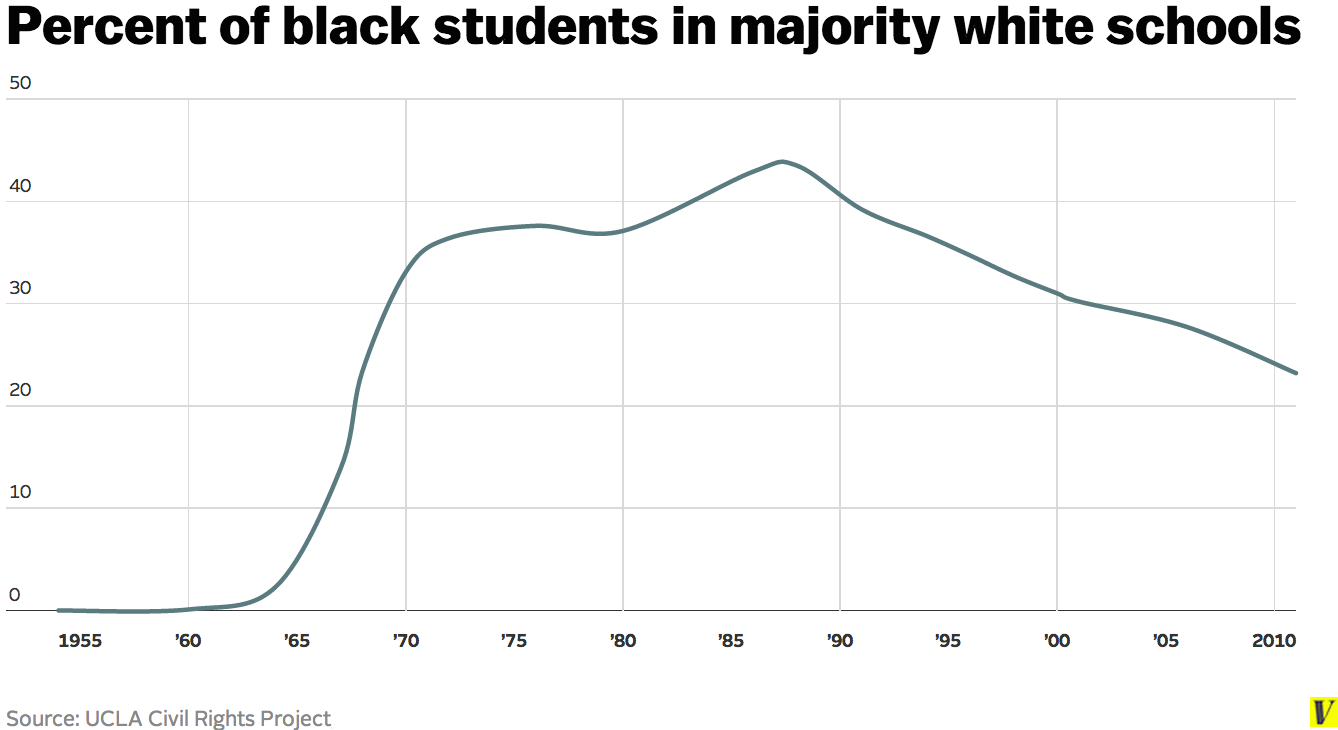 Progress was slow in the immediate aftermath of the Brown decision. Southern whites found ways to perpetuate segregation — opening low-tuition private "academies" that shut out black students in response to desegregation orders, for example. Outside the South, protests — violent ones — ensued over busing and other policies meant to ensure racial balance in schools. Still, in the formerly legally segregated southern schools that were the most affected by the Brown decision, desegregation made real progress. In 1988, the peak of school integration, close to half of black students attended majority-white schools.

Then a series of Supreme Court decisions narrowed the scope of desegregation orders, the federal government backed off on its enforcement, and schools once again became separated by race. By 2011, just 23 percent of black students were in majority-white schools, the Civil Rights Project at the University of California-Los Angeles found — the same proportion as in 1968. And it's now the Northeast, not the South, that is the most intensely segregated. 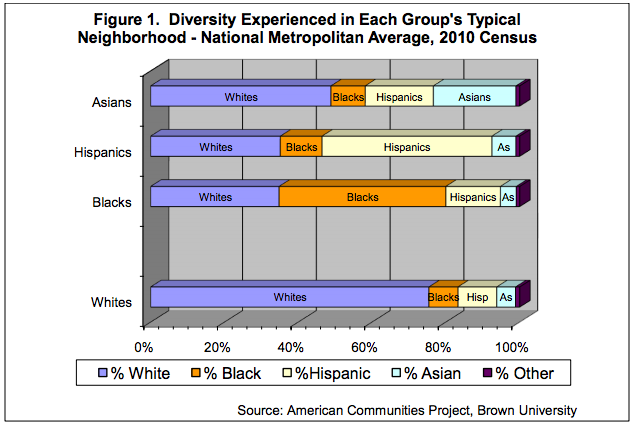 When federal courts began easing up on desegregation orders at the direction of the Supreme Court, longstanding patterns of housing segregation meant that schools quickly resegregated. Wonkblog's Emily Badger has a long look at the interplay between housing policy and school segregation, including the fact that, by age group, school-age kids live in more segregated environments than anyone else.

The demographics of schoolkids have changed 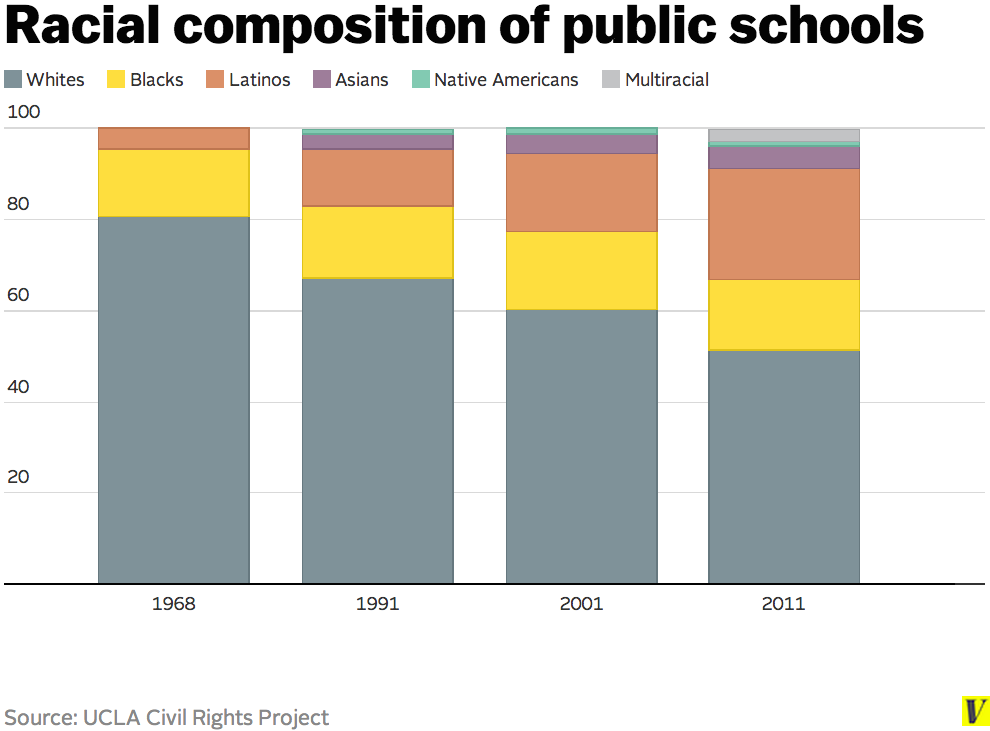 In 1965, the first year the Civil Rights Project at the University of California-Los Angeles has data on school segregation, about 4 in 5 kids in public school were white. Now white students are on the cusp of becoming a minority within the public schools.

From generation to generation, whites make up a shrinking percentage of all Americans. And children enrolled in the public schools are less likely to be white than their generation as a whole. According to the Brookings Institution's analysis of Census data, 55 percent of 5- to 17-year-old Americans are white; just 51 percent of public school students are. 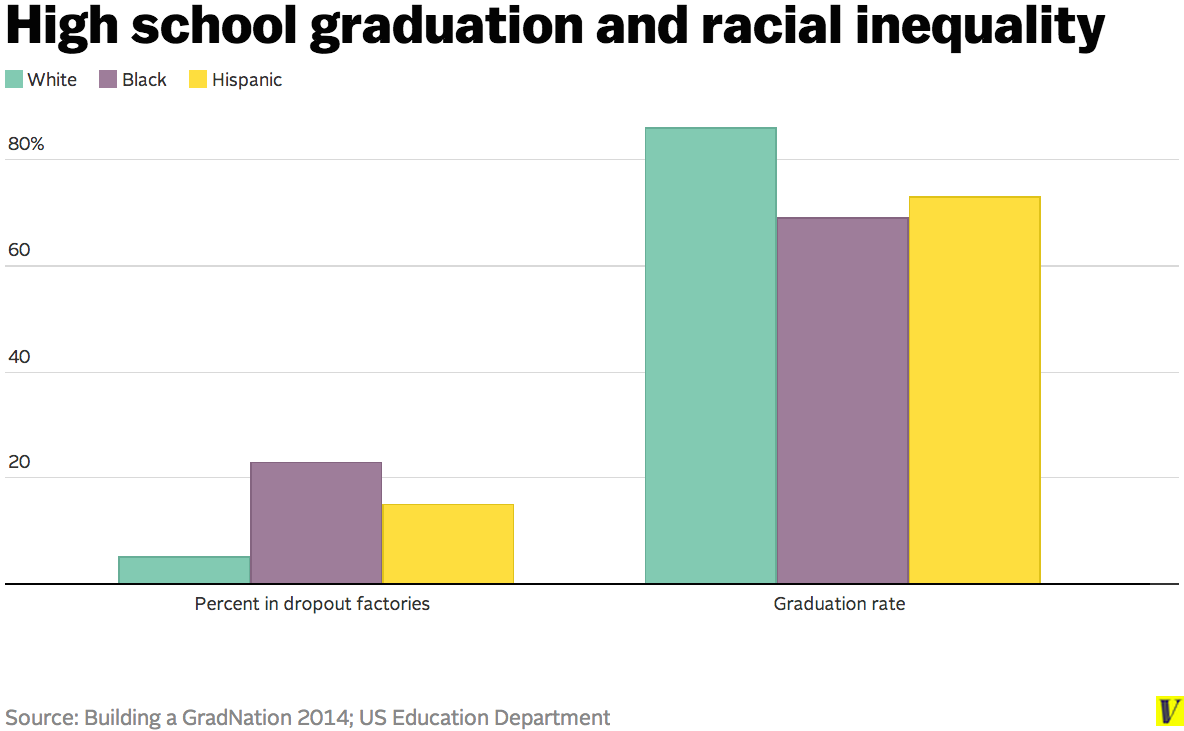 "Dropout factory" high schools — where less than 60 percent of students who start as freshmen end up graduating — are disappearing. Still, where those schools remain, students of color are disproportionately clustered: 23 percent of black students and 15 percent of Hispanic students attend dropout factories for high school, compared to 5 percent of white students.

Still, that's a tremendous improvement over a decade ago, when nearly half of black students and 40 percent of Hispanic students were in dropout factories, compared to 11 percent of white students. 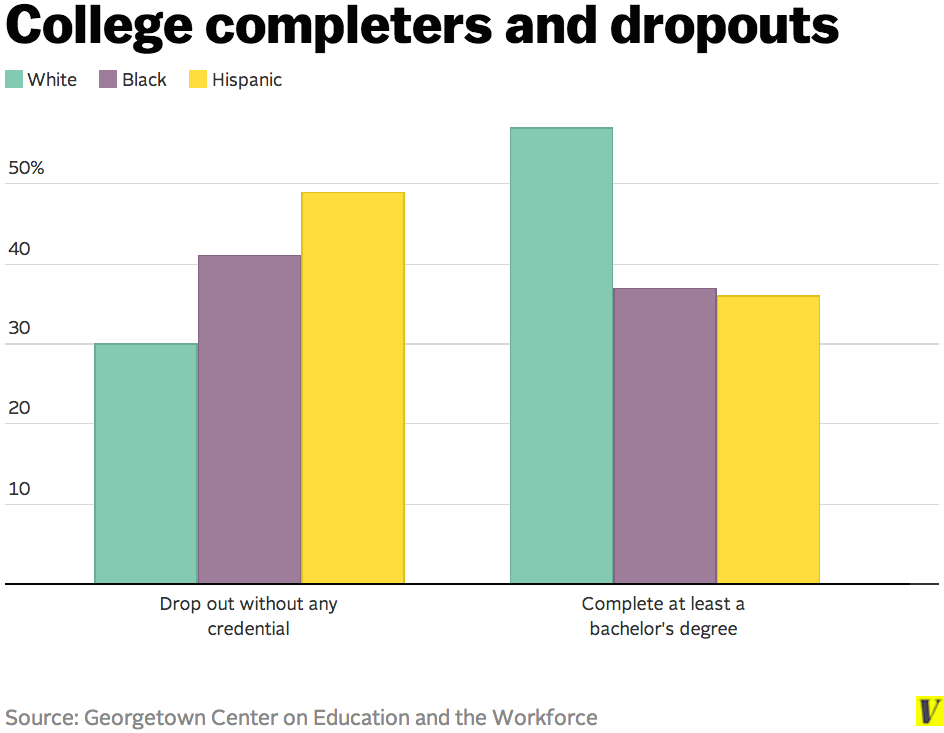 But the college experiences of whites look very different from their minority peers, the Georgetown University Center on Education and the Workforce found. White college enrollments grew more modestly in the same time period, but their enrollment growth went overwhelmingly to the 468 most selective four-year colleges. Black and Hispanic students' enrollment growth was driven by the rest — two- and four-year colleges without admissions criteria.

By age 30, whites are almost twice as likely to have completed a bachelor's degree as African-Americans, and and three times as likely as Hispanics.

This matters not just for them, but for their children, because parents' education levels strongly predict how educated their children will be. The "separate and unequal" education system, the researchers concluded, "reinforces the intergenerational reproduction of white racial privilege."