Share All sharing options for: Meet Obamacare's secret weapon in the war on exorbitant health-care costs

Obamacare isn't only about its insurance exchanges.

There's actually another half to the health-care law: it reforms payments to doctors. And these reforms could play a big role in reshaping the US health-care system. They are, in short, what the Obama administration hopes will drive down the US's high health-care spending over time.

Perhaps the biggest of those reforms is accountable care organizations (ACOs). These organizations band doctors and hospitals together under a fixed budget and the potential for bonus payments to encourage them to find savings and improve health outcomes.

There's actually another half to the health-care law: it reforms payments to doctors

The bad news is federal reviews so far show that only about a quarter of ACOs participating in federal programs have saved enough money to get payment bonuses through Medicare.

MissionPoint Health Partners, however, seems to be one of the ACOs making the program work. The organization has partnered up with major health-care providers in recent years to establish ACOs for both private and public programs.

The company also estimates it saved private, self-insured patients roughly 12 percent in health-care costs during the ACO's first year. (The company couldn't provide how much money it's saved through public programs like Medicare, since that information is embargoed.)

So what does MissionPoint think it's doing right? I interviewed CEO Jason Dinger to find out, and he provided three broad lessons for other organizations trying to get into the ACO business.

1) Focus on the patient's home life

Dinger attributes most of his organization's success to how it addresses issues outside the doctor's office.

"When we have fallen short, it's when just we've tried to educate someone as opposed to helping them solve for their problem"

As a few examples of these issues, he points to patients' access to clinics and grocery stores, ability to cook certain foods, and whether someone uses a step stool to get on a bed. These issues can seem out of sight and mind for many doctors, but Dinger says they can play a much bigger role in a patient's long-term health than, say, a diagnosis or prescription.

To help address these issues, one thing Dinger's organization promotes is home visits — something the company did not do prior to establishing an ACO. These not only let medical providers see problems at home firsthand, but they also let providers develop realistic solutions. That close attention, Dinger explains, helps much more than a simple education.

"When we have fallen short, it's when we've tried to educate someone as opposed to helping them solve for their problem," he says.

Other times it can be a matter of simply making life easier for patients. MissionPoint realized it was seeing lots of children with asthma in the emergency room. The organization figured out many patients were trying to administer their asthma medication without a plastic spacer, which was more expensive than the actual medication. So MissionPoint started paying for spacers, and emergency visits dropped as a result.

2) Set up the right tools and network

Building a technology system to track patient outcomes is expensive, which is why Dinger thinks it's important to have a large system in which the size of programs is scalable.

"it can be very hard to have a robust ACO solution for just a single, small population of patients"

"You have to make that investment. Then the challenge of the ACO is growing its membership enough to offset those costs," Dinger says. "But it can be very hard to have a robust ACO solution for just a single, small population of patients — and I think that's what some people are finding."

Building up a large population of patients is possible for a growing organization like MissionPoint, which serves thousands of members in six states.

But it's much harder for scrappy startups and smaller clinics and hospitals with little-to-no reputation in the ACO business. That, Dinger speculates, might lead smaller institutions to merge and consolidate with industry giants — a trend that has already been going on for years but could, in theory, be worsened by ACOs. That could reduce competition in the health-care market, which, Kaiser Health News explained, seriously worries some health economists. 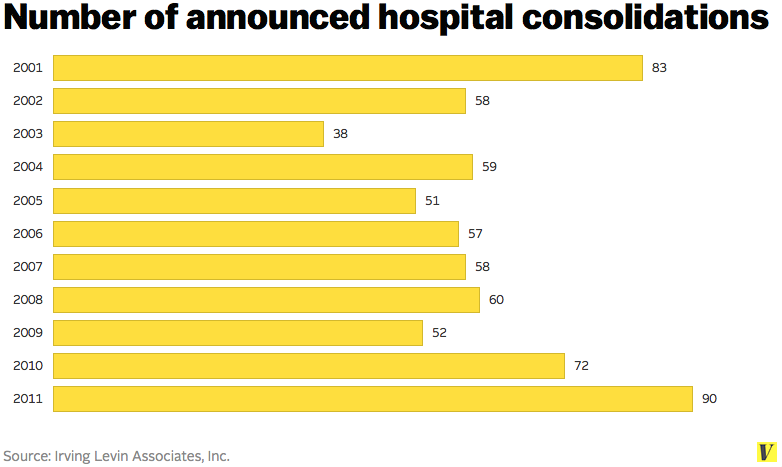 3) Don't be afraid to experiment

A large part of building an ACO is simply launching to see what works and what doesn't. Dinger guesses that figuring out what works is 90 percent on-the-job experience.

"getting started is the most important thing, and then consequently building a system that can handle multiple populations is second"

"I think often we err on trying to design this really complex system without getting started. But getting started is the most important thing, and then consequently building a system that can handle multiple populations is second," Dinger says.

The big point is that ACOs should not be afraid to be flexible and experiment. When MissionPoint has tried to just educate patients it didn't work nearly as well as more involved personal attention to individuals — that was a lesson learned and incorporated into the organization's best practices.

"You're trying to build a to-do list that a health partner in our world can do when working with an individual patient," Dinger explains. "The challenge is that over time you probably start with a list of 100 to-dos, but you realize that 25 are really effective."

Weaning down this kind of to-do list can be a constant challenge for providers in ACOs, because the 25 really effective treatments for one patient might be completely different for another patient. So this part of the process largely comes down to learning and adapting to different situations.

This, in the end, might be the defining difference between successful ACOs and those that don't significantly reduce costs. Dinger says it's important for ACOs to look at all these problems — and the lessons that can be learned from them — as solvable. Otherwise, it's going to be really difficult to continue making progress.

"There's lots of things in our business we could throw our hands up for," Dinger admits. "But it's about making sure it works."