Share All sharing options for: The CDC endorsed an HIV prevention pill

Some men need their own pill — not the birth control pill so many women use, but an HIV prevention pill.

The Centers for Disease Control and Prevention (CDC) this week announced its support for PrEP (preexposure prophylaxis), a once-a-day antiviral pill that helps prevent HIV. The pill, manufactured by Gilead Sciences, is more popularly known as Truvada on the market.

Specifically, the CDC asked doctors to consider Truvada for patients in relationships with an HIV-positive partner, gay and bisexual men who engage in risky sexual behaviors (such as multiple male partners or unprotected sex), heterosexual men and women with partners who also engage in risky behaviors, and anyone who uses injection drugs or shares needles.

This is big news: the drug has been on the market for years, but the CDC's support could push more doctors to seriously consider the drug.

Truvada really does reduce the risk of HIV infections

Several studies found that consistently taking an HIV prevention pill can reduce the chance of infection by 90 percent or more. And that risk, the CDC notes, can be reduced further by using a condom and other prevention strategies.

The treatment, however, doesn't come cheap: it can cost more than $15,000 a year. But the pill is often covered by health plans, and Gilead offers financial assistance to those who don't have the proper coverage.

The drug can also, in rare instances, cause some serious side effects, ranging from too much lactic acid in the blood to serious liver problems. As a result, the CDC recommends people prescribed to Truvada get consistent check-ups to make sure nothing is going unexpectedly wrong.

Still, used correctly, the drug can play a significant role in preventing a disease that's still a constant fear for many people.

A recent CDC fact sheet sounded the alarm on new HIV infections. For one, the disease is still very common among men who have sex with men: it's roughly 44 times more common among that population than other men. 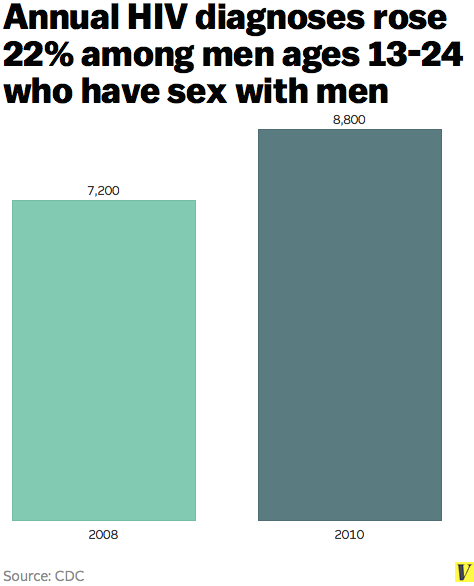 Even though black people make up roughly 13 percent of the population, they accounted for disproportionate sections of new HIV infections. 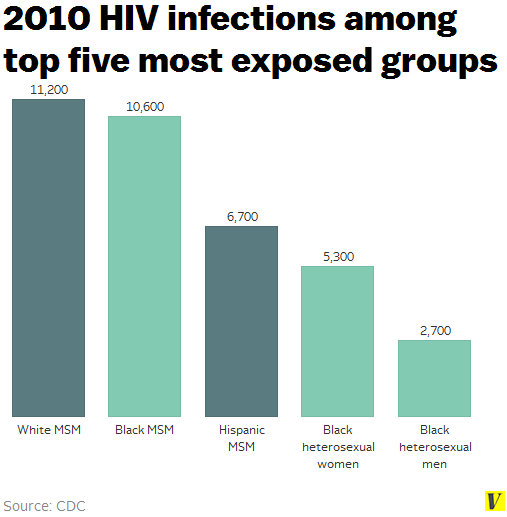 The good news is that HIV isn't the death knell it used to be. Several treatments can now reduce an HIV-positive person's viral load to undetectable levels — to the point that the disease becomes nearly impossible to transmit, according to early evidence from an ongoing study.

Truvada and the other available treatments obviously don't eliminate the many risks of HIV, and HIV-positive people still need to get consistently checked to avoid any signs of their condition worsening. But it does make the disease considerably less infectious and deadly than it was during the terror-ridden 1980s and early 1990s. The CDC's decision could help reduce that terror even further.